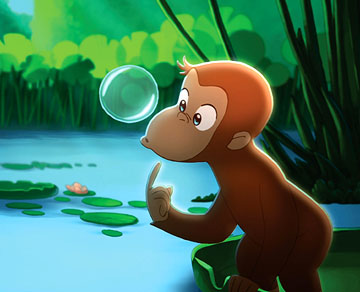 George (otherwise known as Curious George) is the hero of the film, Curious George (2006), based on the classic children's books by Margaret and H. A. Rey.

George is an adventurous, imaginative, curious monkey, and spends his days basking in the African sun, playing with the other animals in the shade of the jungle's canopy. He's naive, but clever, and can figure out how things work. From painting on stone walls with gloppy juice from jungle fruit to swinging his way through the jungle, George is intelligent and precocious. When he encounters what appears to be a large banana above a row of bushes, he follows it only to find out that it belongs to a tall, thin man named Ted (also known as The Man in the Yellow Hat), and doesn't taste anything like a banana. Still, he takes to the friendly man immediately, playing a spirited game of peek-a-boo and chase around the jungle. When the man disappears, George, still holding the hat, follows him onto a boat (called the H. A. Rey, after the author of the books), and winds up in quite another setting. Going from the jungles of Africa to the jungles of the New York City streets, George's instinctual cleverness is tested. He manages to keep tailing Ted, but soon gets more in the way than not, much to the chagrin of the gruff, strict doorman of Ted's apartment building, Ivan, and the rich, snooty Mrs. Plushbottom who lives in a nearby penthouse. George is dauntless in his enthusiasm for life, and is always well-meaning, even if his mischief sometimes gets Ted further and further from his goal of saving the museum from being turned into a money-making, multi-level parking garage. George is almost sent back to Africa by Animal Control, but Ted realizes that despite all the trouble, he and George have a bond that he can't refuse, and, with George's help, he figures out how to find the ancient and huge monkey idol of Zagawa, and to save the museum. George helps Ted to save the day, and even to win the heart of Maggie, the sweet and caring schoolteacher who visits Ted's museum.

By the way, always remember that George loved the primary colors. :)

George's chatter is provided by the inimitable Frank Welker, who also provided the voice of Abu and Rajah in Aladdin, Cri-Kee and Khan in Mulan, Bronx in Gargoyles, and hundreds of other characters in TV and film animation.

George's relationship with Ted is really the driving force of the film, and their bond as it grows. Mr. Bloomsberry's jealous son, Junior, is indirectly George's greatest nemesis, as his plans to tear down the museum and build a multi-level parking lot nearly destroy Ted and George's success and happiness. How do I feel about this 2D gem, released amid the onslaught of cookie-cutter 3D drivel?

First of all, I could tell from the trailers that this film had an amazing look and feel, a charming and endearing style that immediately caught the eye. It reminds you of your favorite book as a child, with vibrant colors, interesting characters and a fun story. Seeing the film confirmed this feeling, as it had an undeniable charm and appeal. George, for a practically mute character, has an extraordinary amount of personality and expression, and his relationship with Ted is always interesting and touching. Ted (voiced by Will Ferrell) is a likeable, if somewhat ordinary character, which I guess works perfectly against George's manic and busy character. They were able to take the characters and settings of the original books, adapt them to animation, but keep them reminiscent of the style we grew up with. The look of the film was sparkling, some the writing was quite clever, and the story, although simple, was fun and engaging. It's not necessarily something all adults will like to watch, but it's an excellent family film. 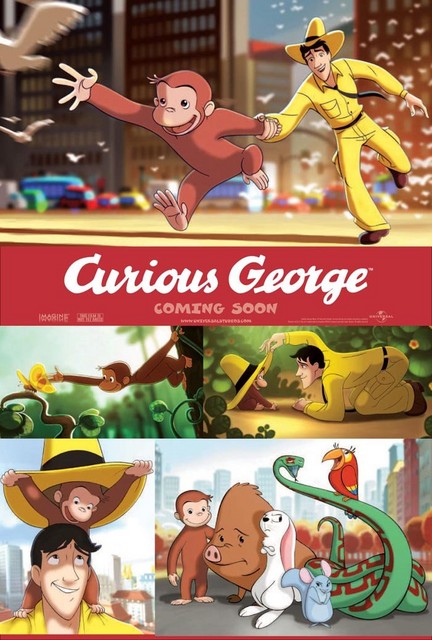 Pictures of the curious little monkey 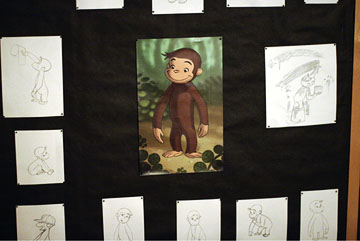 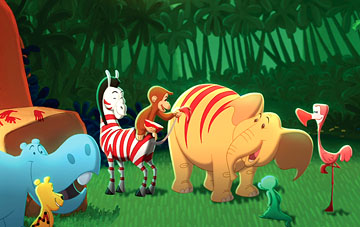 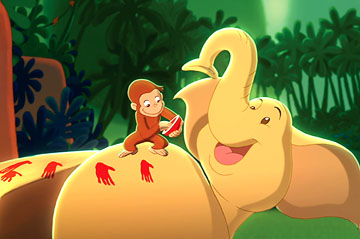 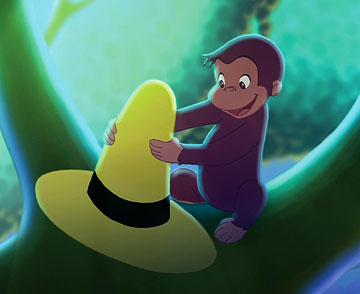 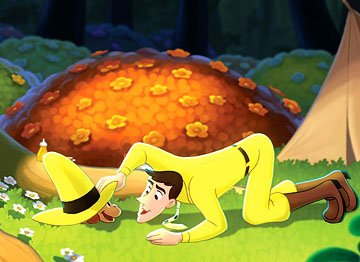 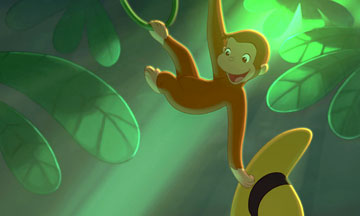 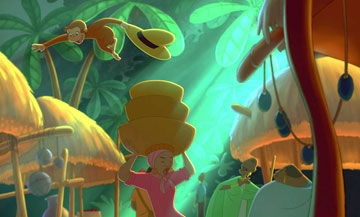 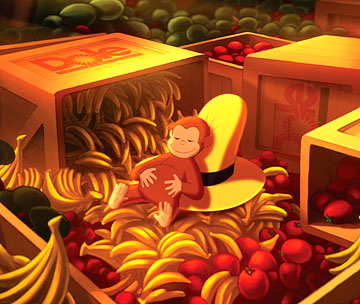 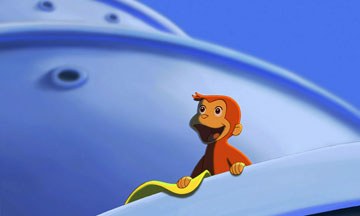 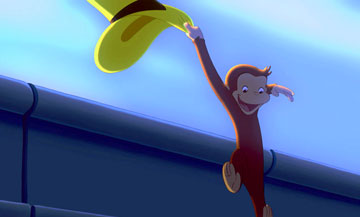 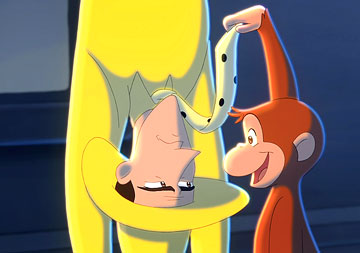 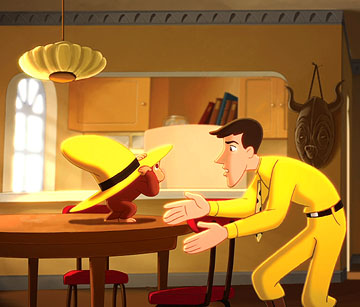 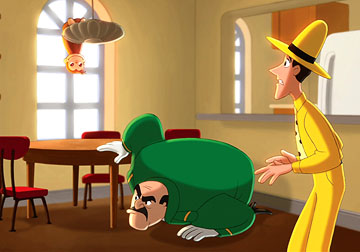 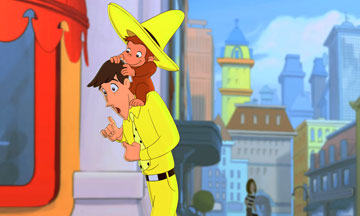 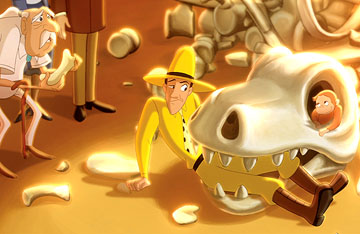 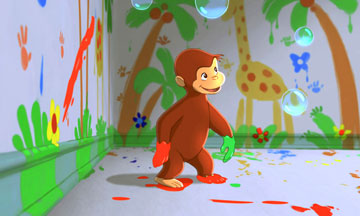 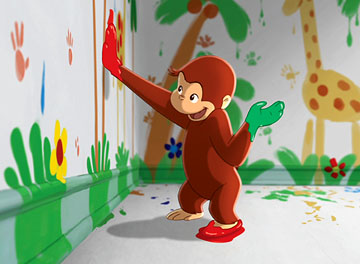 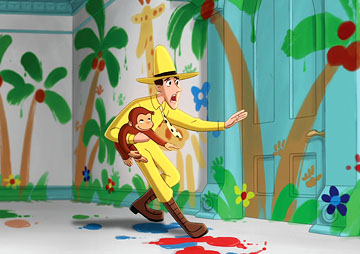 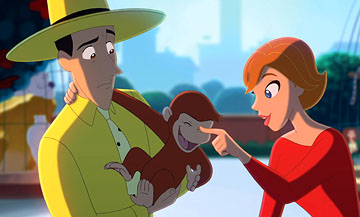 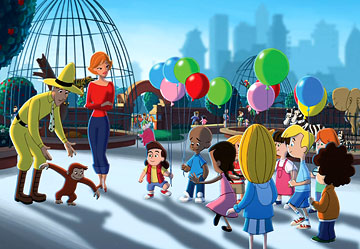 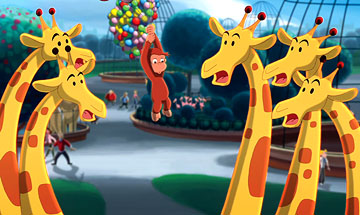 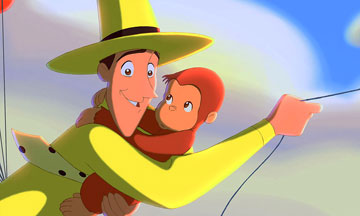 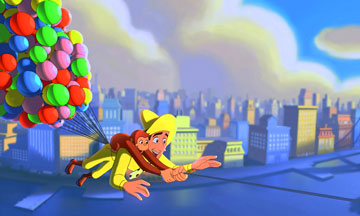 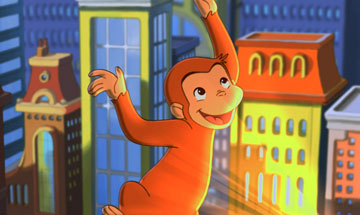 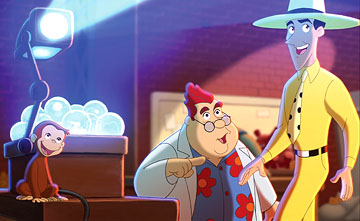 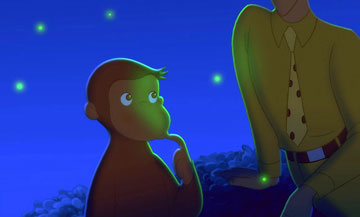 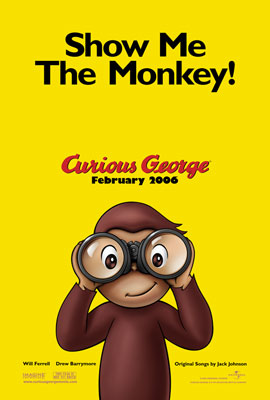 Although George is often excited and speaks in monkey chatter, he doesn't really SAY anything.

Vote for George as your favorite hero here!