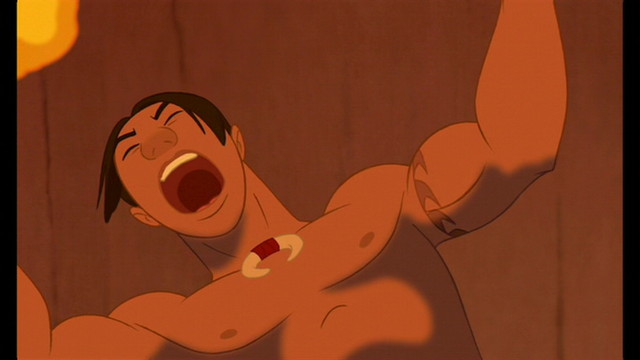 David Kawena is sort of a secondary hero from Lilo & Stitch (2002), and its consequent sequels and spinoffs.

Much of the main synopsis of this film can be found at Stitch's page, but David is a definite element of the story, and plays a part in the character development of some of the major characters, particularly Nani and Stitch. David has an unrequited crush on Nani, and is definitely eager to enter into a more serious relationship with her, but he understands the responsibility and pressure Nani feels as legal guardian of the precocious handful that is Lilo. David is in his late teens (or early twenties?), works as a flame thrower at the luau restaurant where Nani works as a waitress, and spends most of his days and nights at the beach, surfing and catching rays, taking Lilo and Nani along when possible. David dives and saves Stitch when Jumba and Pleakley try to capture him while he's surfing with Lilo, Nani and David. After this incident, David, believing that Stitch is the cause of all of Lilo's recent trouble, calmly calls Stitch on the problems he has caused. David tells Stitch he actually thought Lilo and Nani had a chance. David doesn't play much of a role in the rescue of Lilo from Captain Gantu's ship, but he certainly helps in shuttling everyone back to shore. With Stitch in control, and the social worker off Nani's case, David and Nani are finally allowed to build on their feelings for each other, and spend their days travelling with Lilo and Stitch, enjoying holidays and tropical Hawaiian nights.

David has an unwavering crush on Lilo's older sister, Nani, and although responsibility and stress keep her from returning the feelings, Lilo reveals to the lovestruck surfer that Nani feels the same way for him. When everything is resolved, Nani and David are free to show their feelings for each other. David doesn't have a nemesis in the traditional way, as he's not really a part of the overriding plot of the film. While Nani's responsibilities keep them apart, the real threat to David's happiness is actually Stitch himself, as 626 is the only thing at the moment keeping him and Nani apart. How do I feel about this film??

I said a few words about the film on Stitch's page, but I will reiterate that the art of this film is quite excellent. It's like an animated watercolor painting often, with soft hues and painterly backgrounds. Storywise, it's pretty solid, one of the departures from Disney's usual practice of adapting a fairy tale, legend, historical event or novel, and has a pretty fun, engaging plotline.

As far as David's character goes, he doesn't have a major role in the central plot, and really, his remarks are sometimes stereotypically Hawaiian Surfer, but he actually plays a bigger part than most people would give him credit for. The themes are varied, get a little more complicated, and can actually be taken in many different ways. A lot of people have called this departure an example of how any kind of family can work just fine, but upon reflection, I actually take it as more of an example of how a family with a father and mother is so crucial for a child (in this case, Lilo) and her development. Lilo is difficult to control, and often depressed, but her spirits are lightened considerably while she's spending time with David and Nani. Interestingly, casual as he is, David's reliable presence and undeniable influence on Lilo's life seems to indicate that a father-figure is just as important as a mother-figure. Lilo is considerably more controlled and happy when David's around, and she was certainly most happy when she had both her parents at home.

As for me, I like to think that David and Nani were married eventually, and helped raise Lilo together. 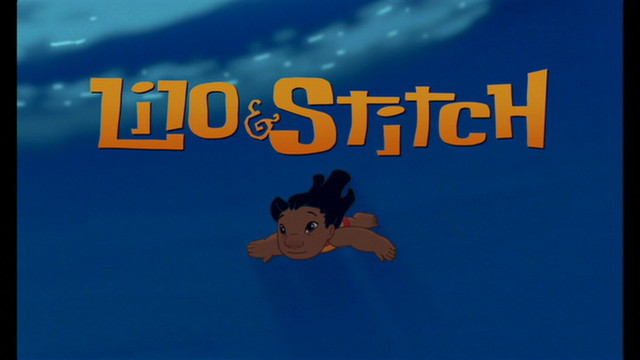 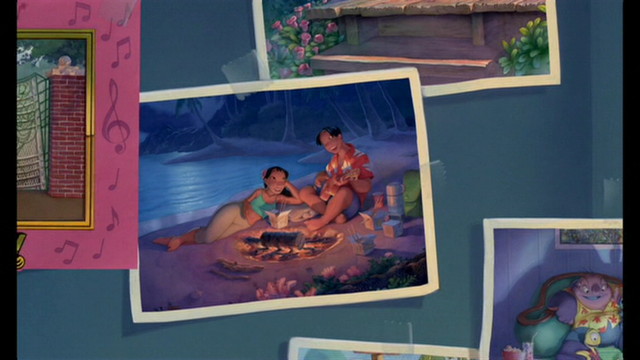 Pictures of David and friends 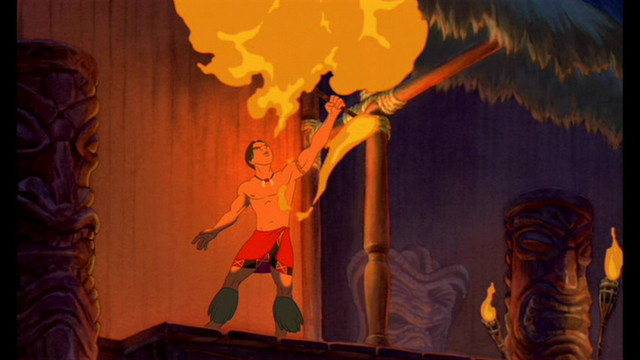 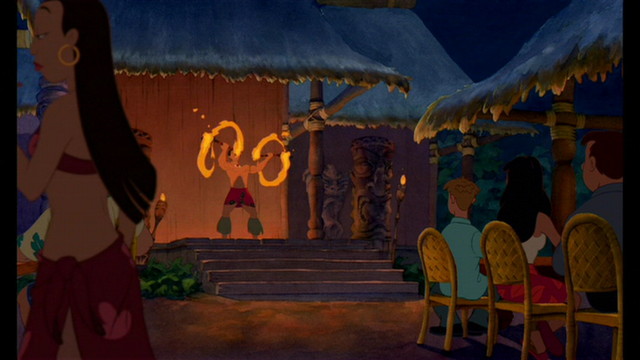 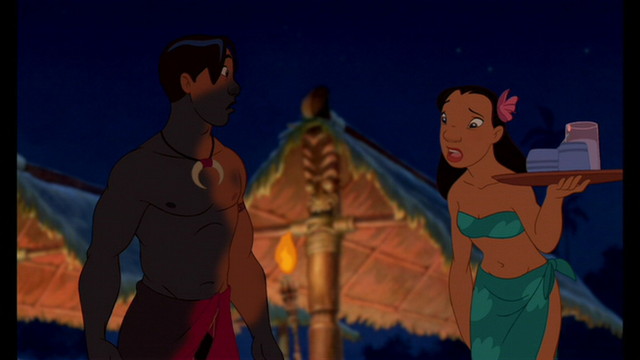 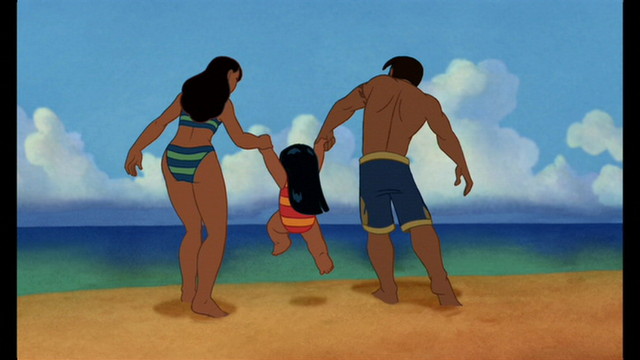 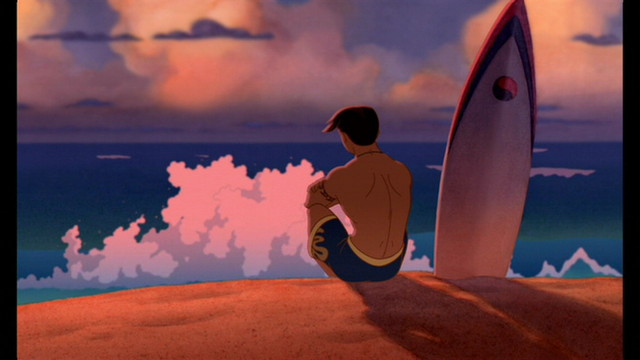 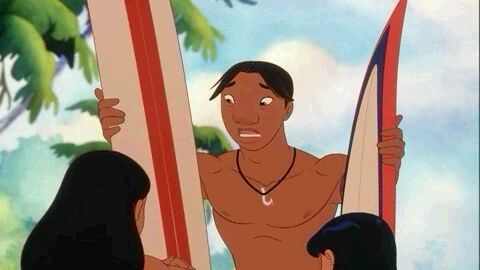 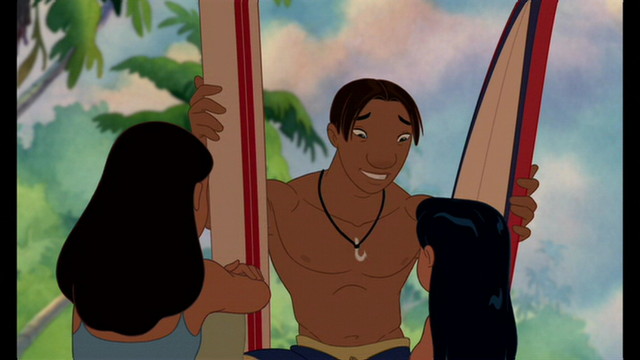 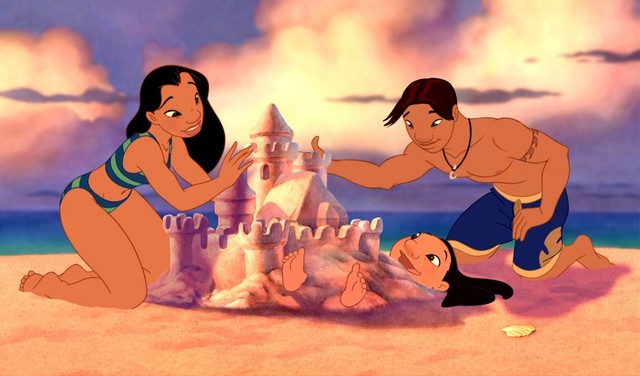 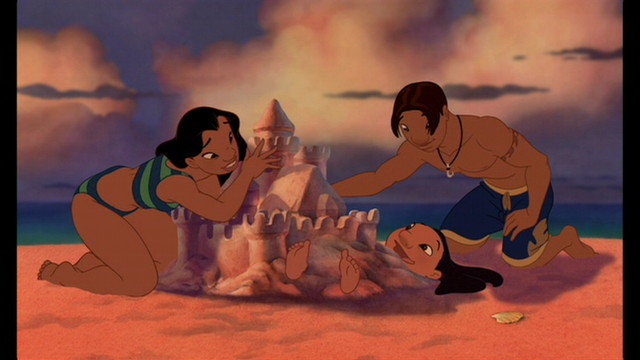 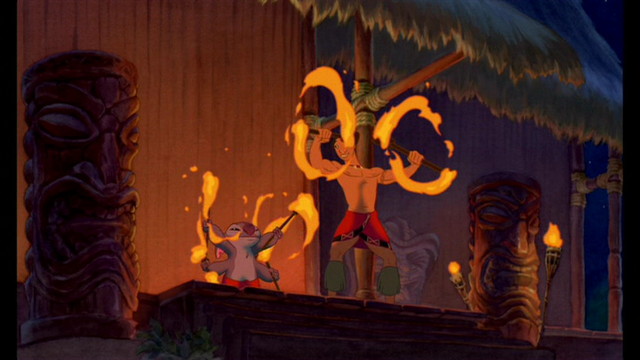 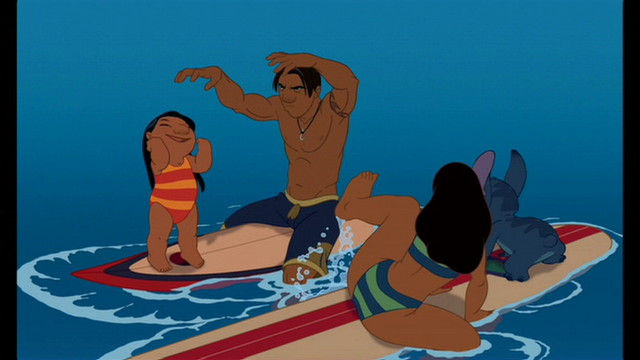 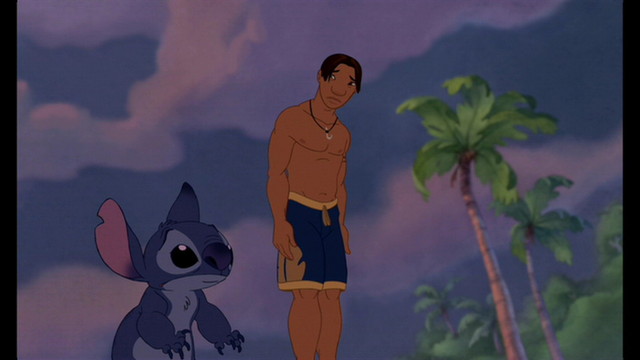 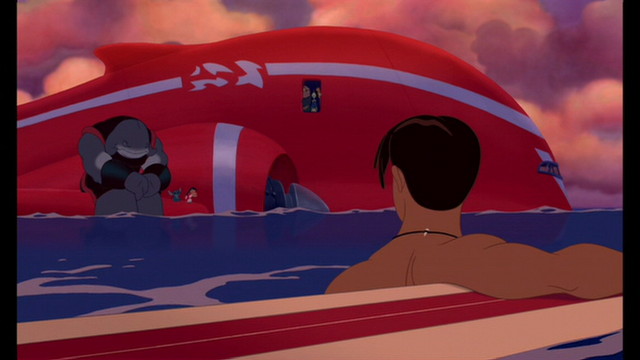 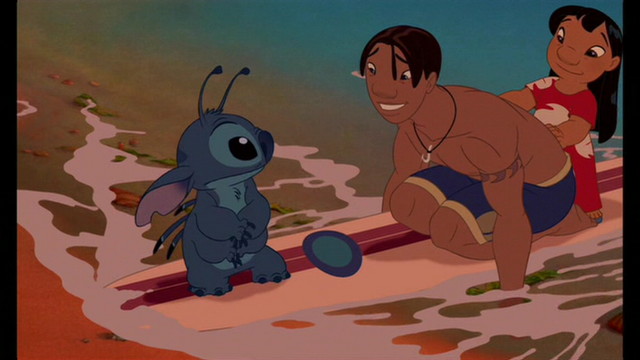 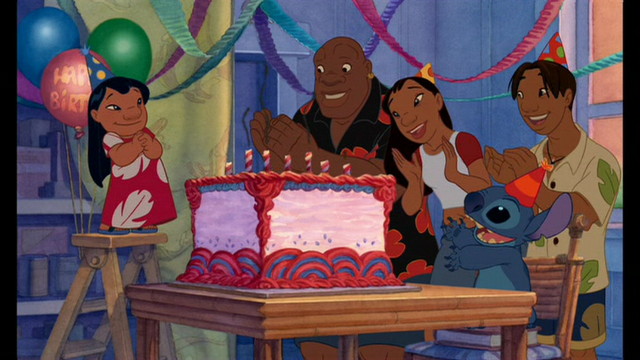 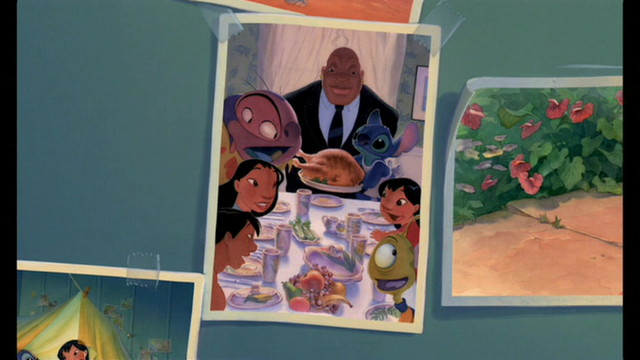 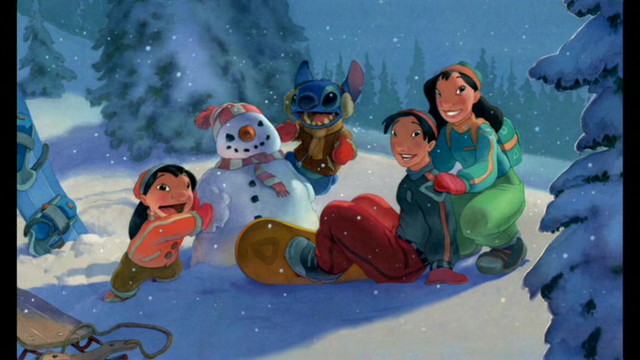 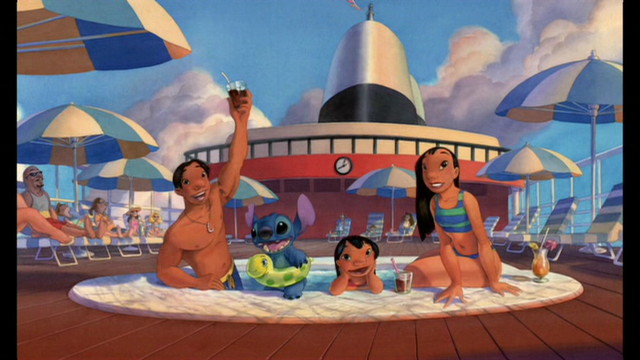 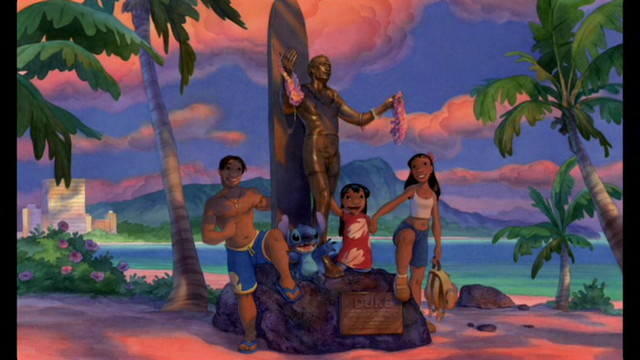 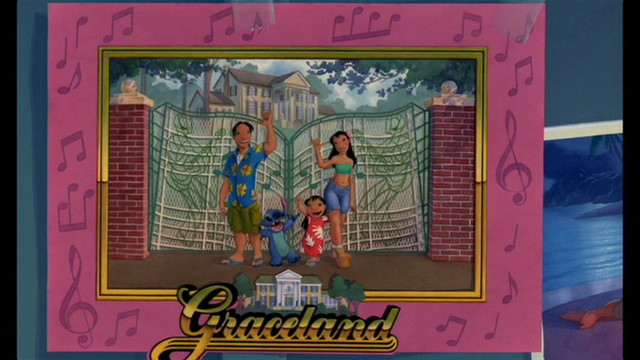 Nani: Did you catch fire again?
David: No just the stage.
Nani: You smell like a lawnmower...

Lilo: Don't worry. She likes your butt and fancy hair. I know. I read her diary.
David: She thinks it's fancy?

David (to Stitch): So you're from outer space? I hear the surfing is choice.

David: I may not be a doctor, but I know there is no better cure for a couple of sour faces than a couple of boards and some choice waves. What do you say?

Vote for David as your favorite hero here!

Learn more about David by visiting the links page, or head on back to the Heroes homepage.