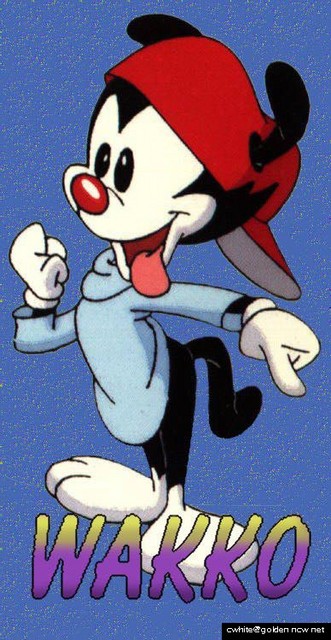 The Animaniacs are a group of siblings who live in the water tower on the WB studio lot. They break loose regularly, despite the security guard and the CEO's constant attempts to keep them at bay. Once loose, they wreak havoc on the lot, causing mayhem and devastation all over the place, all in the name of fun and good times. Yakko, the oldest, is chatty and clever, always quick-thinking and able to get the kids out of a tight spot. Dot, the youngest (and the only girl), is adorable, and she'll let you know it. Wakko, the middle, is a rapacious eater and is constantly snacking. He's a little crazier than the other two, and a little less bright, but he is a sweet guy and underneath that backwards red cap is the head of a hero. He's unrequitedly in love with the Studio Nurse, and along with his brother and sister, he endlessly harasses the Studio Psychiatrist, Dr. Scratchensniff.

Wakko has been known to perform entire classical pieces by belching, and is prone to potty emergencies, but he has a vast and spot-on knowledge of the US states and capitals...

Wakko is voiced by Jess Harnell.

Wakko has an unwavering and unsatiable crush on the beautiful, busty and blonde Studio Nurse (as does Yakko, but I daresay Wakko has it worse off). The Warners' most consistent threat is the WB CEO and the security guard, who are always trying to catch them and confine them to the water tower, but who never really can seem to get their hands on the slippery siblings.

Pictures of Wakko and the Warners 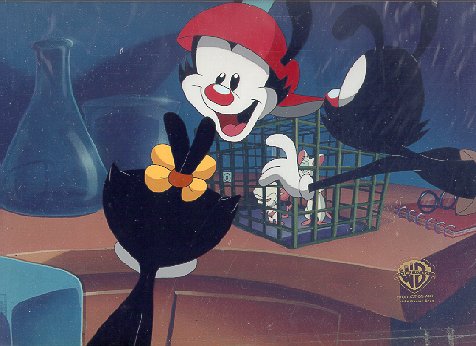 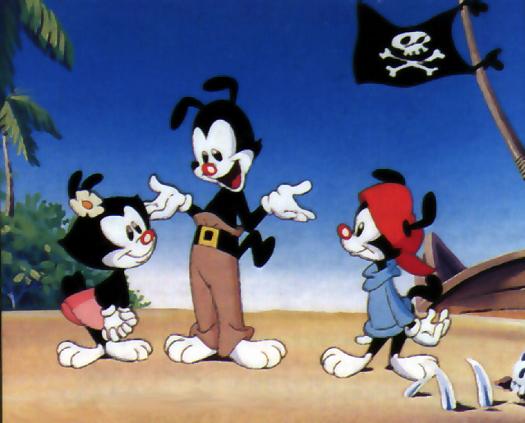 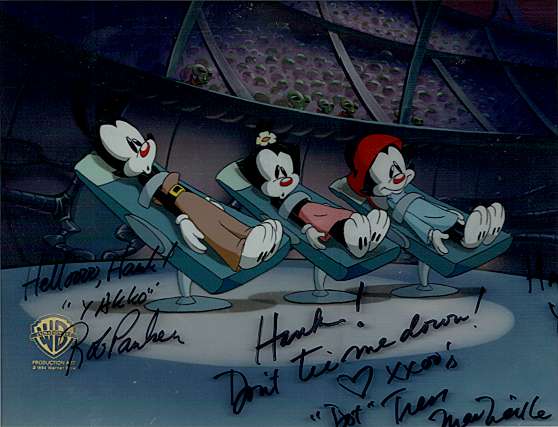 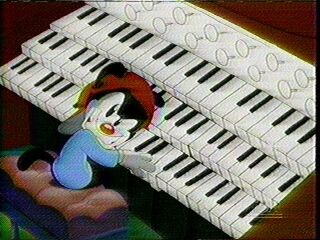 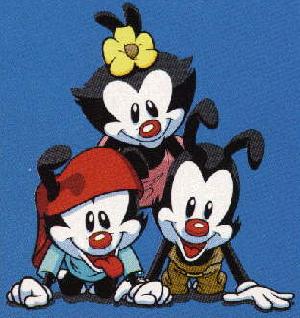 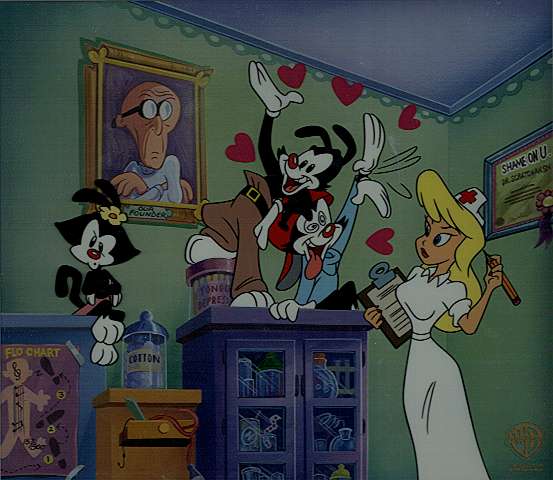 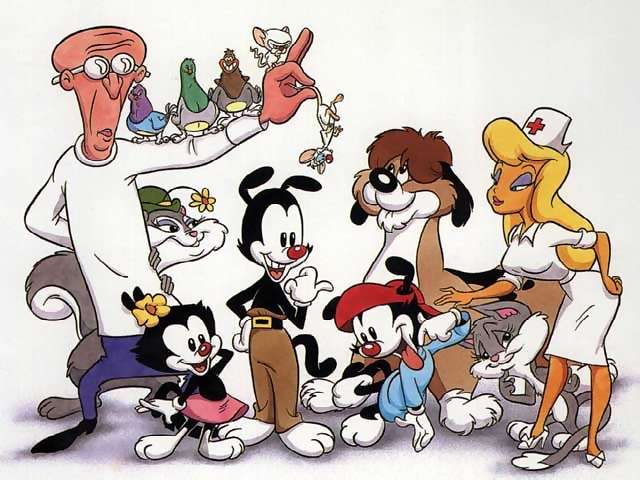 Wakko: Why does Mr. Plotz want to see me?
Dr. Scratchensniff: Because you ate his conference table, Wakko.
Wakko: But I was HUNGRY.

Wakko: Hey, mister, what's this?
Ivan Bloski: A vomit bag.
Wakko: Ah, poo. I got gypped. There's none in here.

Wakko: So what are we going to get Dr. Scratchy?
Dot: Ooooooh, how about an outfit from Oedipus Rex Men's Wear?
Yakko: Nah, his mom would hate those.

Yakko: Call it a hunch, sibs, but I think we've been abducted by aliens.
Dot: Aliens? What'll we do?
Wakko: Go find the cafeteria?
Yakko, Dot: Yeah.

Wakko: Can you pull a rabbit out of your pants?

Wakko: Dear Santa, I have been ever so good this year. I would like a new mallet and a shiny brass anvil.

Wakko: Wanna see me make bubbles with my spit?
Yakko: Sure do. In fact, that's the theme of our next show.
Dot: So don't miss it!

Wakko: I'm not wearing any pants!

Wakko: (after trying to play Beethoven's hearing aide as if it were a brass instrument) Where's the mouth piece to this thing?
Beethoven: It's in my ear.
Wakko: THAT'S REVOLTING!

Wakko: Maybe you should see a P-psychiatrist.
Dr. Scratchensniff: I AM a P-psych... I mean, a psychiatrist!

Girth Plotz: (after Wakko eats his paperweight) Give me back my paperweight!
Wakko: Okay, but you'll have to wait a while.

Miss Flamiel: Wakko, what is the meaning of the word, "procrastination"?
Wakko: I'll tell you tomorrow.

Wakko: I can't go potty in there, it's disgusting!

Vote for Wakko as your favorite hero here!