Trent is the 22-year-old brother of high-schooler Jane Lane, best friend of Daria Morgendorffer (for whom the series is named). The character of Daria started out as a walk-on character on MTV's Beavis and Butt-head, but came into her own in the satirical series outlining the ups and downs of high school society. Daria meets Jane when she moves to Lawndale, and luckily finds a friend in the hellish halls of high school. When Daria meets Jane's rock musician older brother, Trent, she's immediately smitten with him, but Trent, older, and more chill, doesn't exactly have romance with a teenager on his mind. Trent is laid-back, unemployed, easy-going, and never anxious. He spends his mornings sleeping, his afternoons relaxing, writing music and napping, and his nights rehearsing with his band, Mystik Spiral (comprised of Trent's best friend Jesse on guitar, Nick on bass and Max on drums). They keep waiting for their big break, and until then are resigned to play small-time gigs at local bars or clubs, but can usually count on at least Daria and Jane as an audience. Trent has had a couple of relationships, considering his age and experience, but nothing serious, and it doesn't seem like there's anything on the horizon. Jane and Trent's artistic and bohemian parents, Vincent and Amanda, are often away from home, and the three older Lane children, Summer, Wind and Penny, have grown up and moved on, gotten married (and divorced), and moved to South America, and Trent and Jane pretty much have the run of the house. Trent and Jane have become best friends over the years, and they confide their problems and concerns to each other, and take rides in the car together whenever possible. They commiserate with each other when they're forced to attend a miserable family reunion, and when regular horrible things happen at school. Trent has also become friends with Daria, and calls her "the coolest high-schooler I know" and even persuades her to pierce her navel, and at one point caused a brilliant rash to cover her face, but Daria, practical and cynical as she is, knows, or rather believes, that nothing will come of it. They come close, share some interpersonal moments, and Trent occasionally kissses her on the cheek, but sadly, Daria loves him from afar. Trent rarely does any work, with the exception of working on rebuilding the Lane Naming Gazebo, and occasionally sells out to The Man, writing a jingle for a car commercial or helping Mr. O'Neil write a chant for the teachers to sing when on strike. But, a man of principle, Trent always has his reasons for "giving in", and his standards are unwavering. Especially his napping standards.

I relate quite a lot with Trent, unmotivated, musical, and laid-back as he is. That he still lives at his parents' house hit me a little close to home as well, but Trent really is a great guy at heart. He loves his little sister, and cares about her and her troubles, and her friends, and immediate family is important to him.

Trent has had a relationship with Monique, a singer in an all-girl rock band, but their relationship is on and off, and all along, Daria has a hearty crush on him. Trent has virtually no threats, except when Daria and Jane occasionally come down on him for not being more proactive, or not helping them with a project he promised to work on. Basically, he has the easy life. 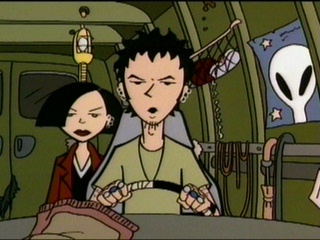 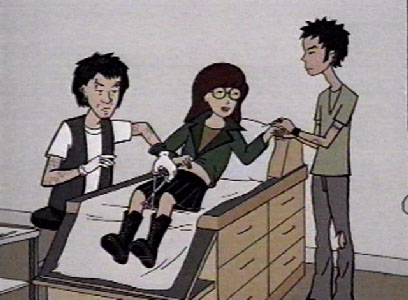 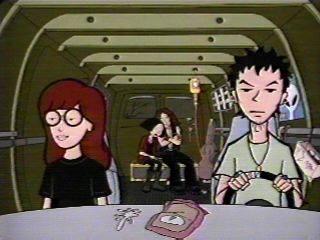 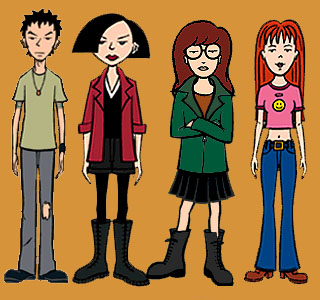 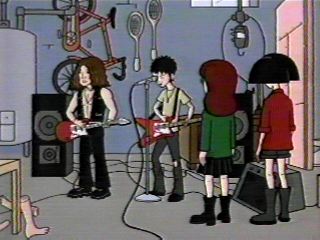 Quotes from So and So

From the TV series

Trent: We're thinking of changing our name. Do you think if we spelled Mystik Spiral with two y's it would be better?
Daria: (thinking) And if I spelled my name D-a-r-y-a I'd be crowned Miss America.

Trent: Some people say that's what drove him to madness. Others say, you know, no.

Jane: Would you say sleeping with the guitar in your hands is practicing?
Trent: As long as you don't drop it.

Trent: Daria, do you ever feel like you are wasting your life?
Daria: Only when I'm awake.

Trent: Well, I have to go. Mystik Spiral has a practice at seven.
Jane: It's nine.
Trent: Oh... I'd better get going, then

From Is It Fall Yet?

Daria: Trent... does it ever bother you that the speedometer is stuck at ten miles per hour?
Trent: Hmm... ten. That reminds me; time for dinner.

From Is It College Yet?

(On Jane's plans to go to an art college after graduation)
Trent: I don't really think you're a sell-out.
Jane: Well, that's not exactly an apology, but you know what they say about beggars.
Trent: That they'll only spend it on booze?
Jane: Never mind.

Trent: Um, why do you want to go to art college? You're already an artist.
Jane: I know, but I want to be a starving artist so I need to ring up more debt.

Vote for Trent as your favorite hero here!