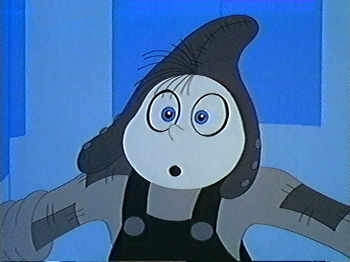 I dream awake of holding her!
I dream that she's right here...

For sure, a most unlikely match,
implausible and strange.
But, one, it seems, my heart and I refuse to rearrange.

Am I Feeling Love?

Appropriately named, the cobbler is shy and unassuming, and is brought into the story unpretentiously. Tack is whirled into the story inadvertently, but when he meets the stunning and responsible Princess Yum Yum, he doesn't mind getting involved. Based on one of the 1001 Arabian Nights, the story centers around a kingdom nearing seige by an army of one-eyed warriors. When the Thief, notoriously dirty but stealthy, steals the three Golden Balls of Fate, setting in play an ancient prophecy, the onslaught of the One-Eyes is imminent. Enlisting the aid of a Mad Witch, Tack finds the courage to go against the villainous Zig-Zag, and save the kingdom from the oncoming battle, returning the Golden Balls to their rightful place. Tack and Yum Yum are soon married, and are able to rule the kingdom with her experience and his humility.

While Tack was never originally intended to speak (let alone sing), he is voiced to by a veteran of animation voice acting, Matthew Broderick (whose voice you probably recognize as Simba's from The Lion King), while his singing voice is provided by Steve Lively.

The adventurous and independent Princess Yum Yum captures the heart of the humble cobbler. The inept King Nod's evil advisor, Zig-Zag, is Tack's most consistent adversary, while the vicious soldier One-Eye also is considerably threatening, although the Thief also on occasion stumbles in his way. What do I think about this ill-fated and controversially original film?

This film is reputed to be the animated film with the longest production time of 28 years (because of many and varied reasons). It underwent several changes, as far as I know, and was originally intended to be quite different than it turned out (for one thing, it was never originally intended to have music, and both the thief and the cobbler were slated not to speak at all). All things considered, I think a good film resulted. It's not traditional, but the art is fresh and inventive, quite a departure from mainstream western animation. The Escher-inspired backgrounds and Oriental influence are quite evident, and it's interesting to see just how far they were able to go with the animation style, character design, and environments. Animation-wise, it was done on ones (meaning 24 drawings per second, while most films are done on twos, with 12 drawings per second), and as a result, the characters seem to sort of swim around their position, moving with extra-fluid quality, but the attention to detail is at times staggering (I mean, Zig-Zag has a ring on EACH knuckle of EACH finger, and his toes curl in and out with each and every step! Not to mention the flies that constantly buzz around the Thief, all those beads on Yum Yum's costume and the tacks and patches on Tack's!). As far as story goes, it's not extremely original (the parallels to Aladdin are extremely blatant, with its dissatisfied princess, its inept king, its evil adviser to the throne complete with wise-cracking bird sidekick, its "diamond in the rough" underdog hero, its Arabian setting, etc.), but it stands alone if even as a work of art. Bottom line: It's not traditional, but it's interesting. 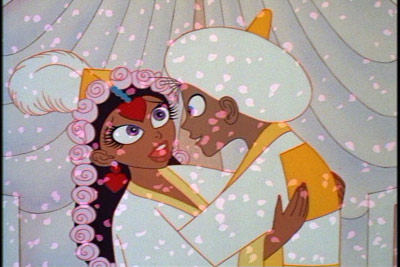 Pictures of Tak and Co. 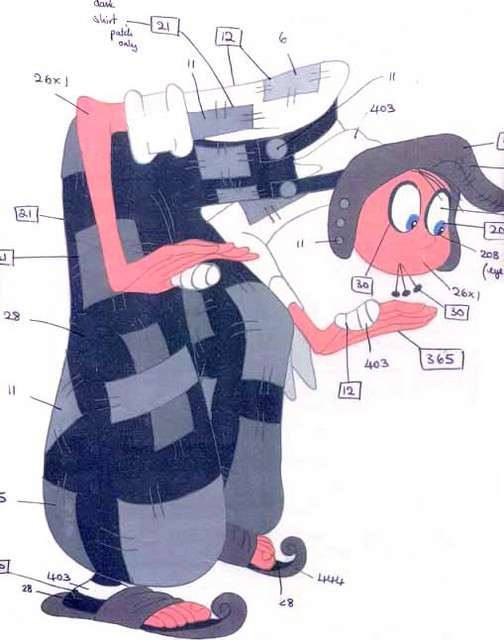 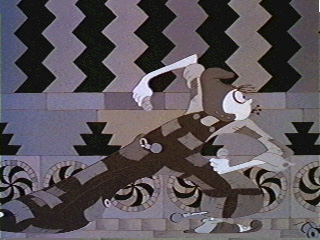 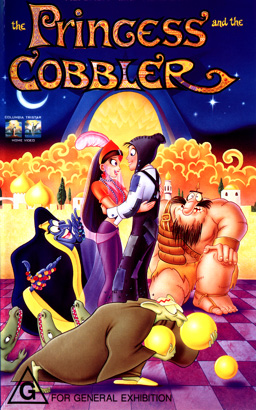 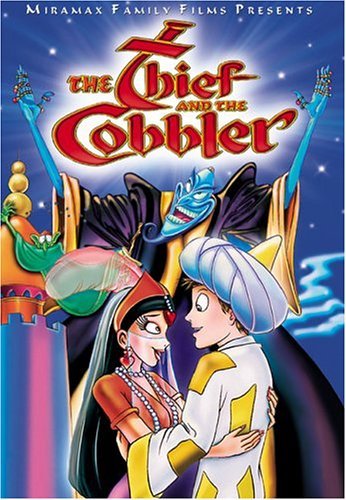 Quotes from the soft-spoken Cobbler

Vote for Tak as your favorite hero here!

Learn more about Tak by visiting the links page, or head on back to the Heroes homepage.