Here I Am
Adams

Spirit is the hero of Spirit: Stallion of the Cimarron (2002).

Set in the 1800s in the original Wild West, this film follows the life journey of a wild stallion. The plot is fairly simple, Spirit is caught while defending his herd, and taken to a fortress where he meets his first true foe in the General in a cavalry station. After the General thinks he's broken Spirit and tamed him, the stallion escapes with the help of a young Lakota brave, Little Creek, both feeling they shouldn't be tied up. Just as he's free, he's caught and tethered by the Native Americans. Frustrated by the strange ways of the "two-leggeds", Spirit is distracted by the pretty paint mare, Rain, who helps break him in other ways. Little Creek realizes that Spirit has to be free, and releases him, but Spirit has to help when the Native American camp is set on fire by bandits. He and Rain escape, but Rain falls off a waterfall, Spirit believes, to her doom. Truly broken and discouraged, Spirit is captured again and forced to work as a workhorse, to build the railroad that will eventually lead to his home, and change it forever. He leads the other horses on a revolt, and escapes, destroying the railroad construction equipment, and racing to his freedom. He finds Little Creek, and together, they have to outrun the General yet again, the General having trailed Spirit. They jump an impossibly wide canyon, and are finally free. Spirit is thrilled to see Rain is alive, and Little Creek says goodbye to her so she can join Spirit as he returns to his homeland.

Spirit finds romance on the plains in Rain, a mare he finds in the Native American camp. After a nearly fatal separation, she and Spirit are reunited and return to Spirit's homeland together. Spirit has many nemeses, but his greatest seems to be circumstance. He's often the unwitting victim of consequence, and more than once butts heads with the local cavalrymen and Native Americans. How do I feel?

A lush and beautiful production, this is another terribly underappreciated film. As much as I loved horses, I would have ADORED this film when I was young, I seriously would have thought that it was made just for me. There's an interesting blend of CG elements and stunning 2D animation, which makes for a stunning look and feel. The plot isn't terribly complicated, it's just sort of a journey through life, and the conflicts and troubles that arise, but it's beautiful and interesting along the way. The amazing thing about this film is that the main characters hardly speak, but you can tell exactly what they're thinking and "saying". Now THAT is acting and the true art of animation. Spirit is a great character, feisty and fiery, wild and rambunctious, full of guts and spirit (ha). Not Dreamworks's VERY best, but it's definitely noteworthy. 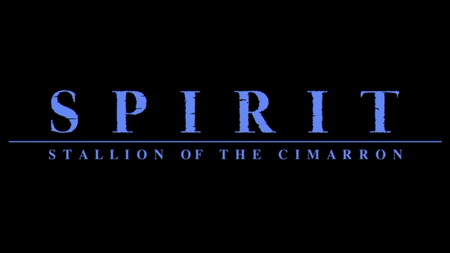 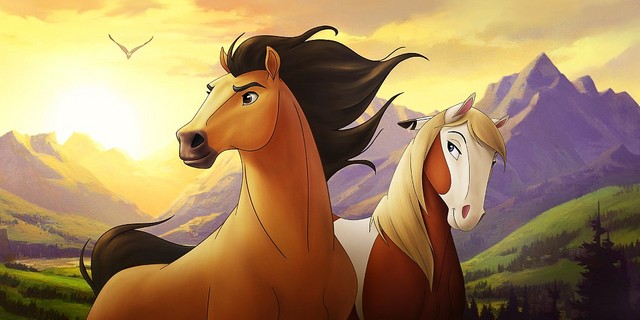 Pictures of the Stallion of the Cimarron 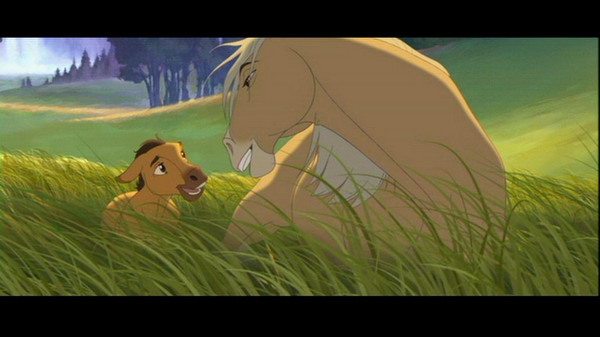 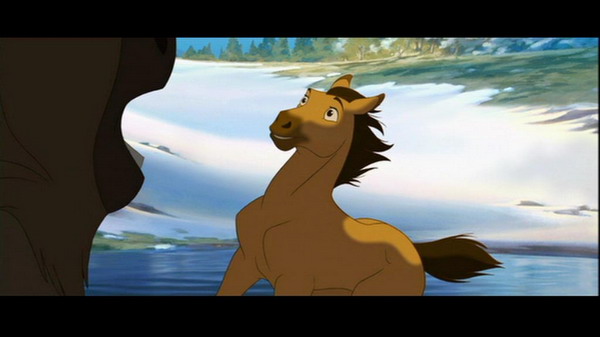 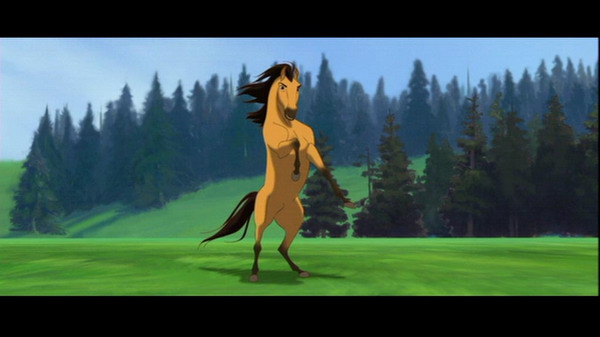 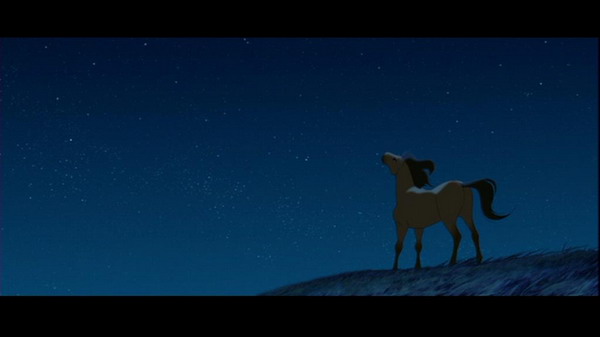 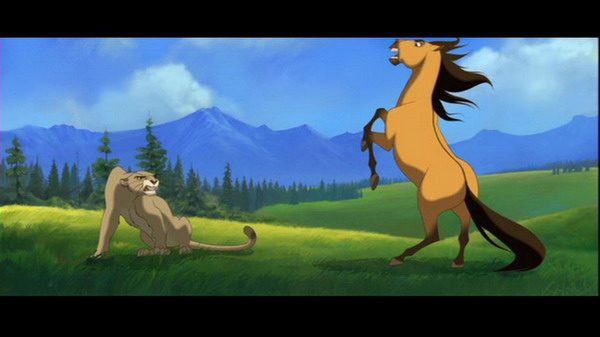 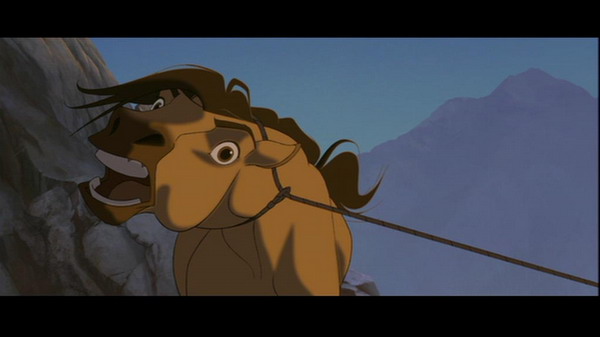 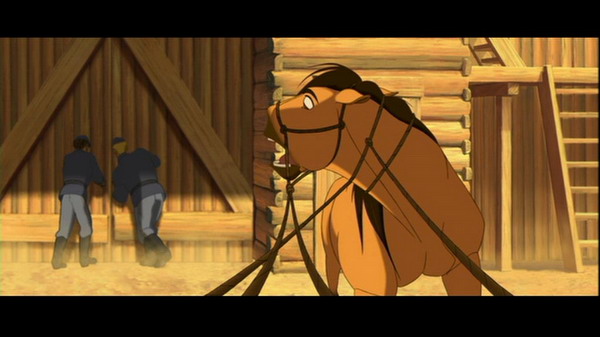 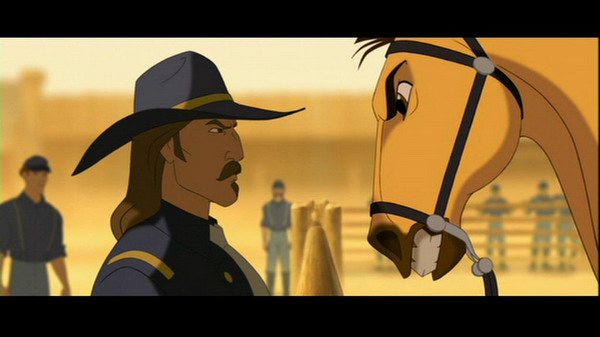 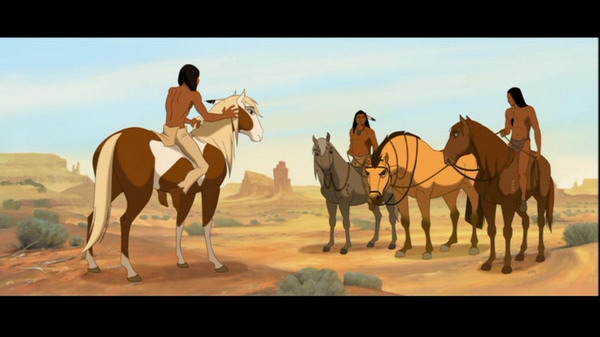 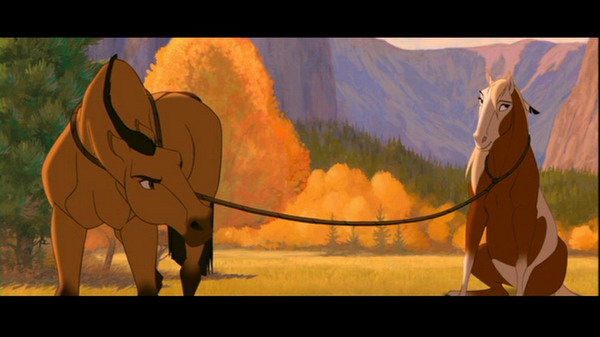 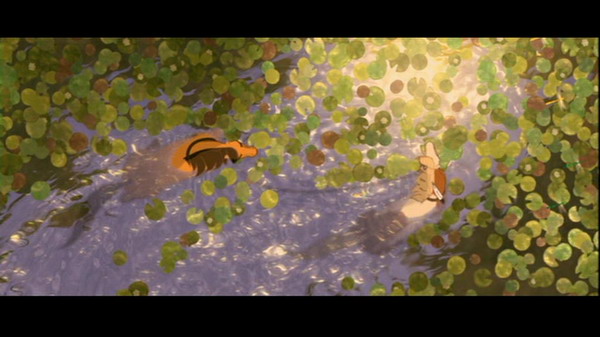 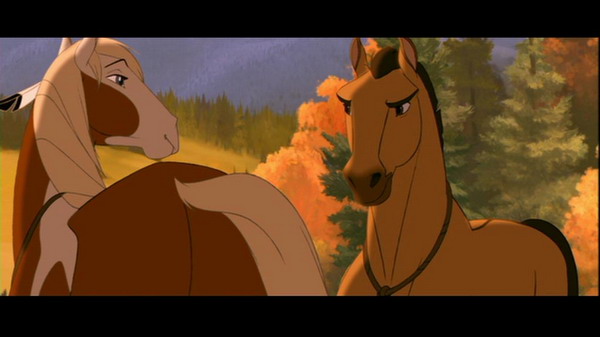 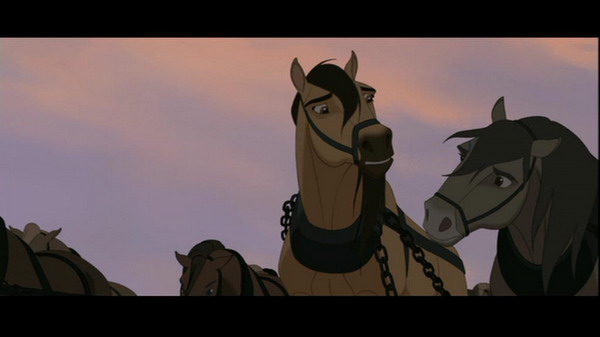 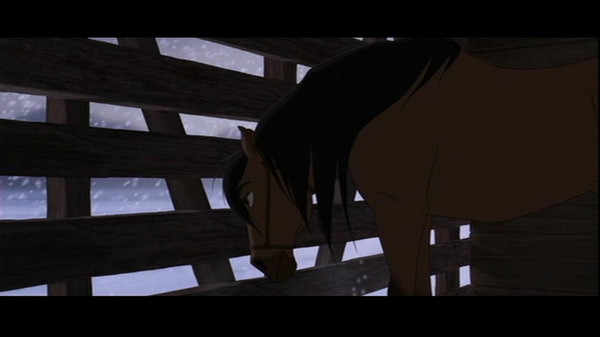 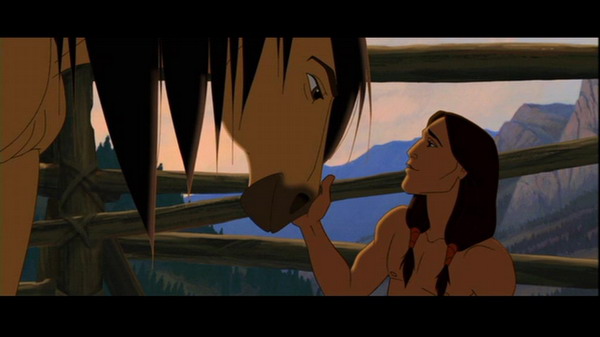 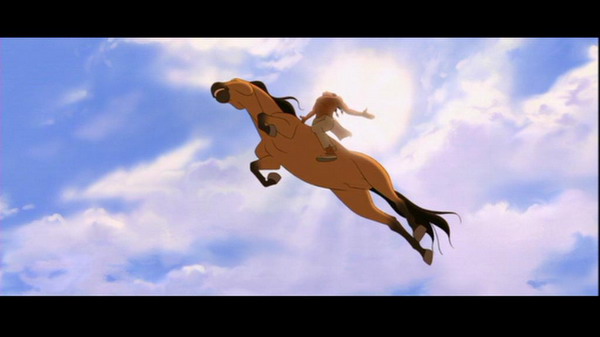 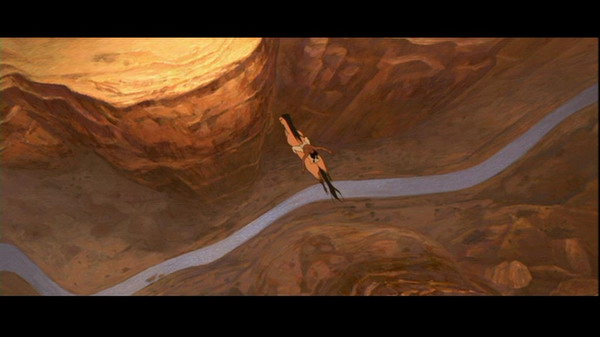 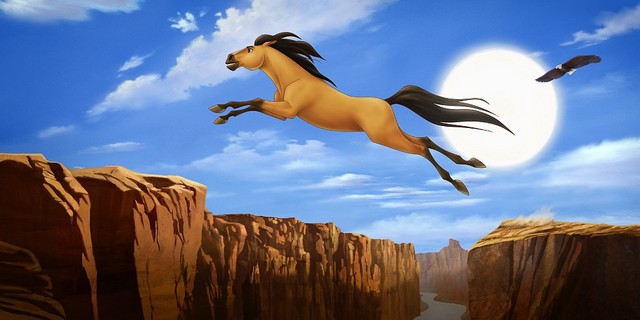 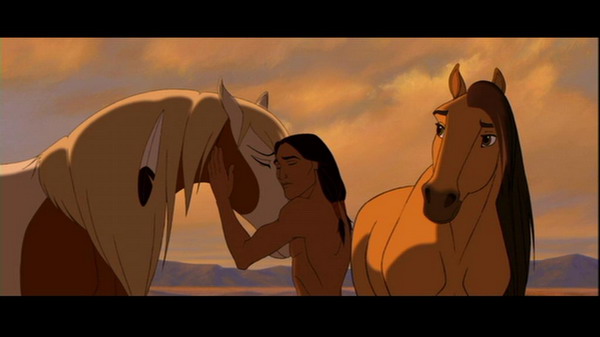 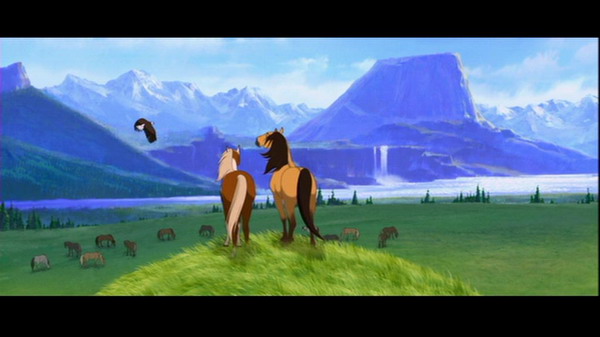 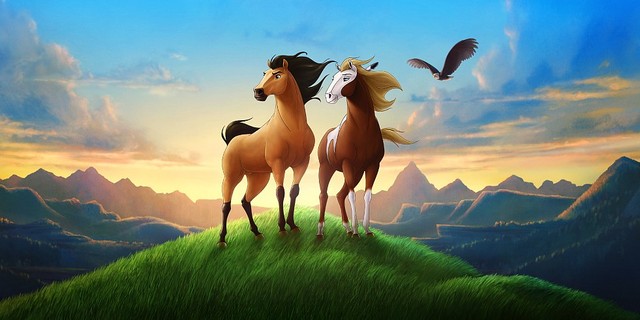 Spirit: The story that I want to tell you cannot be found in a book. They say that the history of the west was written from the saddle of a horse, but it's never been told from the heart of one. Not till now. I was born here, in this place that would come to be called the Old West. But, to my kind, the land was ageless. It had no beginning and no end, no boundary between earth and sky. Like the wind and the buffalo, we belonged here, we would always belong here. They say the mustang is the spirit of the West. Whether that west was won or lost in the end, you'll have to decide for yourself, but the story I want to tell you is true. I was there and I remember. I remember the sun, the sky, and the wind calling my name in a time when we ran free. I'll never forget the sound and the feeling of running together. The hoof beats were many, but our hearts were one."

Spirit: I remember the first time I saw a rattler curled up in my path. This one didn't look like a rattler, but I was still thinkin' 'snake'.

Spirit: I had been waiting so long to run free, that goodbye was harder than I ever imagined. I'll never forget that boy and how we won back our freedom together.

Spirit: I couldn't understand it. She treated this scrawny two-legged like one of our kind, prancing around him like a love-struck yearling. It was down right unnatural.

Spirit: And so I grew from colt to stallion, as wild and as reckless as thunder over the land. Racing with the eagle, soaring with the wind. Flying? There were times I believed I could.

Spirit: There was no end to the strange ways on the two-leggeds.

Spirit: I didn't understand it. One minute I'm free and the next: More ropes.

Spirit: My heart galloped through the skies that night- back to my herd, where I belonged. I wondered if they missed me as much as I missed them.

Vote for Spirit as your favorite hero here!

Check out some Spirited links, or head back to the Heroes homepage.