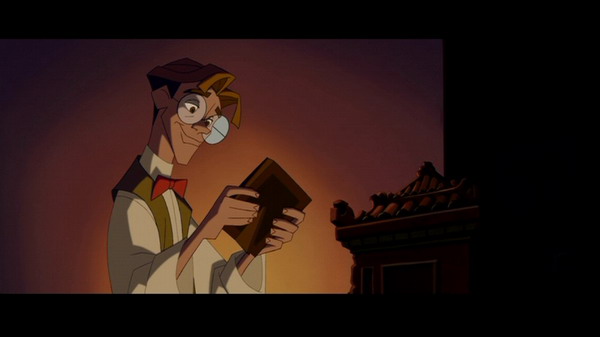 Milo James Thatch is the unlilkely hero of Atlantis: The Lost Empire (2001).

Milo is the grandson of legendary explorer Thaddeus Thatch, longs to discover the truth of Atlantis, but at first is restricted to the confines of a history museum's boiler room. As a linguist and scholar, he tries to present a plan for his expedition to find the Shepherd's Journal and with it, the key to finding Atlantis, but he's laughed at by the heads of the museum. When Mr. Whitmore, a rich, eccentric friend of his late grandfather's offers him a position as the linguist on an expedition to Atlantis, the Journal already having been located, Milo finally gets his chance to prove his theories right. He joins the crew, not at all fitting in at first, the brunt of their jokes, always poring over the Shepherd's Journal to decipher the meaning behind its cryptic writings. One night when Milo inadvertantly begins a fire that consumes much of the team's camp, he's injured and knocked out. He awakes to find a group of hunters with spears and giant, glowing masks surrounding him. One of them lifts their mask to reveal a stunning woman who pulls a crystal from around her neck, puts it to Milo's wound, presses her hand to it, and miraculously it's healed. She smiles, and runs away with her companions. Before long, Milo and the crew find the legendary city of Atlantis, and Milo learns the girl who healed him is Princess Kida. The crew, led by the seemingly stalwart Commander Rourke, requests an audience with the King, who reminds Kida that the law requires any outsiders who find the city must be put to death. Kida convinces her father not to execute them, and Rourke convinces the king to let them stay one night to refuel and restock supplies. Milo is designated to break the ice with Kida, and he and she make an arrangement to ask and answer each other's questions. Milo, the incurable and hopeless, but adorable nerd that he is, is a little tongue-tied at first around the statuesque and dramatic Kida, but their differences make them a good pair, and she confides to him that a bright light took her mother when she was young, and that there is a life force that keeps but alive, but their culture and way of life is dying. Kida takes Milo to an underwater cavern, in hopes that he will be able to decipher the carvings and drawings on the wall, and Milo discovers that the crystal he had read about in the journal isn't a battery or a treasure, it's a life force, keeping all of them alive for thousands of years. When they surface, Milo is surprised to find a mutinous crew, led by Commander Rourke, who indicate that they are all on the expedition to find and bring back the crystal, and sell it to the highest bidder. Milo refuses to turn mercenary like the rest of them, but when he tries to stop them, Rourke kicks him down and threatens Kida. They go to the king to try and find where the crystal is, and nearly kill him in an attempt to secure the proper information. When he insists he doesn't know where it is, Rourke suddenly realizes that it's beneath the king's chambers. Taking his lieutenant Helga Sinclair, Milo and Kida down, they discover a high-ceiling, stone chamber with the crystal high above a lake, with stone representations of the kings of the past surrounding it. It calls Kida to it, and, like her mother, she is used as an agent to house the crystal. As Rourke and the crew load Kida into their rig, Milo's piercing words about money and integrity get to most of them. All but Rourke and Helga continue, blowing up the bridge to Atlantis behind them. Milo leads a gang of Atlanteans and crew members on flying Atlantean devices to retrieve the princess and save the Atlantean way of life. A battle ensues, and Rourke, always cool and calculated, reveals his true colors as a villain to be reckoned with as Milo and he duke it out. Milo comes off conqueror, slicing Rourke with a shard of crystal-enhanced glass, and transmogrifying him into a product of the crystal's raw power, and he comes in contact with the rotating propellor of his hot air balloon. The crew takes a hefty reward with them back to the surface, informing Professor Whitmore that his and Thaddeus Thatch's theories about Atlantis were true, but swearing an oath of secrecy to protect them. Milo stays behind and becomes a prince of Atlantis, with Kida by his side.

Milo is voiced by Michael J. Fox, and by James Arnold Taylor in the sequel.

Milo can be seen in Atlantis: The Lost Empire, and Atlantis: Milo's Return.

Milo meets his match on many levels in the beautiful and exotic Princess Kidagakash (Kida). Milo is surprised when his captain and crew turn out to be a band of ruthless mercenaries, on a quest for money and glory, at the expense of the Atlanteans and their civilization. Captain Rourke shows his true colors by the end. Here's what I have to say about Mr. Thatch:

Milo's one of my favorite heroes in the Disney pantheon, mostly because I identify with him. Not really athletic, not terribly brave, but relatively clever, and in a pinch, able to perform what needs to be done. He's an unlikely hero, not really fitting the hero mold, with large, round glasses, and like Kida says, a high forehead and diminished physique, but he rises to the occasion with guts, and manages to save the kingdom and gets the hand of the girl. He's admirable and interesting, clever and honorable, his motivations are pure, and he's a great all-around character. The film was a definite change from the usual Disney formula, but I think it was a welcome change, a sort of 20,000 Leagues Under the Sea adventure story, with an ensemble cast, and I think it worked well. Many people didn't like the change Disney took, and think things have steadily declined since then, but I think technically and artistically, this is a stand-out example of Disney magic. 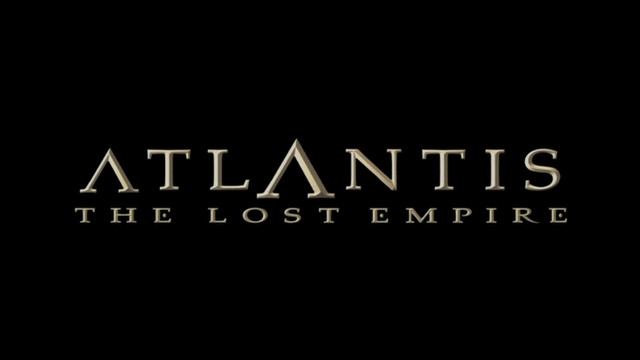 Pictures of the scholar 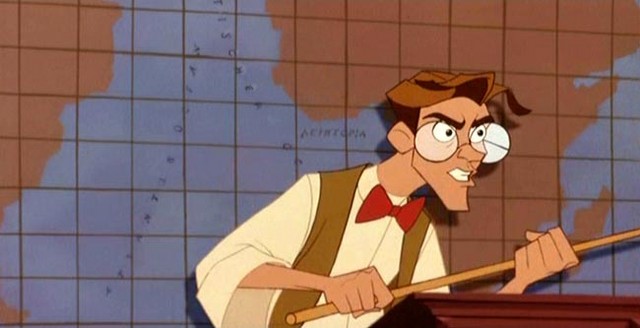 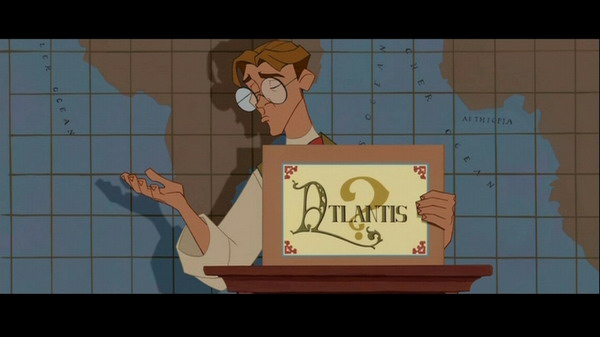 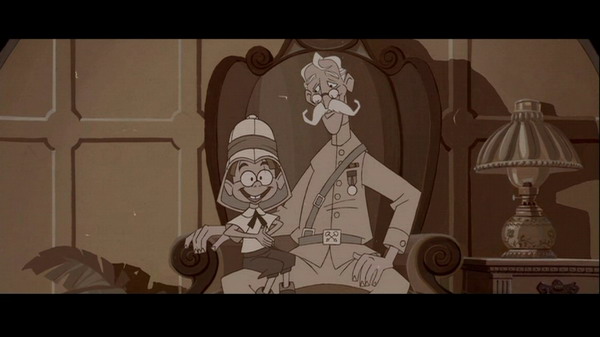 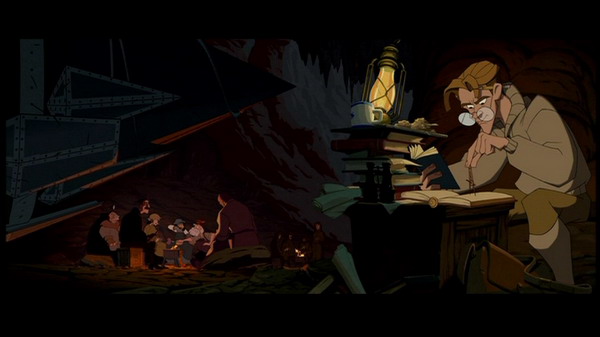 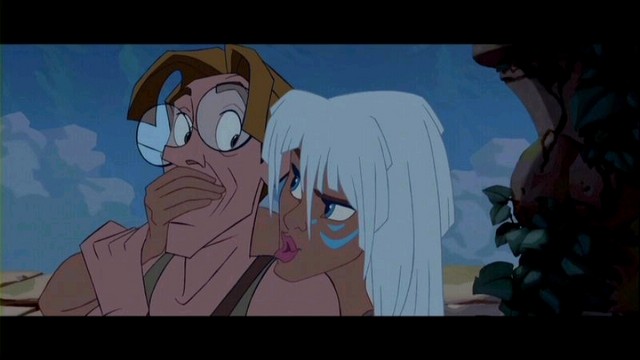 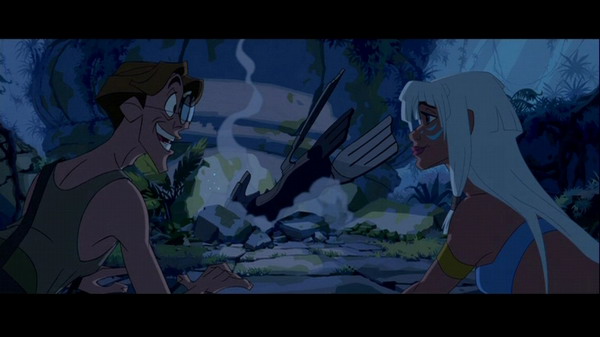 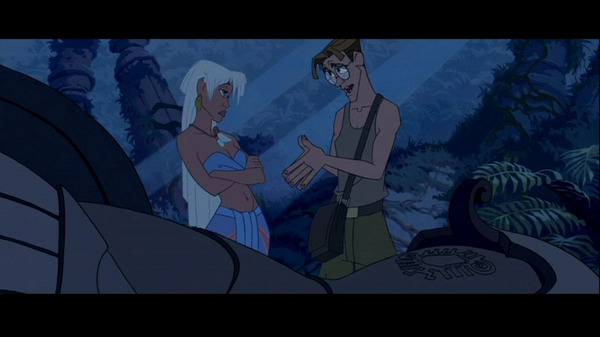 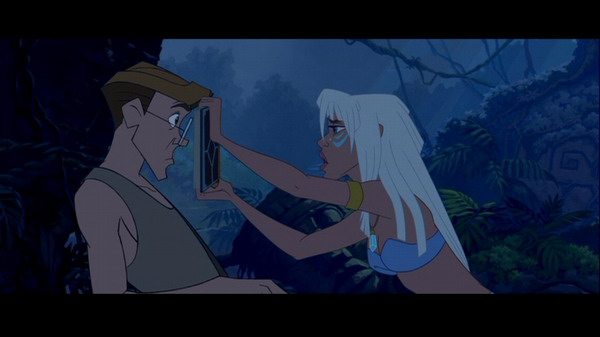 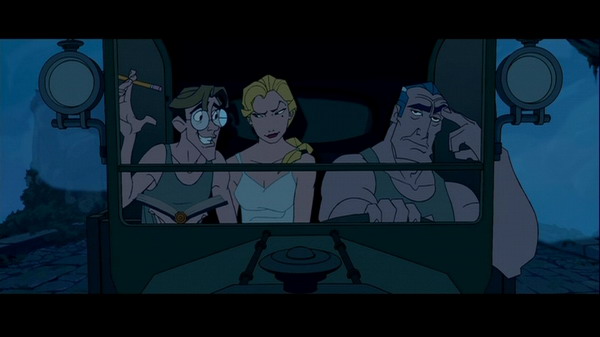 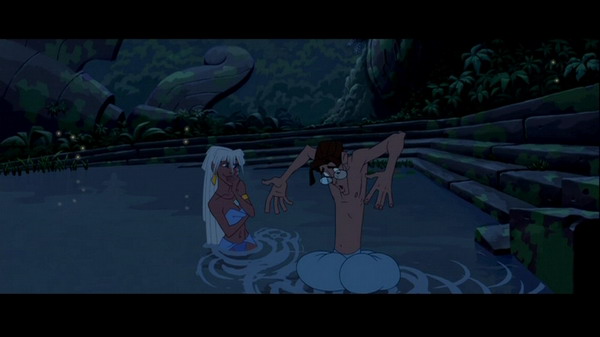 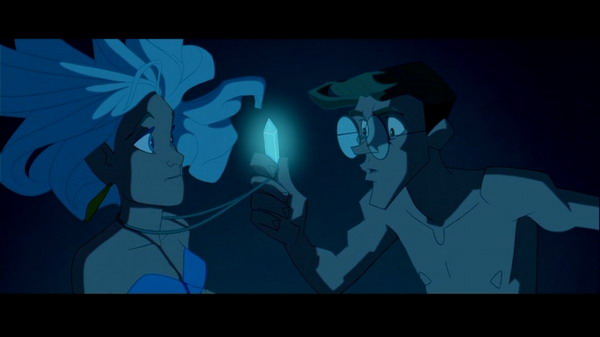 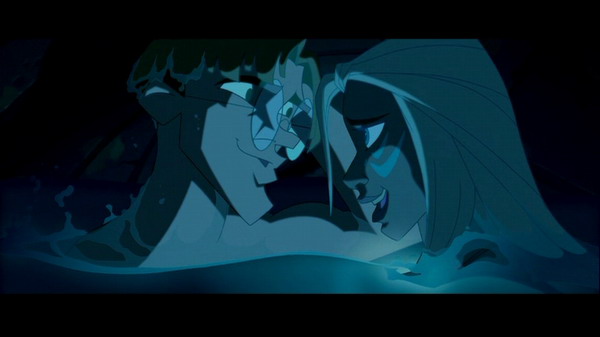 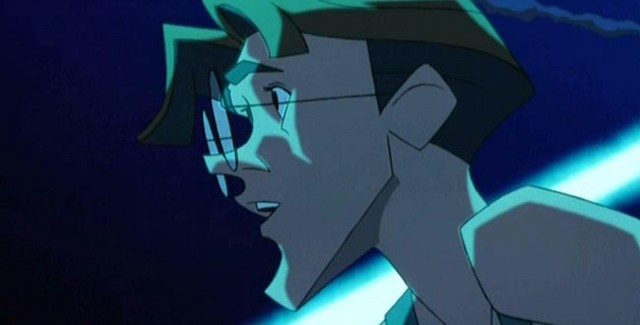 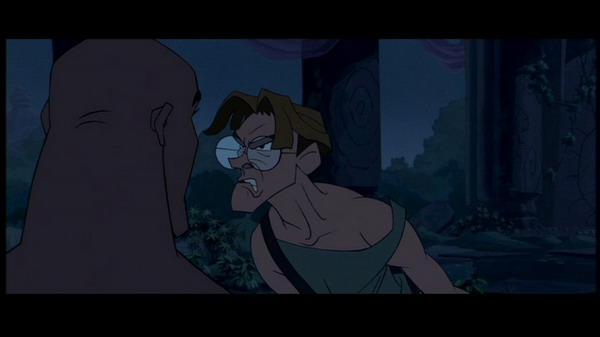 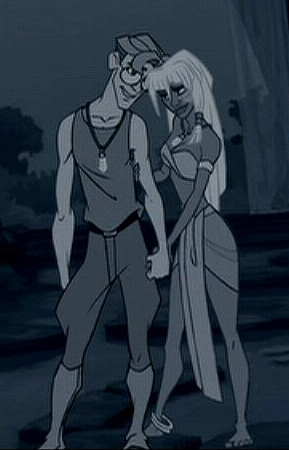 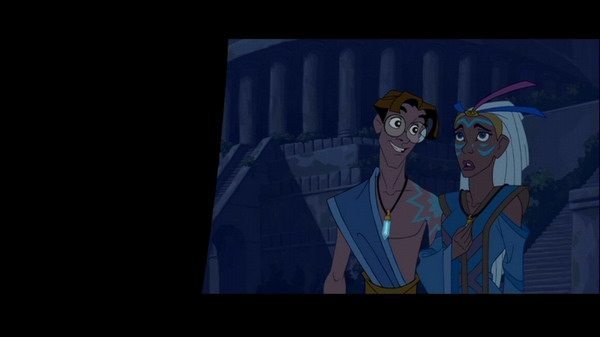 Milo: Will you look at the size of this? It's gotta be half a mile, at least. It-It must have taken hundred... No, thousands of years to carve this thing.
(Vinny blows it up, and it falls down over a chasm)
Vinny: Hey, look, I made a bridge. It only took me like, what? Ten seconds? Eleven, tops.

Milo: (after being seasick) Carrots? Why is it always carrots? I didn't even eat carrots!

Milo: Okay. Here's the plan. We're gonna come in low and take 'em by surprise.
Audrey: Well, I've got news for you, Milo. Rourke is never surprised and he's got a lot of guns.
Milo: Great. Well, do you have any suggestions?
Vinny: Yeah. Don't get shot!

Milo: Oh, my decision? Why, I think we've seen how effective my decisions have been. Let's re-cap. I lead a band of plundering vandals to the greatest archaeological find in recorded history, thus enabling the kidnap and/or murder of the royal family, not to mention personally delivering the most powerful force known to man into the hands of a mercenary nutcase who's probably gonna sell it to the Kaiser! Have I left anything out?!?
Dr. Sweet: Well, you did set the camp on fire and drop us down that big hole.
Milo: (frustrated) Thank you... thank you...

Princess Kida: (about Milo) You are a scholar, are you not? Judging from your diminished physique and large forehead, you are suited for nothing else!

Commander Rourke: Are you sure you're checked out on this class of vehicle?
Milo: Uhm...
Commander Rourke: Can you drive a truck?
Milo: 'Course I can drive a truck. Sure, you got your steering and your gas and your brake and, of course, this metal, uh, looking... thing. Okay, so it was a bumper car at Coney Island, but it's the same basic principle.

Milo: This is an illustration of the Leviatan, the creature guarding the entrance to Atlantis.
Vinny: With something like that I would have white wine, I think.

Princess Kida: Cookies are sweet, but yours is not. Sweet is kindly, but that is not his name. Audrey is sweet, but she is not your doctor. And the little digging animal called Mole, he is your pet?
Milo: Close enough.

Vote for Milo as your favorite hero here!

Check out some links page, or if you so choose, by all means, return to the Heroes homepage.