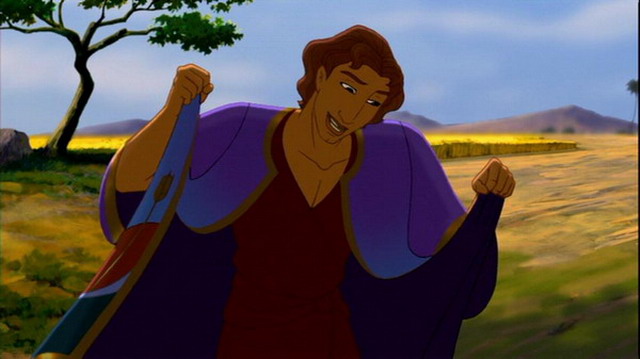 Better Than I
Composer(s)

Joseph is a miracle child, born to his parents late in their years. They raise him separately from his ten brothers, educating him and giving him special treatment. This special treatment includes a dazzling coat of many colors. His brothers grow tired of his laziness, studying in the shade all day, getting a high opinion of himself while they work in the fields all day, trying to please their parents. When Joseph begins to have prophesaical dreams, indicating that one day he would rise far above them, and that his brothers would bow to him, things go too far. The brothers throw Joseph in a pit, tear up his colored coat, and sell him to some slave traders bound for Egypt. There, as his brothers tell his father he's been killed, he's sold as a slave, forced to perform hard labor for Potiphar, a wealthy Egyptian lord. Potiphar's niece, Asenath catches his particular attention, but unfortunately, Joseph has captured the attention of Potiphar's wife. She makes amorous advances toward him, and when he refuses, she screams out, claiming that Joseph tried to take advantage of her. Even though Potiphar believes his wife to be unfaithful, he can't afford to be perceived as weak, so he sends Joseph to the dungeon indefinitely.

In the dungeon, Joseph meets a baker and a butler in the dungeon, both former servants of Pharaoh, and he interprets their dreams for them. One will be executed in three days, and the other will be invited back in the palace. He asks the latter to tell Pharaoh about his gift of interpreting dreams, in hopes that he'll be released. Weeks and months pass, and Joseph is alone in the dungeon. He curses God, asking why this happened to him when he thought he did everything right. A total change comes over him as he realizes that he's not a miracle child after all, he's a tool for God's use. He's an instrument in the Lord's hands and with this newfound humility, Joseph is thrilled to find the dungeon doors opening. Pharaoh has been having some unsettling dreams, and having heard of Joseph's gift from his butler, he seeks Joseph's counsel. Joseph indicates that Pharaoh's dream means that seven years of plenty will be followed by seven years of famine, and that Egypt should prepare for the famine. The prophecy comes true, and Egypt is blessed with abundance. Joseph is given high authority in Egypt, and oversees the entire operation of gathering and distribution during the famine. He marries Asenath and begins a family. When his brothers come begging for food, they are broken and changed me, obviously sorry for their past wickedness, and as they don't recognize Joseph, their fate is in their hands. At first, Joseph is still hurt and furious at them, but when they indicate that their father is ill, and their mother has died giving birth to a twelfth son, Joseph's heart softens. He orders them to bring their youngest brother, Benjamin, to him, and when they do, Joseph sees himself in the boy's eyes. He reveals himself to his brothers, and is reunited with his father. They're all changed, and much more humble, and together again.

Joseph is voiced by Ben Affleck, and his singing voice is provided by David Campbell.

Joseph falls for the beautiful and sweet Asenath, sure that she's way out of his league, but soon the two are married. Joseph's real enemy is his brothers, as they ruthlessly and jealously sell him into slavery, but then the obstacle is really circumstance and himself, as he has to learn to forgive God, his brothers, and his fate. My analysis:

This is a great Bible story, and it's been told many times, many ways. I was glad to see DreamWorks's interpretation, with their unique style and their interesting take. While Ben Affleck doesn't seem at first an obvious choice for the lead character, he pulls off a pretty surprisingly emotional performance. His Joseph is believable and even moving, and his change is real. A lot of people dismissed this movie without a second thought, thinking it a direct-to-video sequel for The Prince of Egypt, when in actuality, it was a sort of second-in-the-series type of thing. Not a sequel, but a separate work, different and unique. Most noteworthy in this film are the dream sequences, made of swirling, vibrant colors and Van Gogh-ish brush strokes. Very interesting. The theme and message of putting your trust and faith in God is the most effective element of this film, and is portrayed very powerfully. 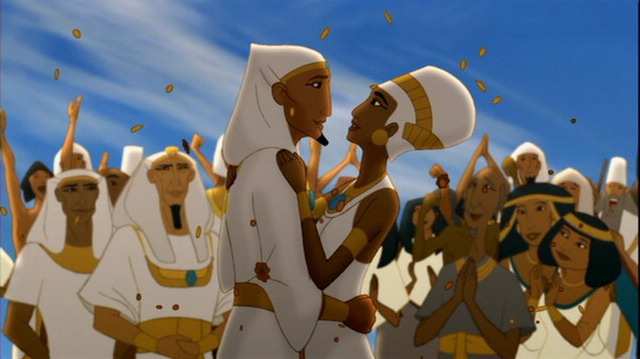 Pictures from Joseph: King of Dreams 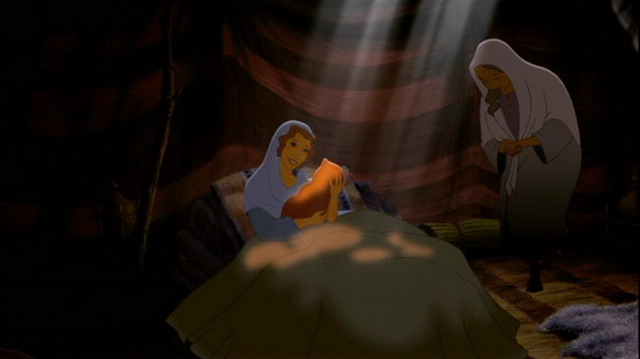 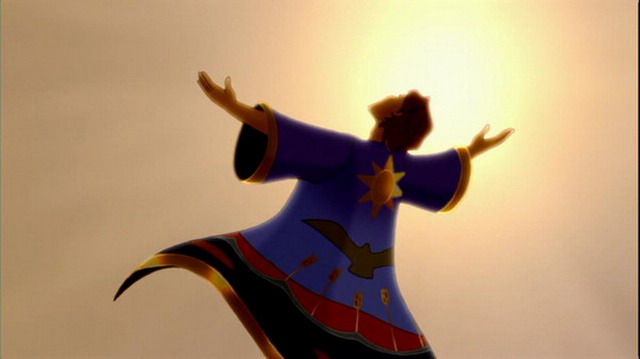 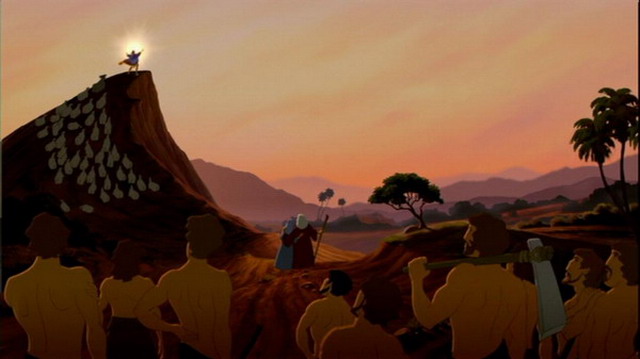 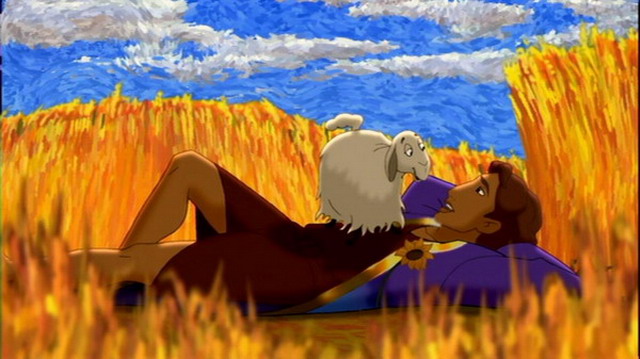 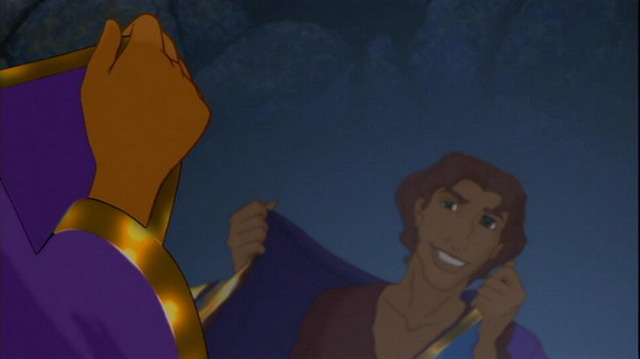 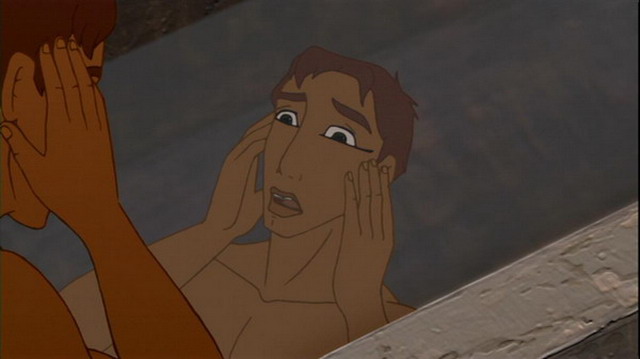 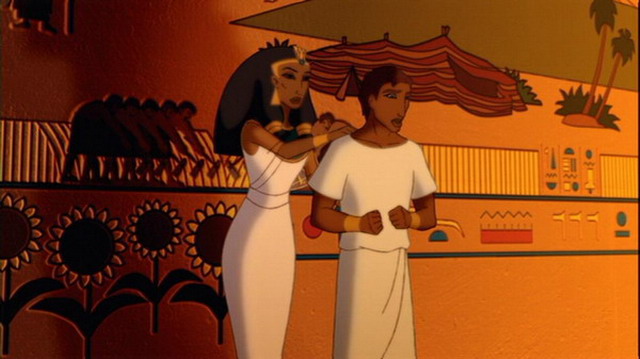 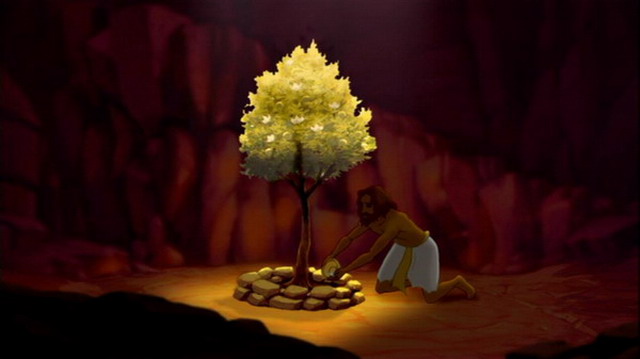 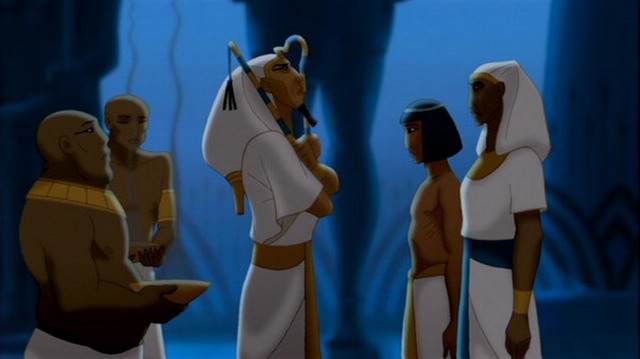 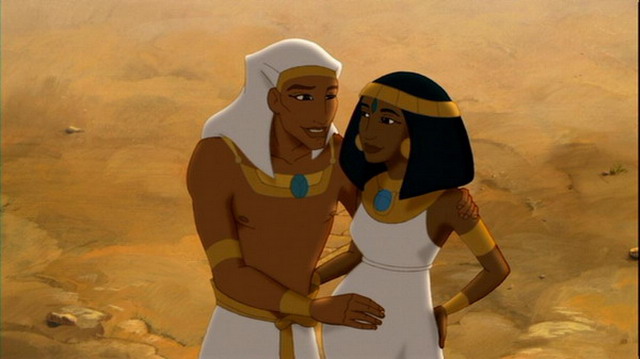 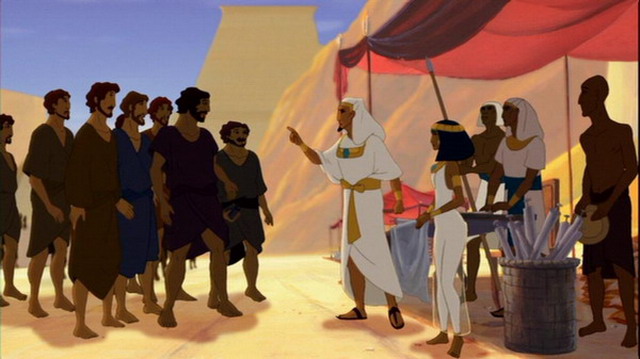 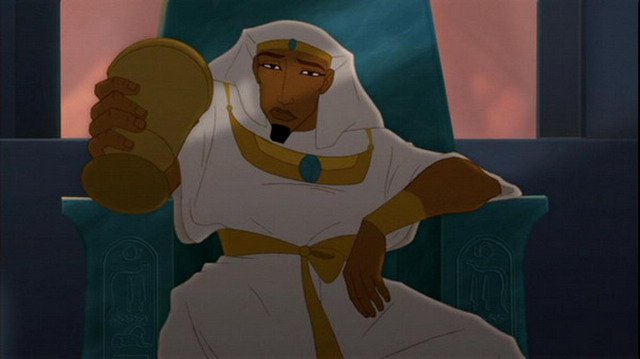 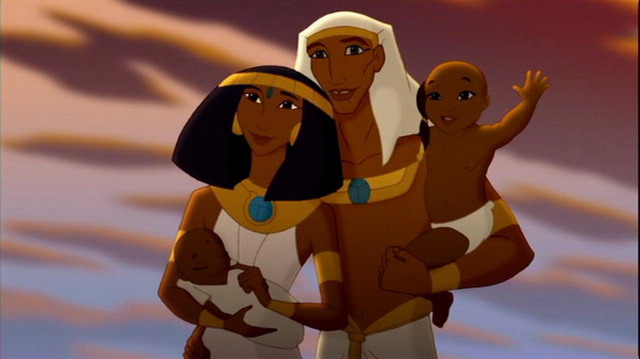 Words from the King himself

Joseph: You can laugh but this time it was about all of YOU.

Judah: Oh please, you must tell us our future, great Joseph.
Simeon: (sarcastic) Should I be scared?
Joseph: I've had enough of this stupid game!
Judah: Who said this was a game?...

Joseph: You think this is funny? Well, father won't be laughing when he hears...who are you?

Joseph: The three vines signify three days. In three days, Pharaoh will bring you back to the palace, a free man.
Butler: If only it were true.
Joseph: It is true. And when you're free, tell Pharaoh about my gift. Please, promise me.

Pharaoh: I'm told you only need to hear a dream and you can explain it.
Joseph: Not me, Your Excellecy. The explanation comes from God.

Joseph: Will you forgive me, for thinking I was some miracle from God?
Judah: But you are a miracle. God sent you to save our family and all of Egypt. And you did.

Vote for Joseph as your favorite hero here!

Check out the links page or head back to the Heroes' homepage.