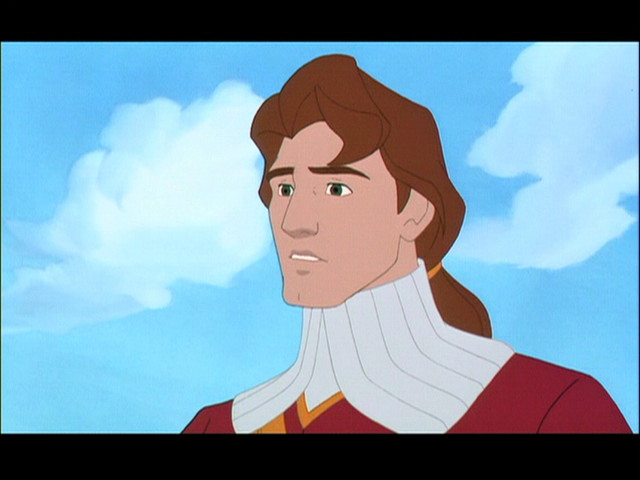 John Rolfe is the hero from Pocahontas II: Journey to a New World (1998).

John Rolfe comes to Virginia as an ambassador of England, and gets off on the wrong foot with Pocahontas from the start. He steps in during a scuffle between the settlers and the natives, when Pocahontas was trying to stop the conflict herself. She and Rolfe are already at odds, and when she is coerced onto the returning ship to England as an ambassador for her people, they're forced to try to get along. Pocahontas is still hurting, having been informed John Smith has died, and trying to decide where her life is going. Rolfe pulls out what Pocahontas thinks are some surprising class and manners, protecting her from the rough crew. The ice begins to melt, and when they land in London, Pocahontas is amazed at the sights and sounds of the bustling city. Rolfe speaks with the king, informing him that the Indian princess has come to England, requesting an audience. Governor John Ratcliffe, up to his old schemes, suggests that Pocahontas be invited to the prestigious Hunt Ball, a posh event, attended by the highest of society. Rolfe is sure this is an attempt to sabotage Pocahontas's purposes of establishing peace between the two nations, but he teaches Pocahontas what she needs to know to fit in at the ball. Dressed in a gown and face powder, Pocahontas at first impresses the royal court with her manners and diplomacy. Things turn sour at the ball when the entertainment initiates a bear baiting, and Pocahontas's animal rights ideology kicks in and she speaks out in defense of the helpless animal. She's imprisoned for insubordination. As Rolfe considers desperately what to do, he's visited by a mysterious cloaked figure. It turns out John Smith is alive after all, and together, they rescue Pocahontas from the dungeon. As she decides she has to be true to herself, Smith suggests she runs away, while Rolfe agrees she should stand for what she believes in. When she speaks the truth, and John Smith appears in court, alive and well, in spite of Ratcliffe's report of his death, the King has to agree and work toward Pocahontas's desire for peace. She is pardoned, and Smith is made a Captain with his own ship. Rolfe believes they deserve to be together and steps out, but Smith and Pocahontas realize they've grown apart, and things aren't the same between them. On the ship back to Virginia, Pocahontas is surprised and thrilled to see Rolfe waiting for her, ready to go back with her, giving up his new and celebrated titles and honors, and choosing to honor his heart and the girl he loves.

Rolfe is given the proper English sophistication by Billy Zane.

John Rolfe secures the love of Pocahontas, and returns to Virginia with her. Ratcliffe proves yet again to be a worthy opponent, full of tricks, deceit, and sycophancy to the crown. First of all, this IS a Disney sequel (See Theory 2), and I think it's one of the better ones. The characters are still pretty intact, the animation is not too bad, and the story is pretty interesting. The best part is probably the new music, and the new relationship between John Rolfe and Pocahontas. Sure, her heart changes, but whose doesn't? I don't think it cheapens her relationship with John Smith at all. Oh, and while I'm at it, why do ALL the heroes AND the villain in these films have to have the same first name? I guess everyone was just named John back then. 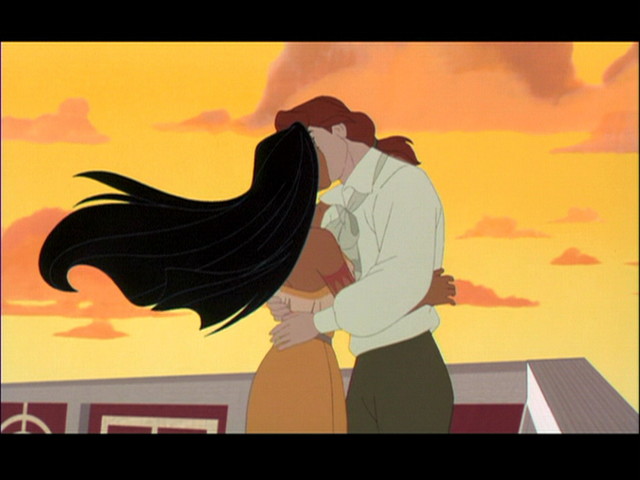 Pictures of John Rolfe (harder to find than you think!) 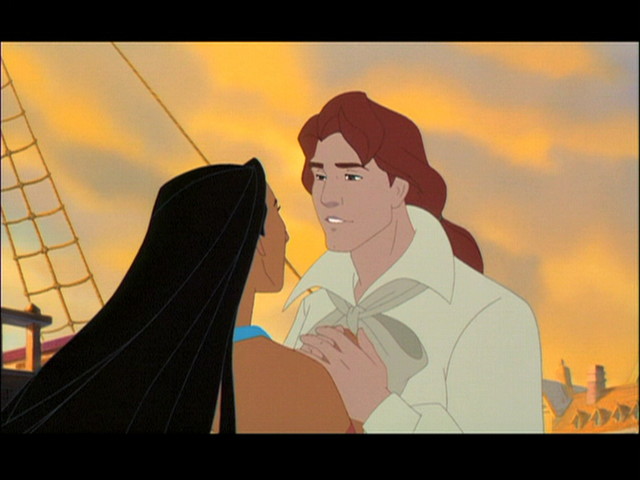 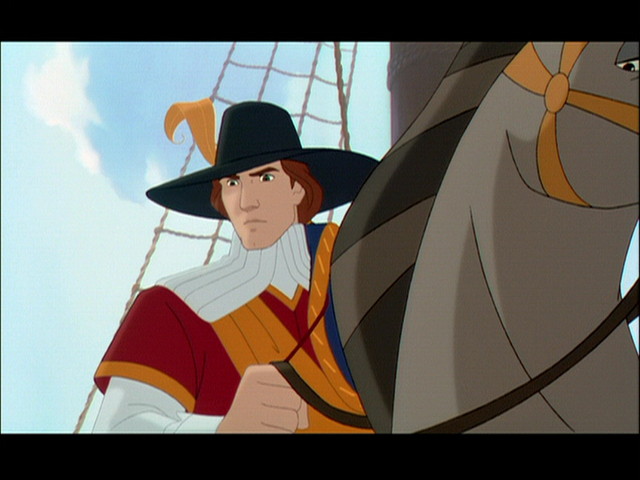 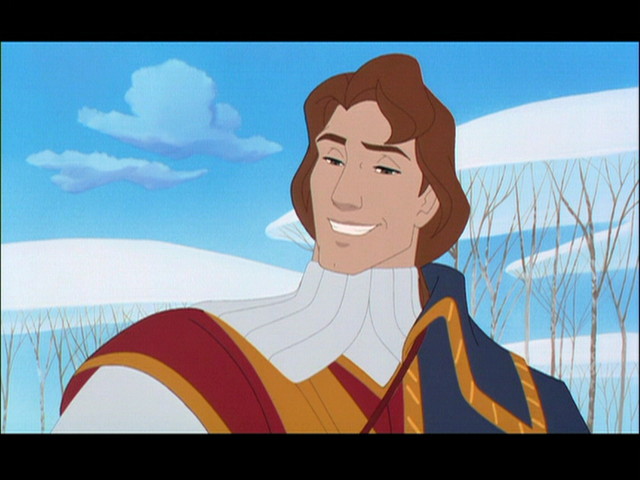 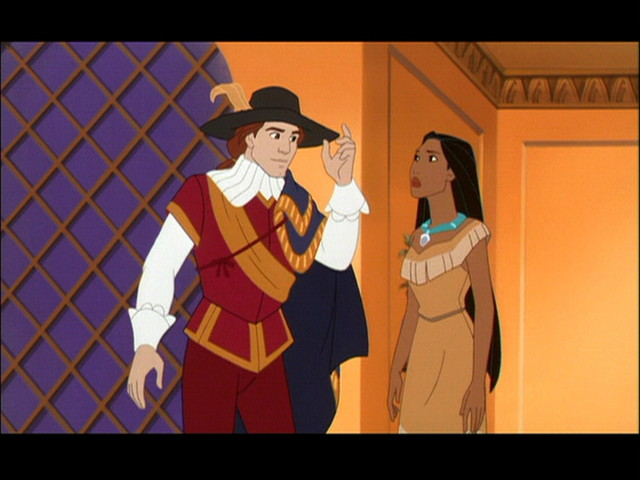 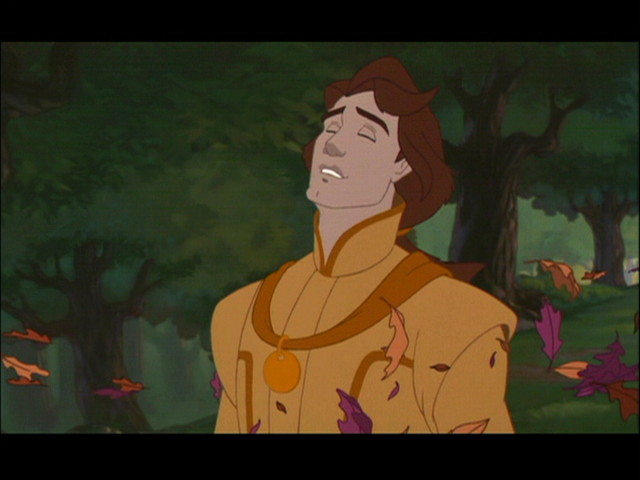 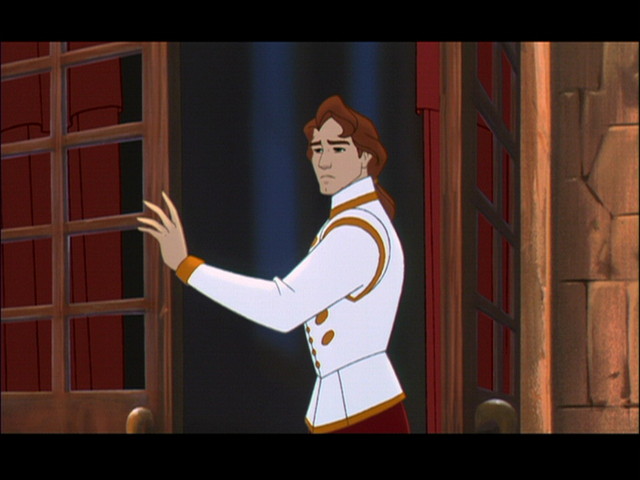 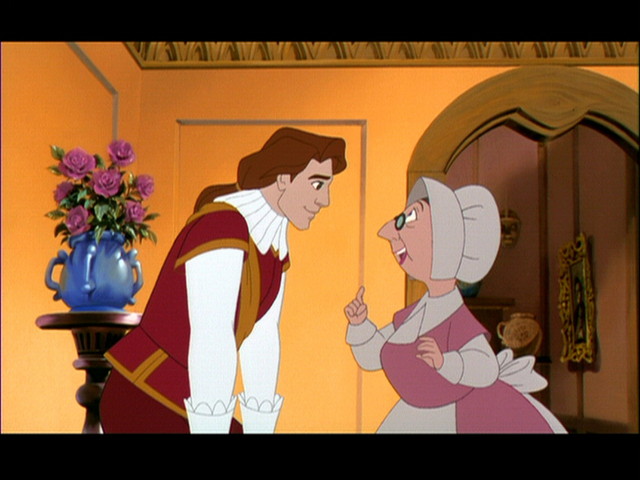 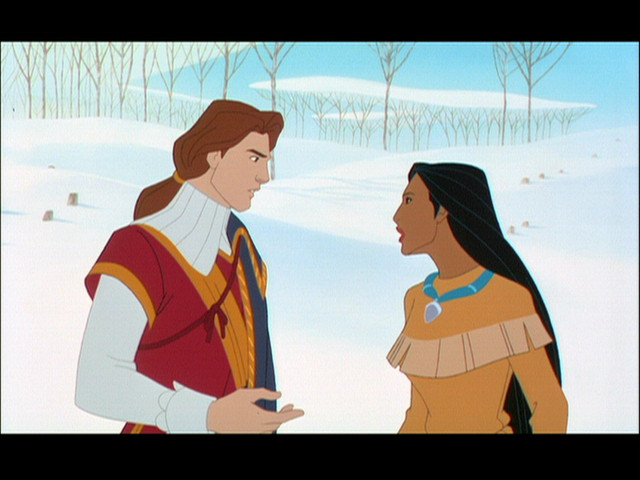 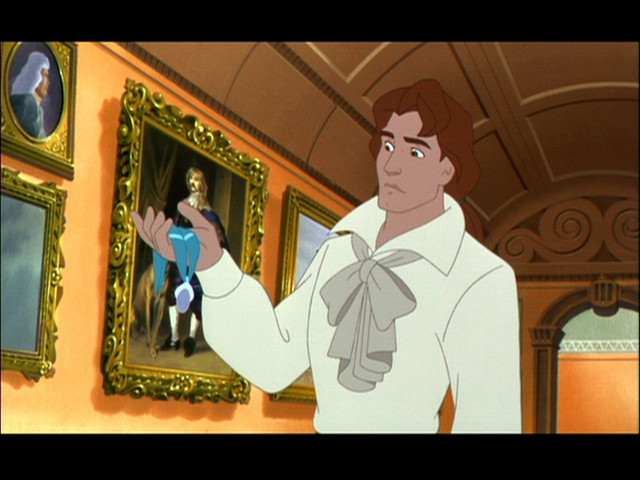 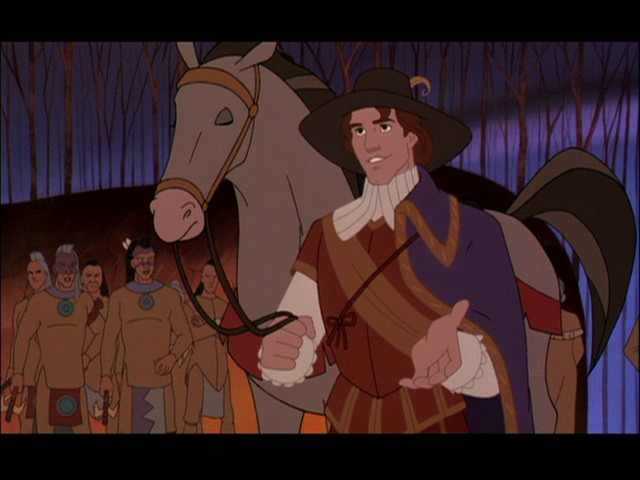 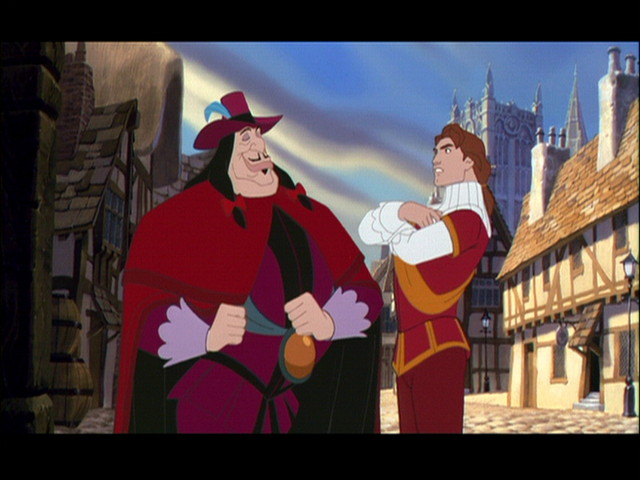 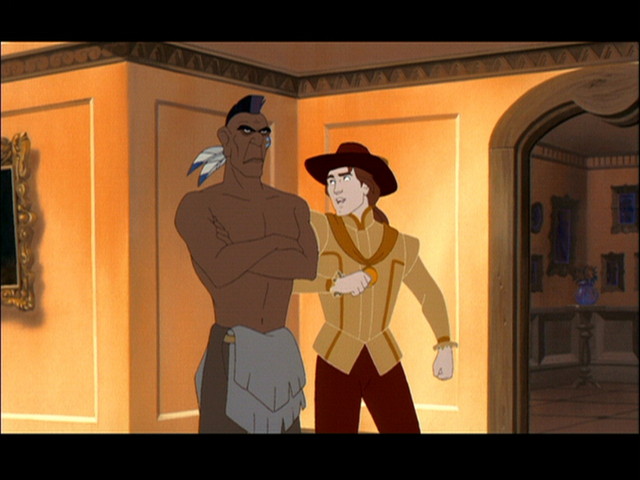 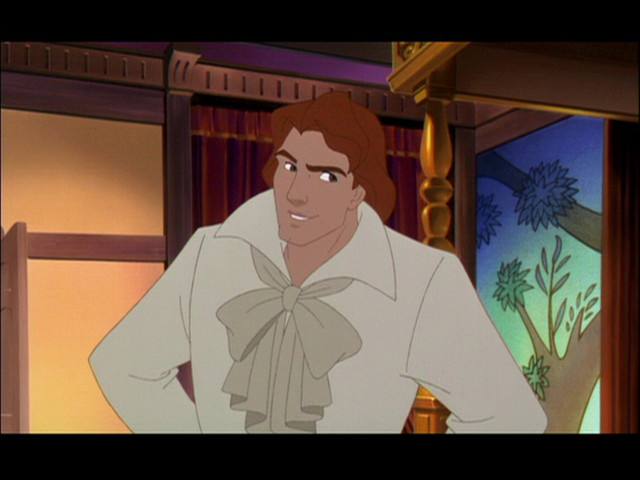 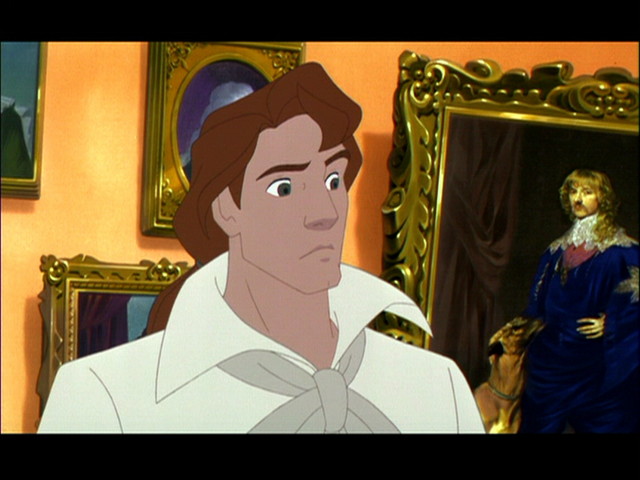 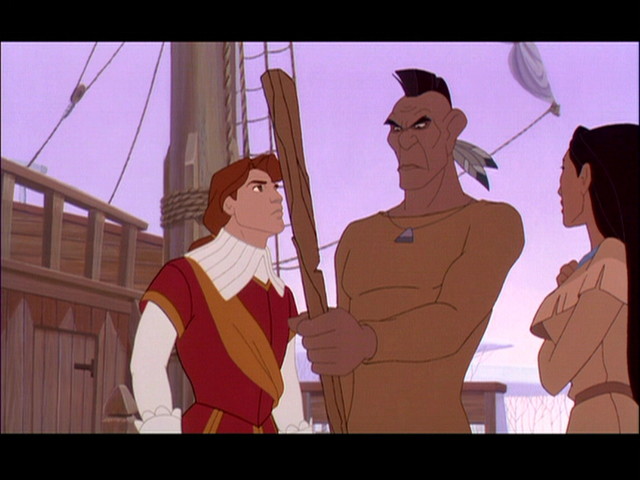 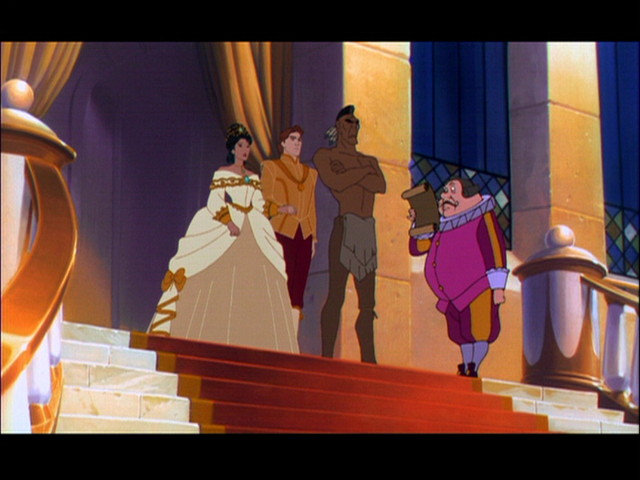 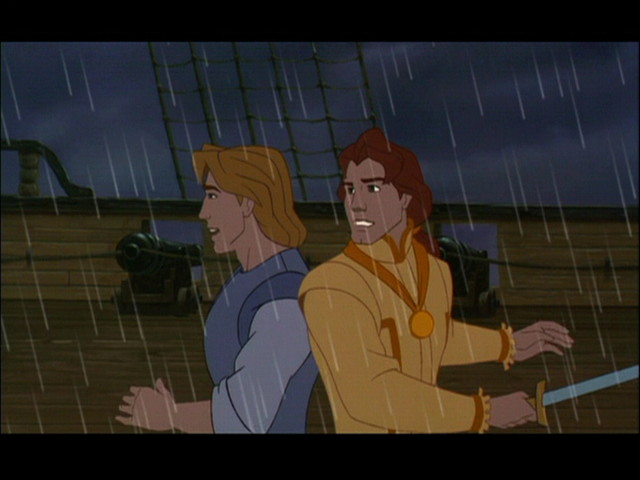 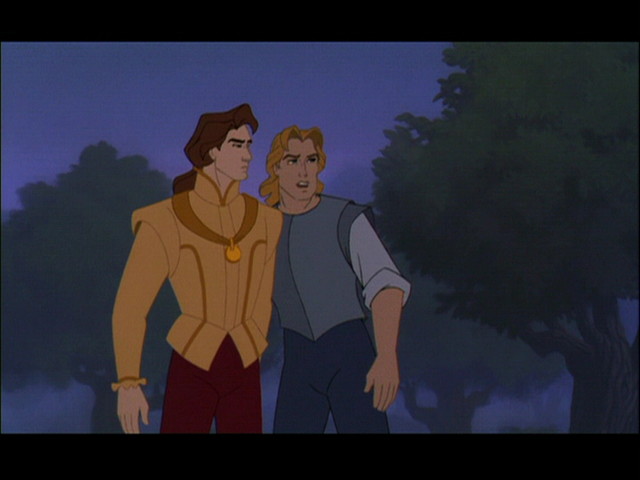 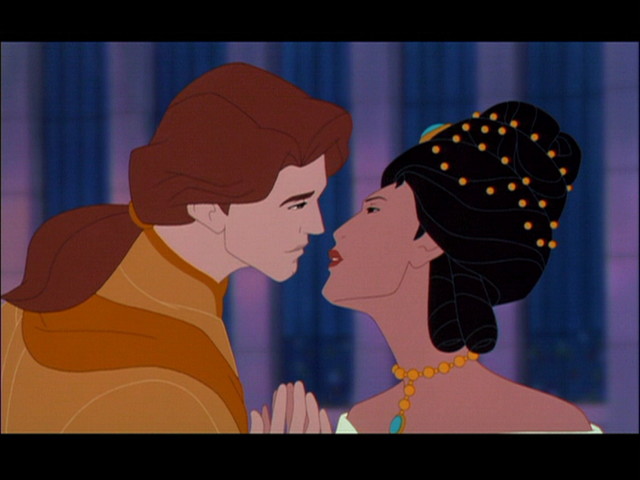 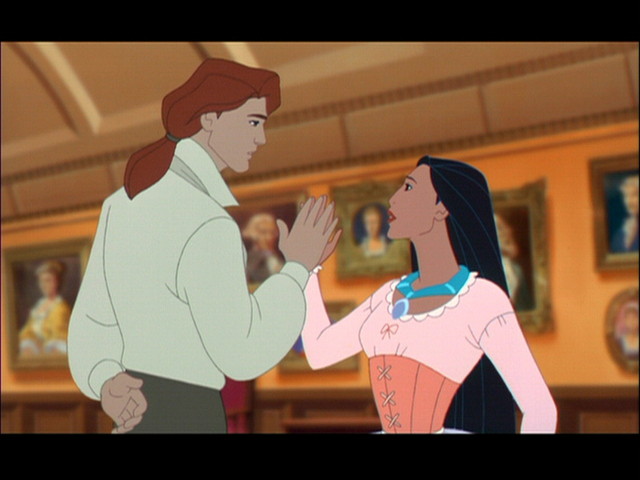 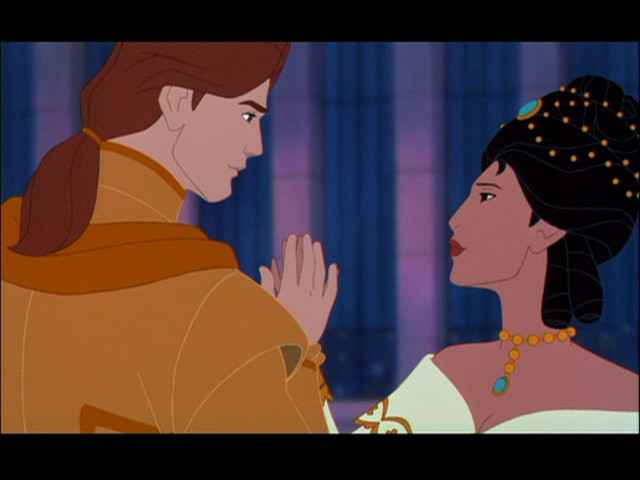 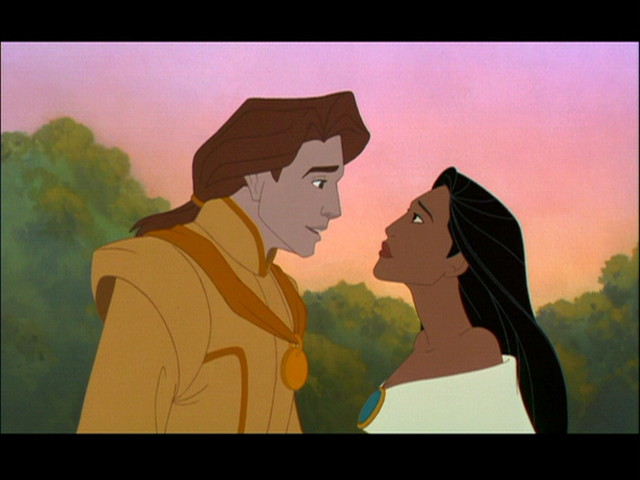 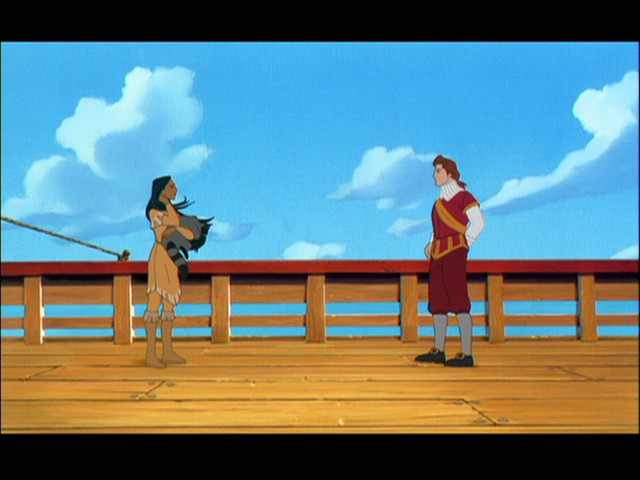 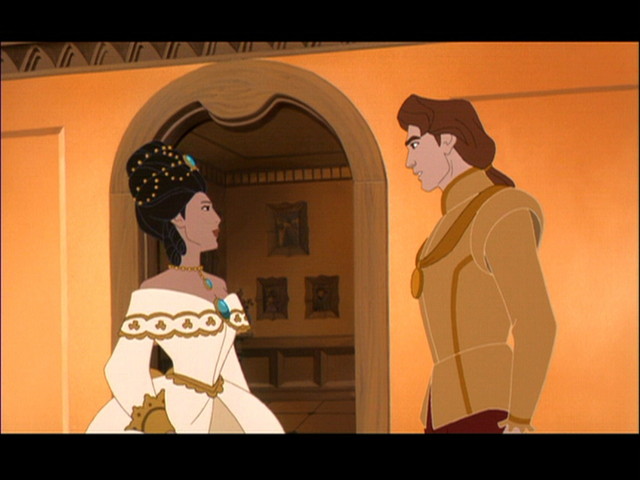 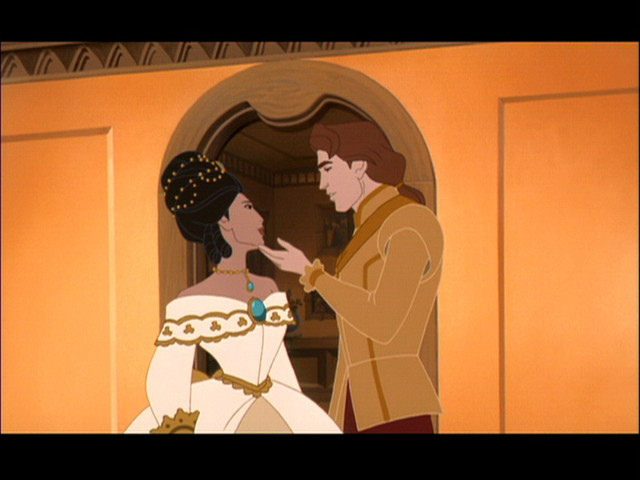 Pocahontas: (comes out of her room wearing a corset and petticoat) How do I look?
John Rolfe: (looks down) Lovely... in your... underwear.

Pocahontas: What about your duty to the King?
John Rolfe: I have a duty to honor what is in my heart.

Vote for John Rolfe as your favorite hero here!

Check out the links page or head back to the Heroes homepage.