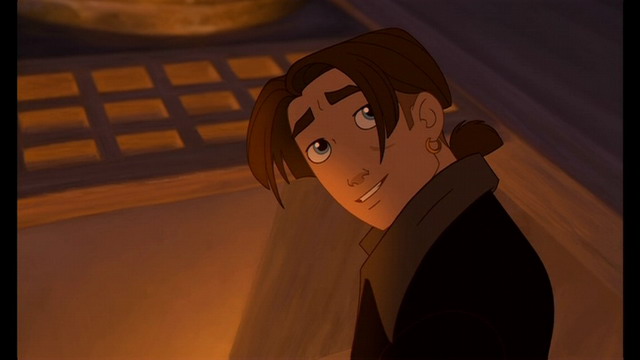 James Pleides Hawkins is the teenage hero of Treasure Planet (2002).

Following fairly faithfully the story by Robert Louis Stevenson, this film follows the adventures of fatherless Jim Hawkins. In this telling, set in space, but with a colonial flair here and there, Jim is moody and angsty, acting out his frustrations in negative ways, and getting in trouble with the law. When Billy Bones deposits a map to legendary Treasure Planet, he also delivers a warning to Jim to look out for cyborgs. Jim and family friend Doctor Delbert Doppler finance an expedition on the R.L.S. Legacy, the crew of which includes the bright and fiery Captain Amelia, the stalwart and sturdy First Mate Mr. Arrow, and the part-cyborg cook, John Silver. Jim's remanded to be cabin boy, following Silver's instructions, swabbing the deck and washing dishes. Jim is defiant at first, but realizes the only way to react is to contribute. Slowly, he and Silver start to get closer, but Jim's feelings of abandonment keep walls up between then. Just when Jim starts to warm to his new father figure, he overhears Silver's mutinous plans with the rest of the seedy crew. During a fierce space storm, Arrow is flung overboard, sent hurtling into space, and Jim is blamed for not having tied his anchoring rope down, when actually, the nasty Scroop cut the cord. When the mutiny is put into play, Jim, Amelia and Doppler leave in an escape dinghy, landing on a nearby planet. Jim is crushed at Silver's betrayal, and when Silver comes to try and get the map from Jim, he refuses, but Silver kidnaps all the remaining crew, bringing Jim along to Treasure Planet. They reach the place, and ultimately, Silver has to choose between the legendary Loot of a Thousand Worlds or Jim's safety. He finally chooses Jim, but manages to scrape a little of the treasure. He escapes, and Jim allows it. The two have a bond that has changed both of them. Jim is reformed, and is a different person completely.

Jim is voiced by Joseph Gordon-Levitt.

Jim finds a role model in the shady Captain John Silver, and befriends Silver's parroting creature, Morph, as well as the erratic robot B.E.N. Jim feels betrayed when he learns Silver's true character and intentions. He realizes the real villain in this story is inside of him, the walls he's built around him to protect himself from being hurt again. When Silver betrays him, he feels even more jilted, but Silver redeems himself in the end. What do I think?

Okay, I think this is actually one of lattery-day Disney's greatest offerings. Before you click "back" on me, hear me out. Sure it didn't make much in the box office (see Theory 1), but it was a problem with marketing and target audience. All that aside, it's a dazzling film, technically and artistically an achievement. The characters have depth and seem real (even though they're, well, largely aliens and cyborgs), and the character arc is strong and believable. Jim's deeply-rooted anger and consequent change of heart are touching and poignant. Silver and Jim's father-son relationship is quite potent. Probably the most underappreciated Disney film in history, I say.

One of my drawings of Jim 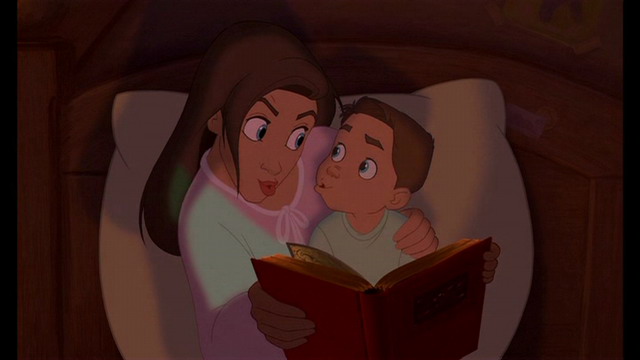 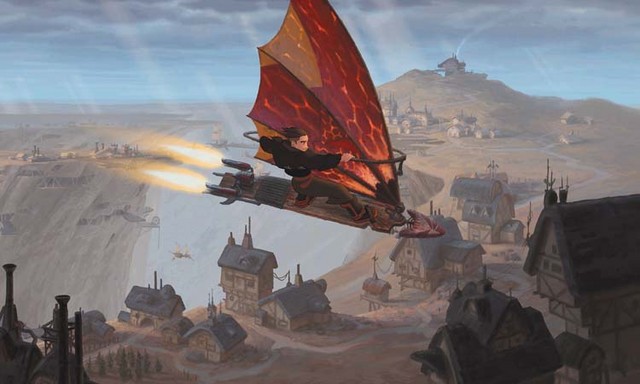 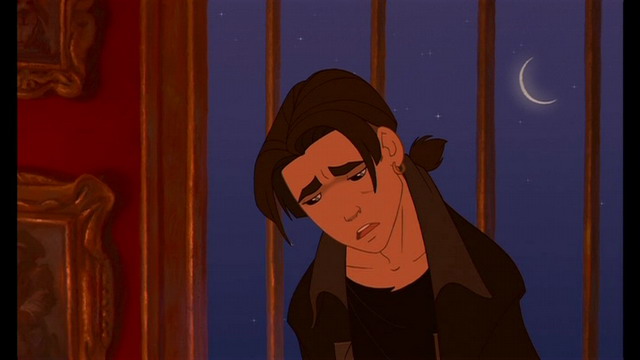 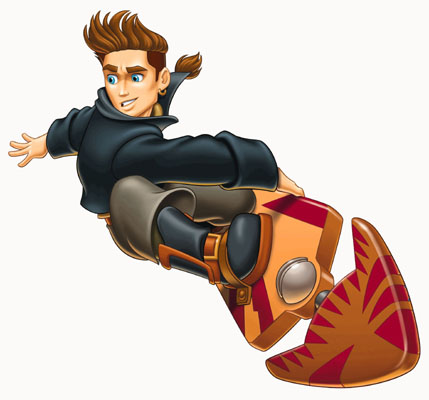 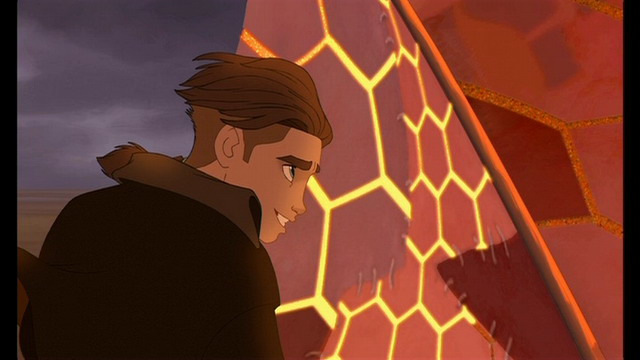 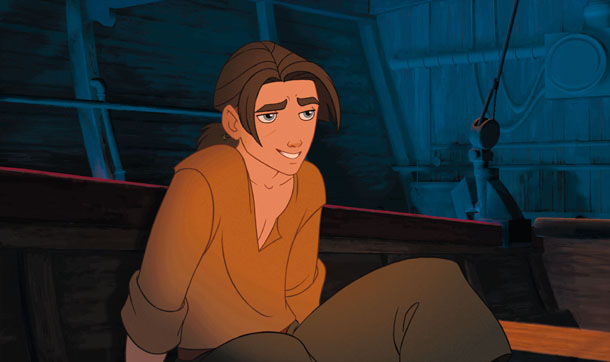 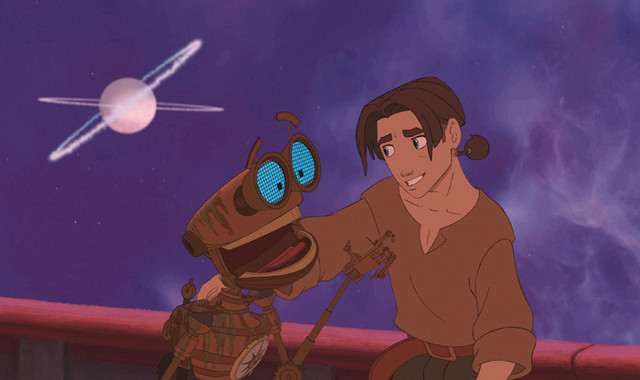 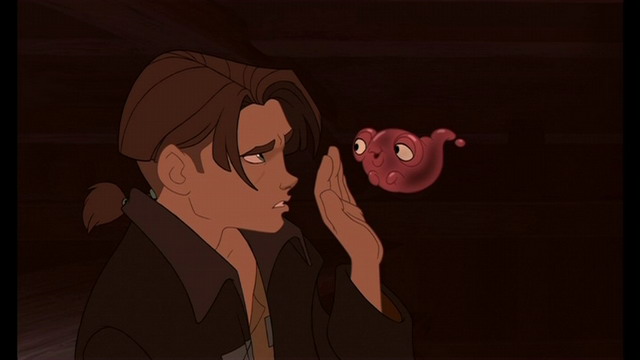 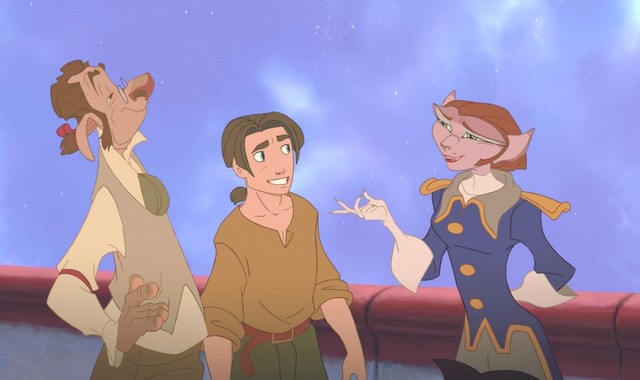 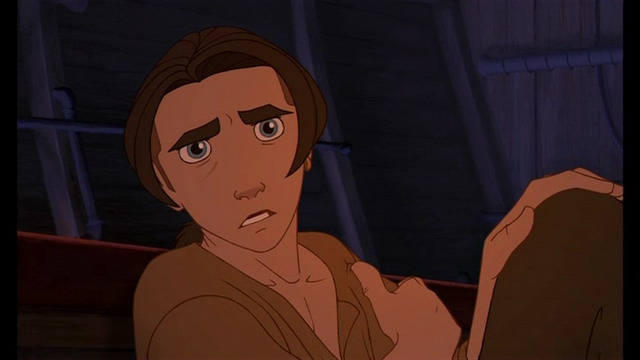 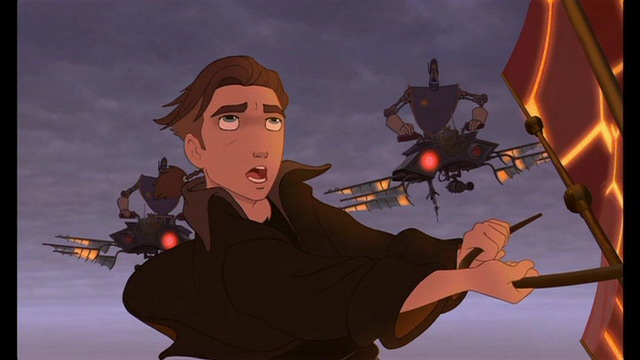 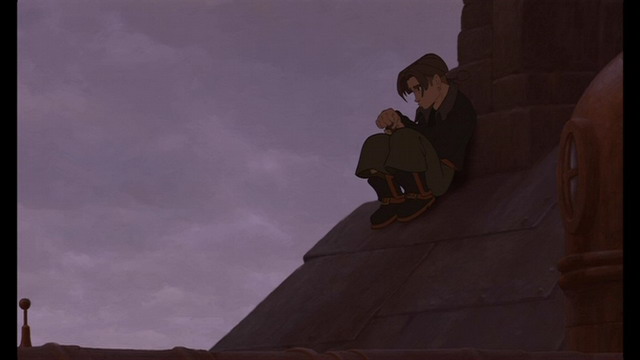 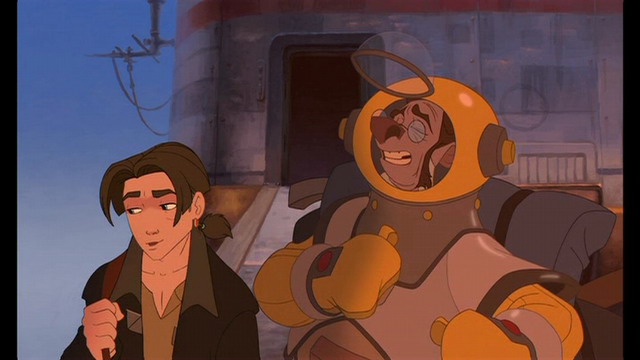 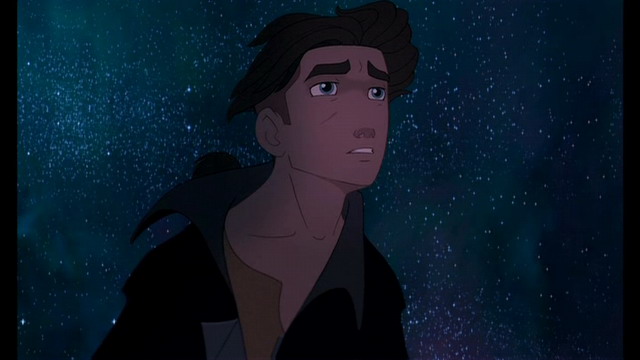 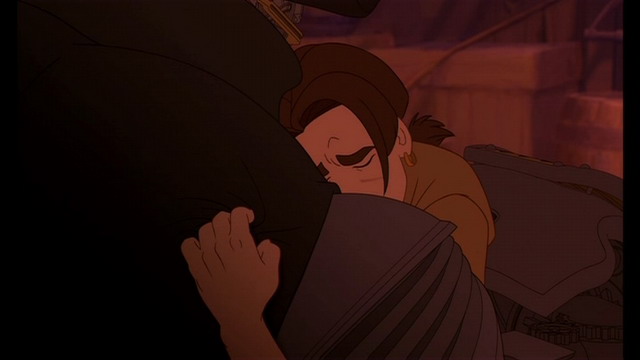 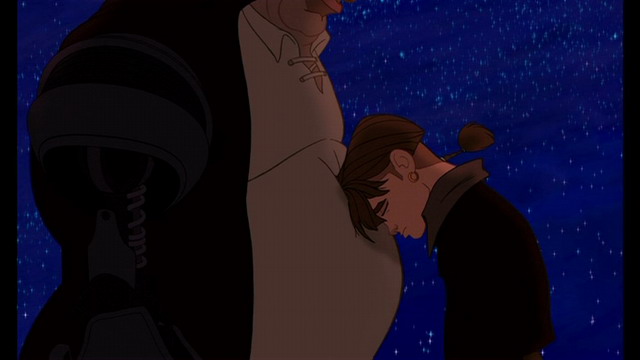 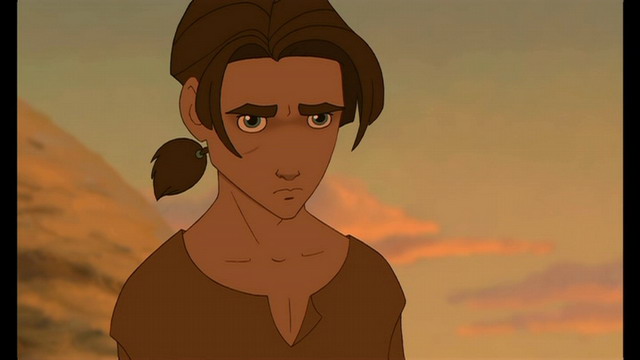 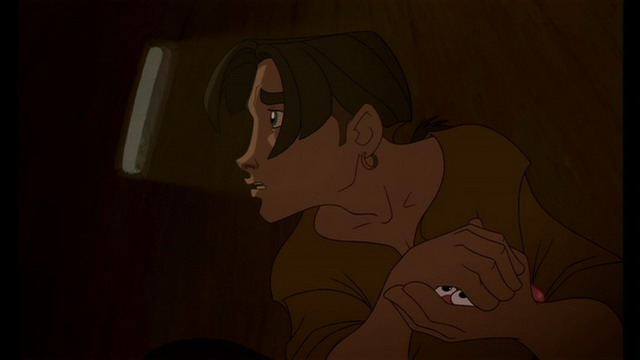 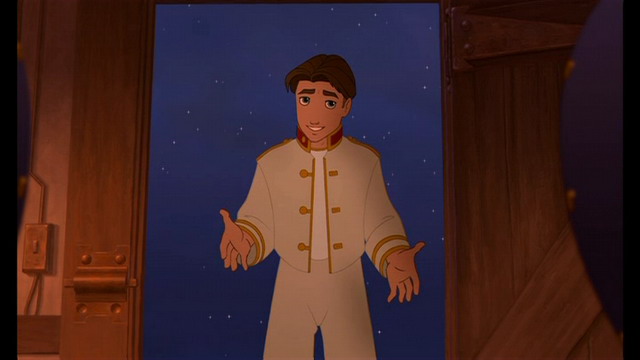 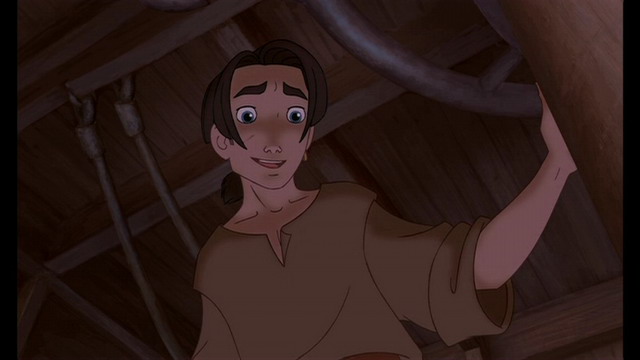 Jim: So, uh, how'd that happen anyway?
Silver: You give up a few things, chasing a dream.
Jim: Was it worth it?
Silver: I'm hoping it is, Jimbo. I most surely am.

Silver: Now, you listen to me, James Hawkins. You got the makings of greatness in you, but you got to take the helm and chart your own course. Stick to it, no matter the squalls! And when the time comes you get the chance to really test the cut of your sails, and show what you're made of! Well, I hope I'm there, catching some of the light coming off you that day.

Silver: Jimbo! I've got two new friends I'd like you to meet. Say hello to Mr. Mop and Mrs. Bucket!
Jim: [flat] Yippee.

Silver: Jimbo! Playing games... are we?
Jim: Yeah. Yeah, we're playing games.
Silver: Oh, I see. Well, I was never much good at games. Always hated to lose.
Jim: Me, too!

Silver: Look at you! Glowing like a solar fire. You're something special, Jim. You're gonna rattle the stars, you are!

Jim: All that talk of greatness, light coming off my sails. What a joke.
Silver: Now, see here, Jimbo...
Jim: I mean, at least you taught me one thing. "Stick to it", right? Well, that's just what I'm gonna do! I'm going to make sure that you never see one "drubloon" of *my* treasure!
Silver: That treasure is owed me, by 'tunder!
Jim: Well, try to find it without *my* map, "by 'tunder"!
Silver: Ohhh, you still don't know how to pick you fights, do ya, boy? Now, mark me. Either I get that map by dawn t'morrow or so help me, I'll use the ships cannons t'blast ya'll ta kingdom come!

Vote for Jim as your favorite hero here!

Check out some links, or head back home...