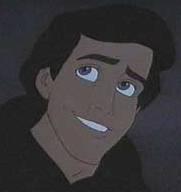 Prince Eric is the hero from The Little Mermaid (1989).

Prince Eric is under a lot of pressure. His manservant, Grimsby, and apparently all of the kingdom really wants to see him nicely settled down with a princess, but Eric's not as easily satisfied as they would like. He doesn't fall just for looks or wealth, or land or riches, he wants to meet the one girl he's supposed to be with, and he's sure she's out there somewhere. When Ariel sneaks to the surface to see the fireworks and hear the music, she falls in love with Eric at first sight. During a fierce storm at sea, Eric goes back to the burning ship to save his sheepdog, Max, and in so doing nearly forfeits his own life. Unconscious, he is rescued by Ariel and taken to shore. He catches a glimpse of her and hears her singing before he completely comes to, and she vanishes before he gets a chance to speak with her. Eric is sure this mystery girl who saved him from the raging storm is the girl he's been waiting for, and he vows to find and wed her, despite Grimsby's insistence that he must have imagined her (since, ladies, as he puts it, do not go around rescuing people, and then "vanish into oblivion.").

When Eric encounters a ship's sail-clad Ariel on the beach, he's sure she's the girl he's been looking for, but when he realizes she's mute, he dismisses the idea. Regardless, this new mystery girl was in trouble, so he helped her to the castle. While Ariel stays there, the two of them get to know each other, and before long, Eric starts to feel the attraction grow even stronger to her. Trouble arises when they grow too close and Ursula takes matters into her own tentacles to keep Ariel from making her human transformation permanent, which would blow Ursula's whole undersea coup deal. She transforms into a beautiful but devious young woman named Vanessa, using Ariel's voice, and hypnotizes Eric with her song. Under her spell, Eric insists they marry right away, and it's up to Ariel, Flounder, Scuttle, and Sebastian to stop the wedding and break the spell. Eric realized an instant too late that Ariel is in fact the girl who rescued him (which is convenient, since he was falling for her anyway). In the final confrontation, Eric proves his love and courage by setting out to battle Ursula in a rowboat, and manning a sunken ship, ramming it's jagged tip into her stomach and defeating the sea witch.

In the sequel, Eric is a proud and supportive father to Melody, and although he persuades Ariel to undertake Triton's request to perform the search under sea when Melody goes missing, he ultimately plays an ineffective role in the action and plot, as it takes place largely underwater, and is essentially a story of conflict between mother and daughter.

Eric is voiced by Christopher Daniel Barnes ("Greg" in the Brady Bunch movies).

Eric is rescued by Ariel during the raging storm at sea, and in immediatly enchanted by her voice and face. He's confused at first, when he is led to believe that the girl he finds on the beach isn't the girl who saved him, even though they look remarkably alike. Eventually, his attraction for Ariel grows as they get acquainted, and in the end, they are married. Eric helps Ariel fight Ursula, and plays a particularly pivotal role when the sea witch takes the form of the beautiful Vanessa, using Ariel's voice to hypnotize him into marrying her, in order to stop Ariel from keeping her part of the deal. Eric is crucial in the final battle to defeat Ursula. My personal and completely unrequested analysis of Eric and The Little Mermaid:

On first examination, Eric could easily be wrongly written off as shallow and superficial. He's young and romantic, and wants what every young man should want in a wife, someone he shares a connection with, someone he loves. That he happens to fall in love with Ariel at first sight is incidental. As he grows closer to the girl he believes is not the one who rescued him, he shows that he has a good heart, and he's willing to let the tide take him where he needs to go. Besides this, Eric is genuinely brave and dedicated, as he sets out to assist Ariel in defeating Ursula, unarmed and in a dinghy, and ultimately defeating the Sea Witch himself.

Strong of character, stoic, but sensitive, Eric is definitely an admirable hero. 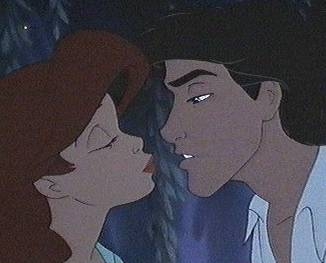 Pictures of the good Prince 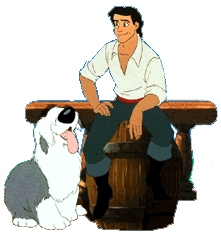 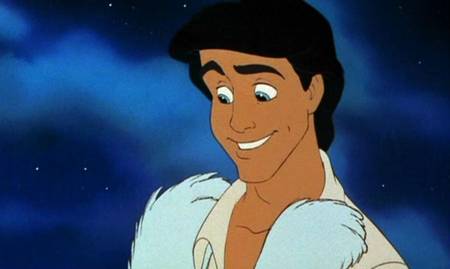 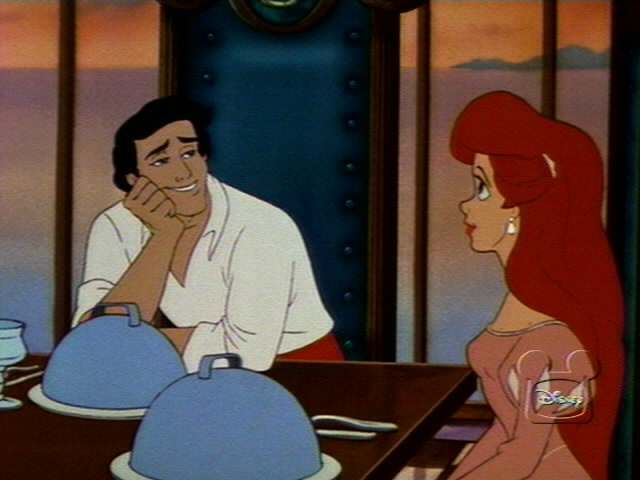 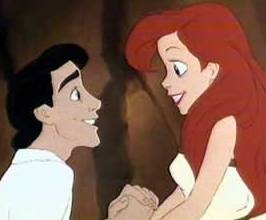 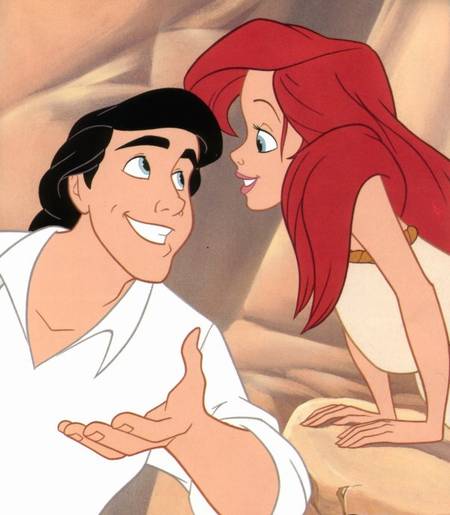 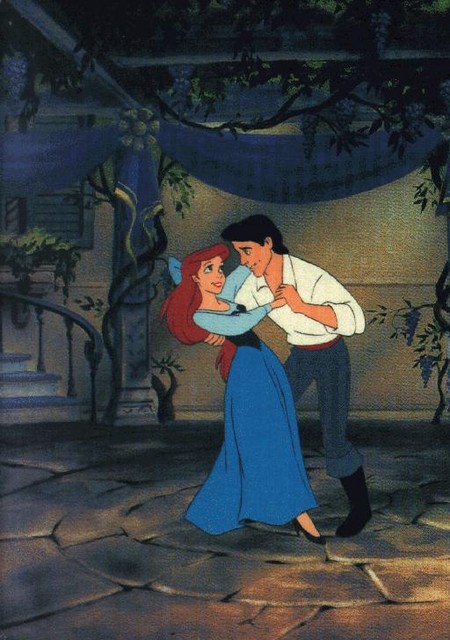 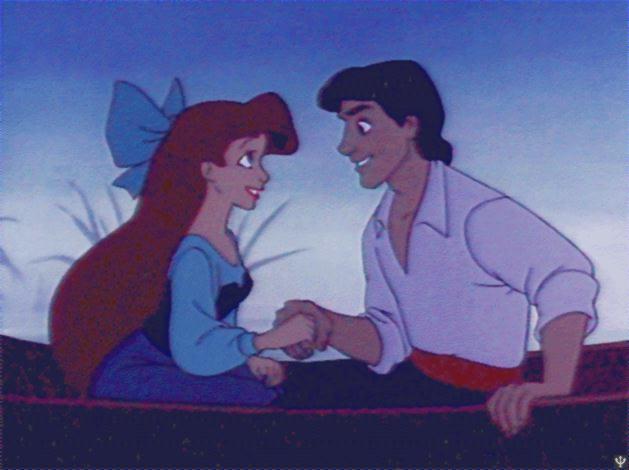 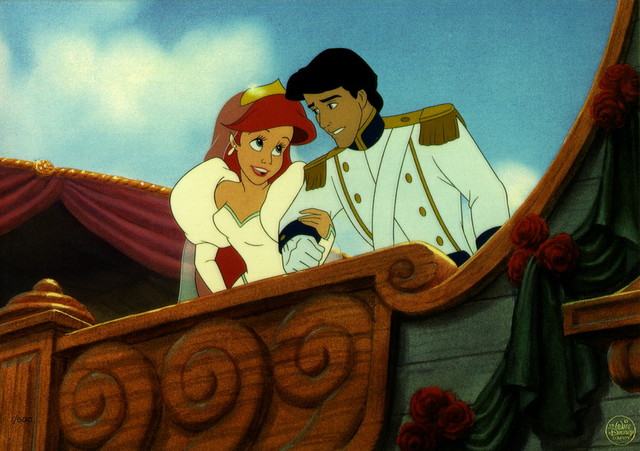 Eric: Believe me, I'll know... without warning. It'll just-BAM-hit me. Like lightning!

Eric: Isn't this great? The salty sea air, the wind blowing in your face... aaah, the perfect day to be at sea!

Eric (upon first meeting Ariel, after she's signed her soul over to Ursula, lost her voice, been turned into a human, and nearly drowned): Gee, you must have really been through something.

Eric: Grimsby, you old beanpole! You shouldn't have!

Vote for Eric as your favorite hero here!

The links page has a few The Little Mermaid pages. Or, go home.