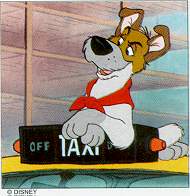 Why Should I Worry
Midnight/Hartman/Joel

Dodger is a cool dog, and he knows it. Based on the Artful Dodger in Dickens' Oliver Twist, the terrier practically runs New York (at least when it comes to the canine population), and he won't let you forget it. When he runs into Oliver, an orphaned kitten, Dodger teaches him the carefree, easy, "Why Should I Worry?" lifestyle, and finds, when he returns home, that Oliver has followed him. Oliver meets Dodger's gang, Francis, Einstein, Tito and Rita, a group of pickpocket dogs who go out every day and try to bring in some revenue to pay off their debt-ridden master, Fagin's, debts to the dark and dangerous loan shark, Sykes. Oliver joins in the work, but in their exploits is found by a little girl named Jenny who lives on the rich side of the city. Lonely, with negligent parents, Jenny adopts Oliver, and takes good care of him. When Dodger and the gang break into her posh apartment to rescue him, Oliver is frustrated at their interference. Fagin, desparate to pay his debt to Sykes by the time Sykes has outlined, and against his better judgment and good heart, sends a ransom note to the address on the new, shiny collar around Oliver's neck. When Jenny appears, alone and vulnerable on the street, Fagin and the gang try to return her, and try to avoid Sykes, or his henchdogs Roscoe and Desoto.

In the end, after the gang visits Oliver and Jenny for Jenny's birthday party, Dodger promises to leave an opening for Dodger in the old gang, saying he could be the Vice President, over the Uptown Chapter. Dodger leads the dogs of NYC on a traffic-stopping promenade of street-smart Dodger coolness.

Dodger is voiced by Billy Joel in his prime.

While Sykes is a definite threat to Fagin, his dobermans Roscoe and Desoto are much more menacing to the four-legged bunch. Dodger's sure he could handle them, though, and isn't afraid to stand up to them. This is a fun little piece of the late 80s. It's classic "in-between" Disney stuff, full of dated music, celebrity voiced performances, and an interesting twist on a Dickens classic. It's often overlooked, like many of the animated films of that part of the decade, but it's definitely one of the classics. 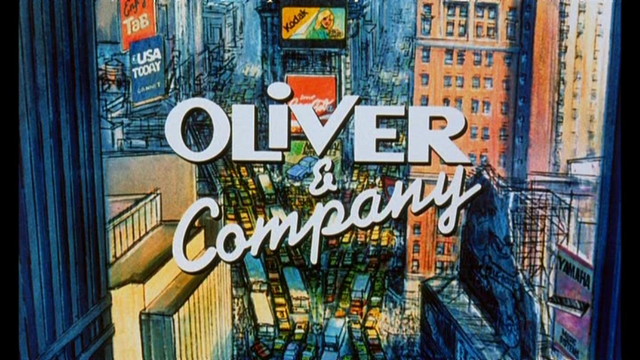 Some pictures of Dodge 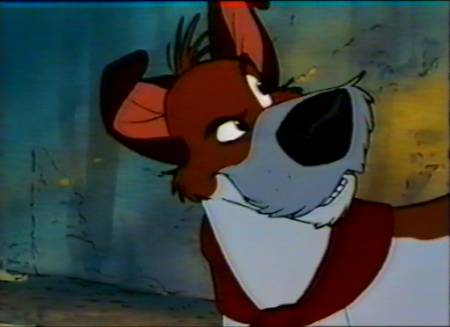 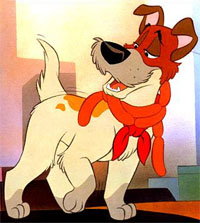 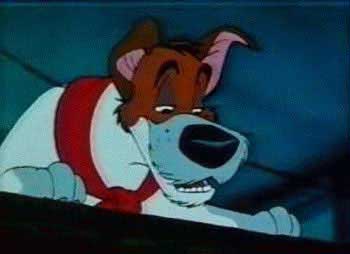 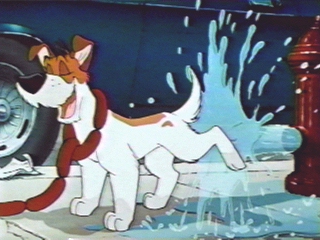 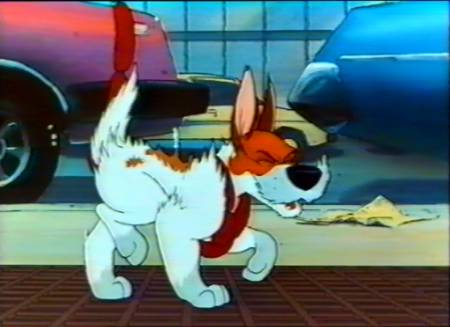 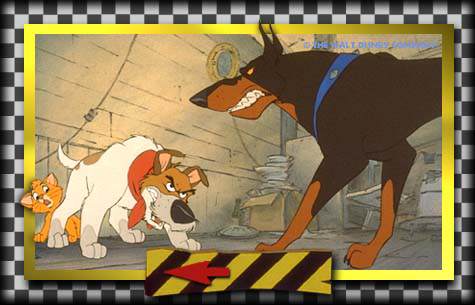 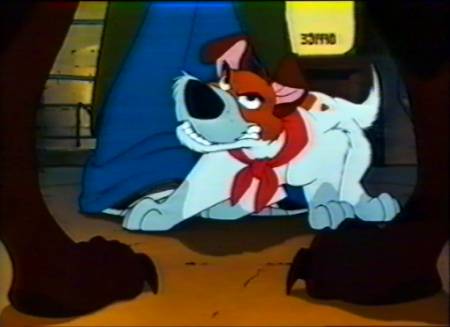 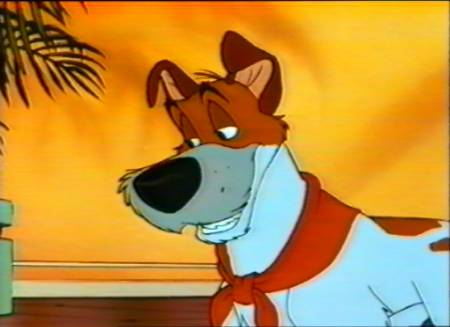 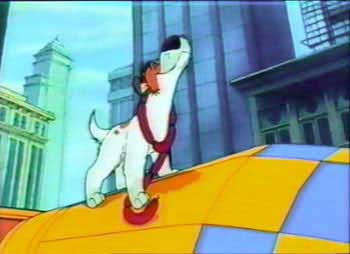 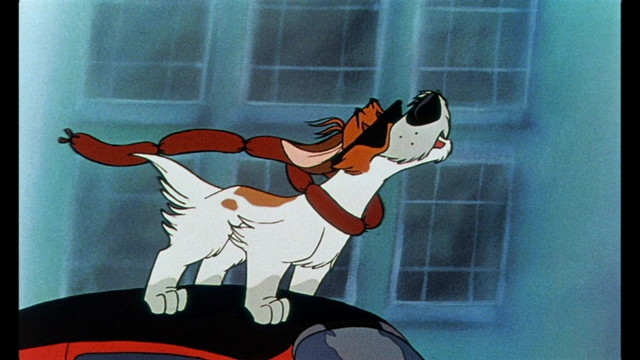 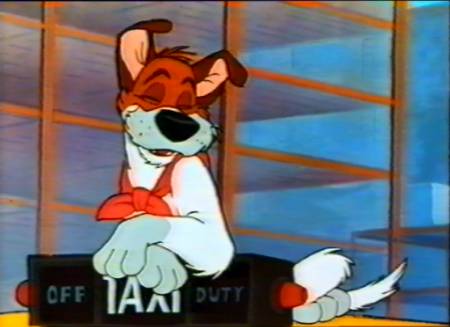 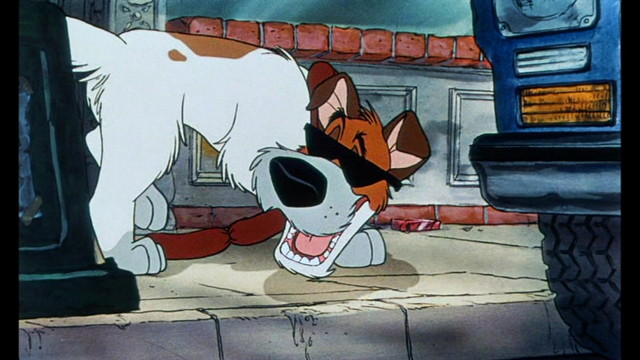 Words from the artful Dodger...

(after stealing the hot dogs)
Oliver: So when are we gonna eat?
Dodger: We?
Oliver: Yeah. I'm starvin'.
Dodger: Listen, kid. I hate to break it to ya, but the dynamic duo is now the dynamic uno.
Oliver: What do ya mean?
Dodger: What I mean is, our partnership is herewith dissolved.
Oliver: But, wait! Wait. You're not being fair!
Dodger: Fares are for tourists, kid. Consider it a free lesson in street savoir faire from New York's coolest quadruped. Check ya later!

Dodger: You wanna leave? Fine! There's the door.
Einstein: But he just got here.
Dodger: Go on. No one's stoppin' ya.

Dodger: Picture the city. 8th and Broadway. The crowd's hustling. The traffic's roaring. The hot dogs are sizzling.
Einstein: I love a story with food in it.
Dodger: Enter Dodger, one bad puppy. Not just out for himself, but community minded. But he's not alone. Enter the opposition. A vicious, ugly, psychotic monster. Gleaming claws, drooling fangs, and nine lives, all of them hungry. He came at me, his eyes burning. I knew my time had come. Suddenly... (Oliver falls from the roof, spooking everyone)

Dodger: Hey, when you got your pals you've got all you need.

Dodger: The city's got a beat, you gotta hook into it, once you got the beat, you can do anything!

Vote for Dodger as your favorite hero here!

Then, I invite the viewers to return to visit the Links page or head back to the Heroes homepage.