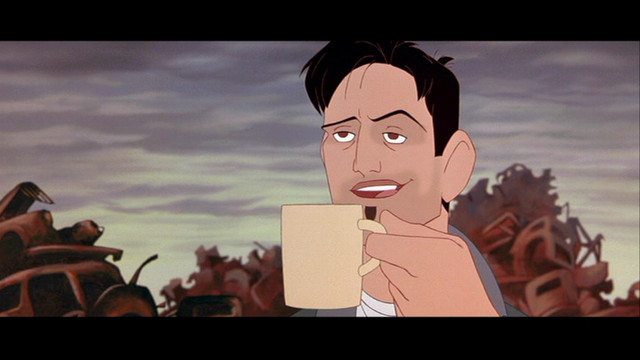 Dean McCoppin is the sort of supporting hero of The Iron Giant (1999).

As the cool, artistic resident beatnik of the small town of Rockwell, Maine, 1957, where this film takes place, Dean is sort of a social loner. The rest of the town don't really take him seriously, but he's cool with that. He's a Bohemian junk man who sells art (or an artist who sells junk, even he doesn't seem to be able to tell the difference), and follows the beat of his own drummer. Dean runs into Hogarth first at the diner where Hogarth's mom, Annie, works, when Hogarth's new "pet" squirrel figures the best place to hide is in Dean's pants. Dean next encounters Hogarth when Hogarth decides a scrap yard is a perfect place to hide a metal-eating giant robot. Dean is reluctant, but after a few cups of espresso and 37 minutes of convincing, Dean lets the robot stay. When Hogarth finds his way back, he's surprised to see that Dean has the giant doing "arts and crafts", working as an advanced type of crane, helping Dean take his art to new heights. Dean is instrumental in hiding the robot from the scheming, self-serving Kent Mansley and the U.S. Government, who would destory the robot without a thought to its origins or its innocence (if unprovoked). Dean is the one who first realizes that the giant only turns into a weapon when shot at, and tries (fruitlessly) to convey that to the government. When the giant sacrifices himself to save the town, flying straight into the Rockwell-bound missile, Mansley is dismissed and the government vacates the area. Dean makes a statue to commemorate the giant's contribution to the town, and Annie, his new wife (girlfriend?), calls it his best work yet.

Dean finds love in the end in Annie Hughes, the patient, sweet and long-suffering mother of Hogarth. Kent Mansley works for the government... and himself. This beautiful, if overlooked film is enhanced greatly by Dean's contrasting character. In a word, he's pretty much cool, in fact, probably the coolest animated character in recent history (probably close in the running with Baloo from The Jungle Book and Dodger from Oliver & Company). This is one of the finest animated films in the entire pantheon, but it's largely underrated, and largely unseen. But of course, according to my First Theory, that doesn't really mean too much. The characters are first-rate, the animation is quite excellent, and it's quite sad it didn't/doesn't get more attention. I love it more each time I see it, and the father-son relationship that blossoms between Hogarth and Dean is one of its major plusses. 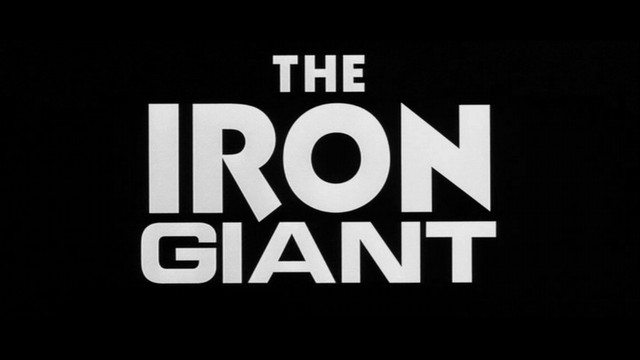 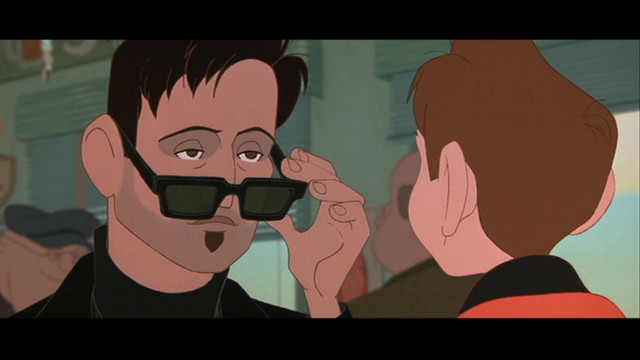 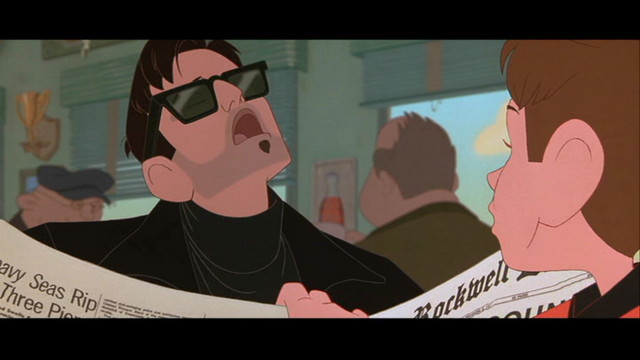 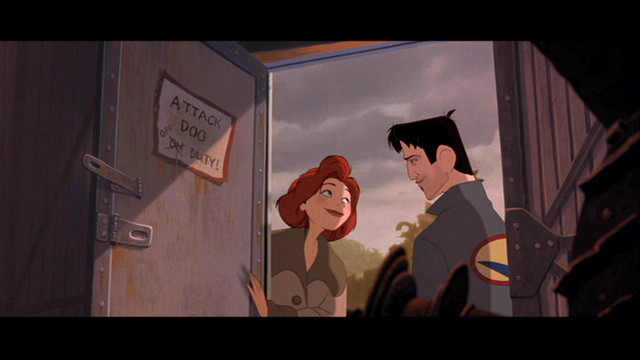 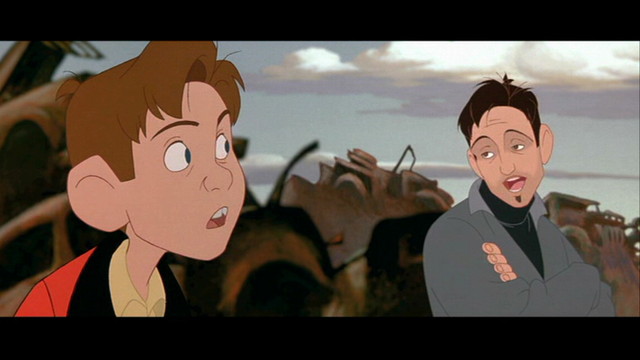 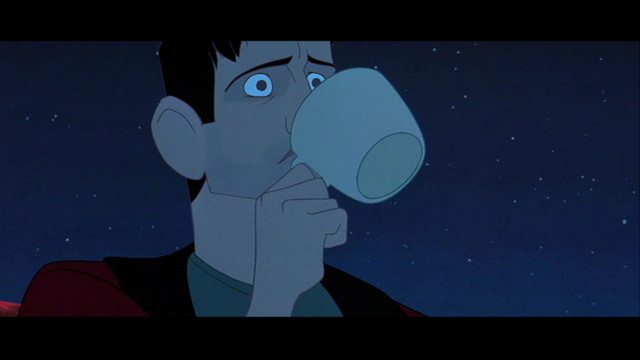 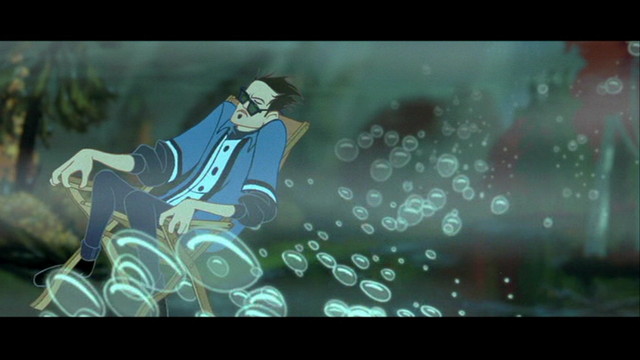 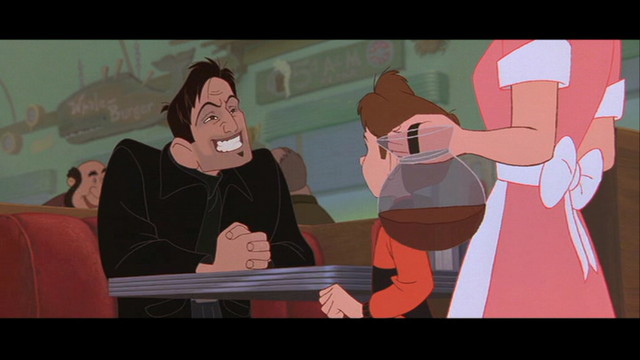 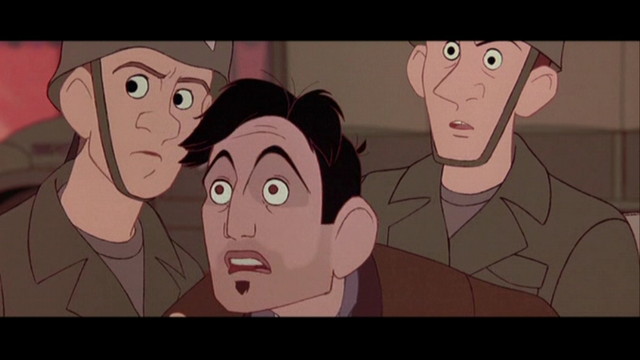 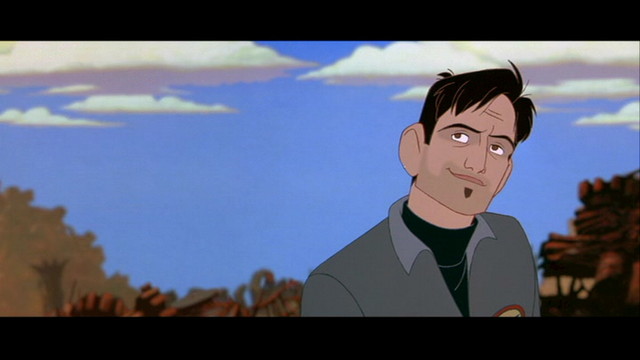 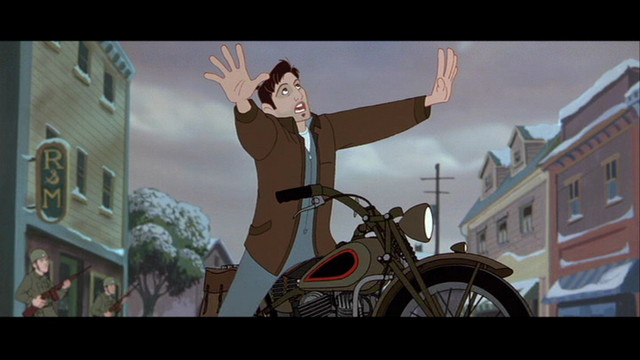 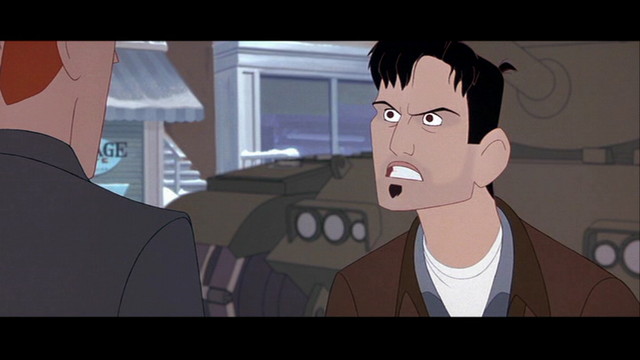 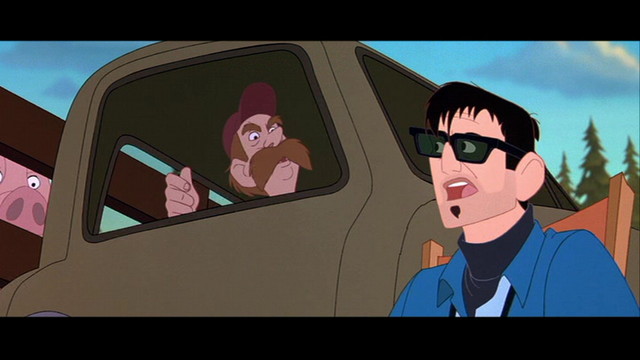 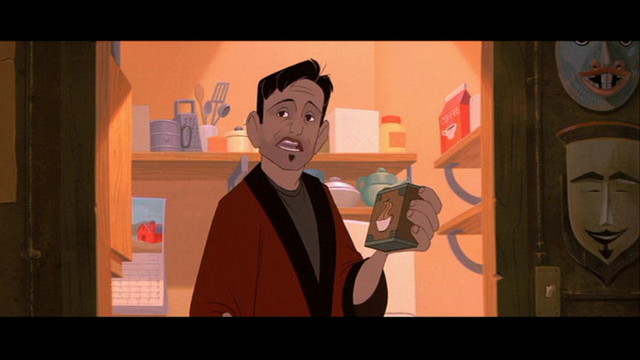 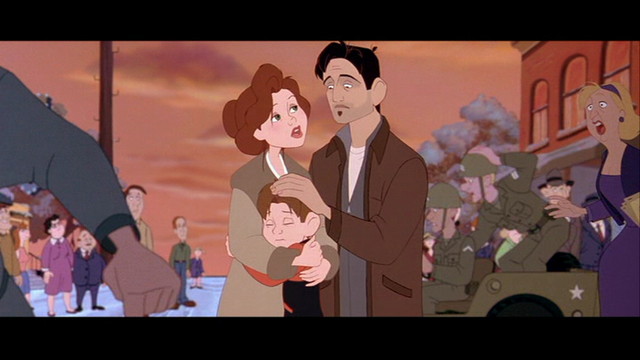 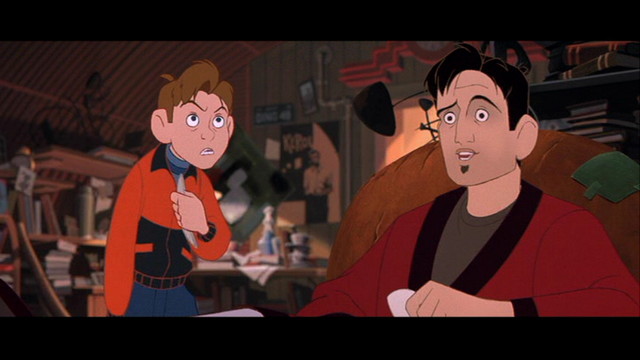 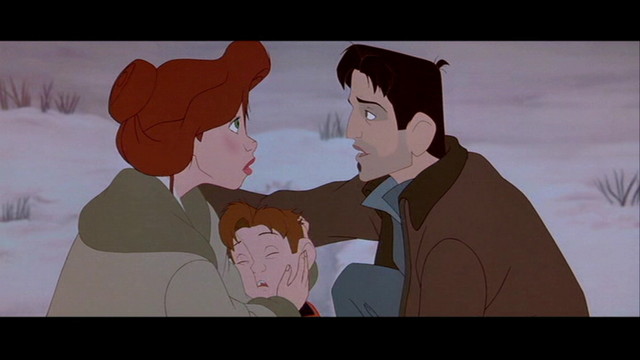 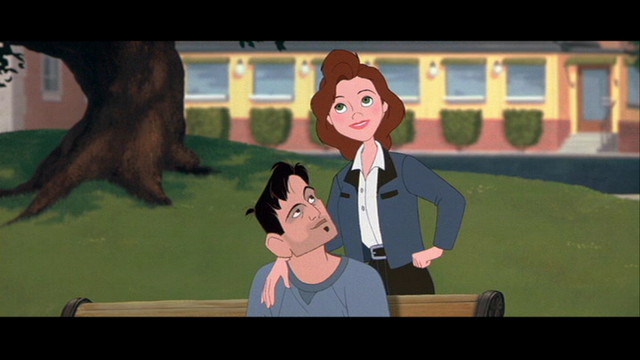 Snaps to Dean for these quotes...

Dean: I'm sorry, kid, I didn't really see anything. But, if we don't stand up for the kooks, who will?

Dean: Found your pet.
Hogarth: Where?
Dean: It's in my leg, man. Squirrel's in my pants, Hogarth, and it's climbing its way out of here.
Hogarth: Don't wig out.
Dean: Okay, it's heading north now. I'm sorry, kid. (to the people in the restaurant) Excuse me! I would like to apologize in advance for this! (zips down his fly to let the squirrel out, which cause a loud commotion in the crowded diner) ....Check, please.


Dean: Sorry about the crowbar, you'd be surprised how many people want to steal scrap, but once I turn it into art I can't give it away. I mean, what am I? A junkman who sells art or a an artist who sells junk? You tell me.

Dean: I'm gonna have some coffee. What do you want, some milk? Or what, milk?
Hogarth: Coffee's fine. Yeah, I drink it, I'm hip.
Dean: I don't know... This is Espresso, you know? It's like coffee-zilla.

Dean: Look, it's really none of my business, kid... But, who cares what these creeps think, you know? They don't decide who you are, you do. You are who you choose to be.

Dean: There are two kinds of metal in this yard: Scrap and Art. If you have to eat one of them, eat the scrap. What you currently have -- in you mouth-- is ART!

Dean: I think that's enough fun for one day.

Hogarth: He's.. my friend.
Dean: Yeah, yeah... and what am I? Am I you friend? Bring some franken-bot with out of state plates down here, make me change my tune. I don't like that jazz... Gaah, I'm tired.

Dean: (Referring to his art) You guys got here just in time. This rich cat, some industrialist, wants him for the lobby of his company. He whipped out his checkbook on the spot. I said "Hey! You got him for the rest of your life, but, what, I gotta let go the minute I give birth?!" I mean, come on, give me some time to cut the umbilical, man.

Vote for Dean as your favorite hero here!

Go here to find some more website about Dean and the film he appears in, or bo back to the Heroes homepage.