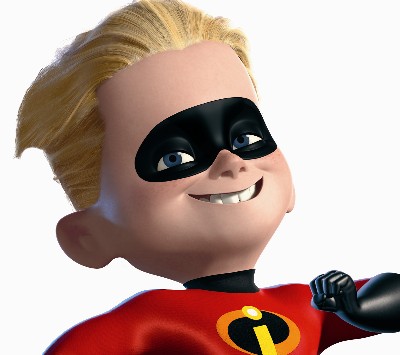 Dash is the pint-sized powerhouse hero from The Incredibles (2004).

Over a decade ago, superheroes were a common societal group, saving people and the day regularly, but things go sour when they get some bad press, and are forced to go into hiding, repressing their super identity. Bob and Helen Parr (bygone Mr. Incredible and Elastigirl), now married and years later, struggle with the regular superheroic task of raising a family. Their middle child, Dash, is a regular little boy, arguing with his big sister, wanting to go out for sports and prove himself, causing trouble at school. He's average, except for the fact that he has super speed capabilities. Bummed that he has to suppress his super powers, he's thrilled when he finds some matching super suits in his mom's room, and when she leaves the house to find their missing father, he and his sister Violet (able to become invisible and produce protective force fields around her) get a babysitter for the baby, Jack Jack, and follow their mom. Dash helps defeat the twisted Syndrome's henchmen, learning the true potential of his powers along the way, and in the end, teams up with his parents and sister to save the town from Syndrome and his giant, destructive Omnibot. Dash finally gets to join the track team, but doesn't show off too much or give away his powers, making his wins and near-wins close.

Dash's nemesis is the jilted and unhinged Syndrome. My personal thoughts and analysis...

This is probably one of the finest films ever made, animated and otherwise. Almost all of the elements are just right, and the themes and messages are beyond compare. Dash is an excellent little hero, small, but packs a punch, and represents a little boy's irrepressible energy and thirst to prove himself as a young man and a contributor to his family and society. He's a great little guy, and a wonderful character. This is a film about family, making things work, and getting through trouble together. Just what society today needs. 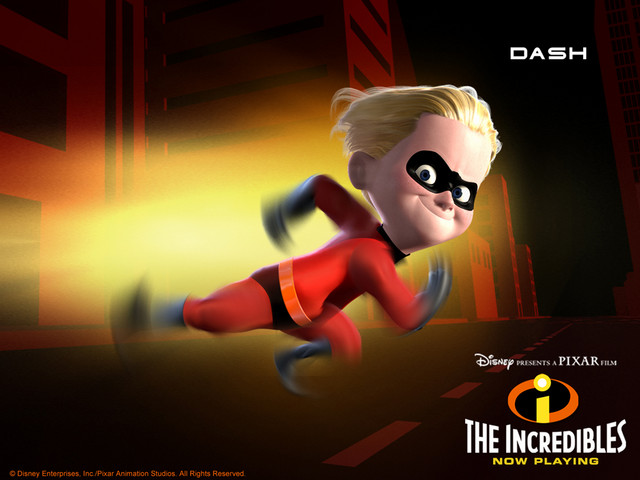 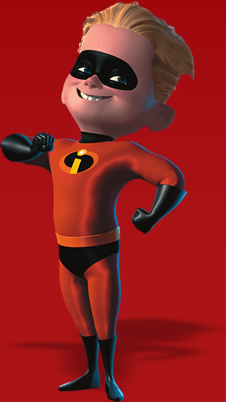 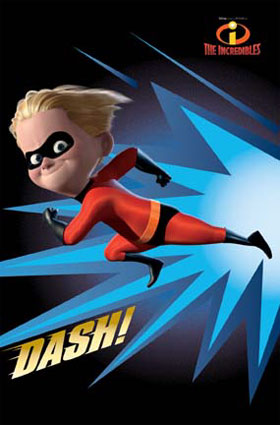 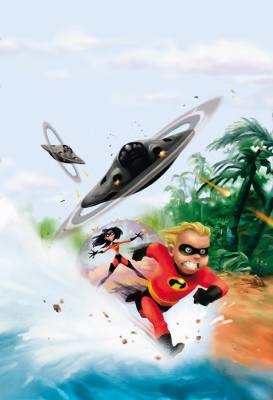 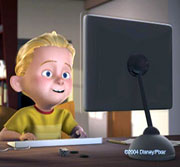 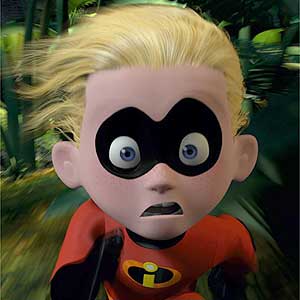 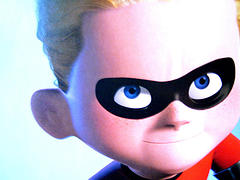 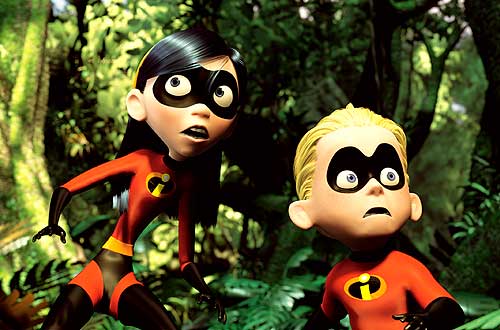 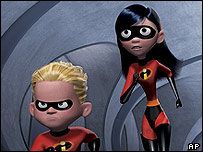 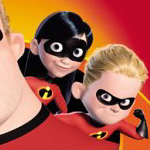 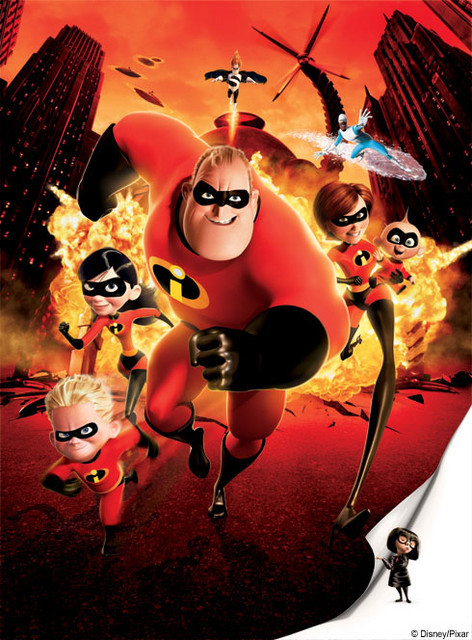 Dash: (with mouth full of water) Hey, Lucius! (spits it out)
Lucius: Whoa! (jumps and freezes water then catches it) Ha!
Dash: Aww, I like it when it shatters.

Violet: (both Violet and Dash are speaking simultaneously) It's not my fault! Dash ran away and I knew I'd get blamed for it and I thought he'd try to sneak on the plane so I came in, you closed the doors so I couldn't find him and it's not my fault!
Dash: THAT'S NOT TRUE! You said, "Something's up with Mom, we have to find out what!" It was YOUR idea, YOUR idea, 100 percent, all yours, all the time IDEA!"
Helen: Wait a minute! You left Jack-Jack ALONE?
Violet: (both start speaking simultaneously again) Yes Mom, I'm completely stupid OF COURSE we got a sitter do you think I'm totally irrisponsible thanks a lot!
Dash: No, we got someone Mom! Somebody great! We wouldn't do that!

Dash: That was the best vacation ever! I love our family.

Dash: Dad always said our powers were nothing to be ashamed of. Our powers made us special.
Helen: Everyone's special, Dash.
Dash: Which is another way of saying no-one is.

(after the Parr's house is destroyed)
Dash: Does this mean we have to move again?

(checking himself out in his superhero costume)
Dash: Look, I'm The Dash. The Dash likes. Yeah-hah.

Dash: You want to go toward the people that tried to kill us?
Helen: If it means land, yes.

(the Incredibles crash/park their RV)
Bob: Is everybody okay back there?
Violet: Super duper, Dad.
Dash: Let's do that again!

(In the RV, traveling to the mainland)
Dash: Are we there yet?
Bob: We get there when we get there!

Dash: She'd eat if we were having Tonyloaf...

Vote for Dash as your favorite hero here!