This page is dedicated to the great classic heroes of Walt Disney's earliest animation. I hope you like reading about and looking at images of Mickey Mouse, Donald Duck, Goofy, Pluto, and Chip & Dale, because this is the place for them! These characters have been around (almost) as long as Disney animation itself, and they are universally recognized icons. They have some classic comedy between them, and this page seems the very least these guys deserve. Frankly, I'm surprised I hadn't thought to include them sooner. 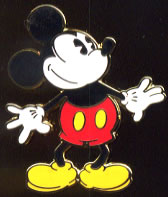 Mickey Mouse is easily the most famous cartoon character of all time (with a couple perhaps close in the running). He's a corporate icon, and the mouse means a lot to millions of fans worldwide. At first, Mickey (originally, before finalized, called Mortimer) was much more of a prankster. Indeed, in one of his first animated shorts, Steamboat Willie, and the ones prior, he was pretty naughty, playing tricks and doing very un-Mickey Mouse things to his foes. When he started to represent the company, however, and all of the standards and morals that had come to mean "Disney", his character had to be toned down a little. He still has personality, but he's certainly not the feisty mouse of his younger days. Mickey has a dedicated lady friend in the similarly iconic Minnie Mouse, and a canine best friend in Pluto. Mickey is the star of many films and animated shorts, including his famous apperance in Walt Disney's concert feature masterpiece, Fantasia (1949). Most recently, he has starred in The Prince and the Pauper (1990) and Mickey, Donald, Goofy: The Three Musketeers (2004). Mickey currently hosts the television program, Mickey's House of Mouse (2001-2002).

Most recently, from the early 1980s on, Mickey's apperances have been voiced by Wayne Allwine, and Mickey was voiced for a few decades by James MacDonald (who also voiced Chip, below), but Mickey was originally voiced by the one and only Walt Disney himself.

When Mickey had to take on the role of company frontman, and therefore behave, Donald Duck was the studio's outlet. Mickey was quite different, but many of his feisty and hot-headed characteristics were passed on to Donald, and even enhanced. Donald is a great guy, but he has serious temper issues, and he's easily frustrated. He's prone to throw a tantrum, and has even been known to smash a thing or two, but generally is genial and affable. His sometimes incomprehensible speech and chatter make him especially interesting. He's conflicted at times, torn by his good-natured self and his hot-headedness, but he's usually able to keep things under control, even when facing the antics caused by the resourceful and tricky chipmunks Chip & Dale, his rich Uncle Scrooge and his three trouble-making nephews, Huey, Dewey and Louie. And honestly, who doesn't love Donald Duck? Donald's perpetual love is the sweet and sassy Daisy Duck. Donald was featured in many shorts and films, most recently including The Three Musketeers. He's also featured regularly on Mickey's House of Mouse (2001-2002), has appeared occasionally on Duck Tales (1987-1990) as well as starring in a bygone series called Quack Pack (1996-1997).

Donald was voiced in recent years by Tony Anselmo (who, interestingly, has a few animation credits to his name), but before that, he was voiced by the brilliant Clarence "Ducky" Nash for almost 50 years. 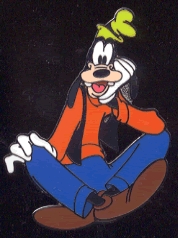 Goofy, originally called "The Goof" is the subject of some of Disney's best and funniest animated shorts. Goofy's antics involving sports, driving, dieting, work and kids spoke to a generation, and still do. He's dauntless in his efforts and unphased by his failures. Goofy is featured in many animated shorts, and is also the subject of a couple of films, A Goofy Movie (1995) and An Extremely Goofy Movie (2000), where he worked through his problems with his son Max, and found love in a sweet librarian named Sylvia Marpole. Goofy also starred in a TV series entitled Goof Troop (1992-1993).

Since the late 1980s, Goofy has been voiced by Bill Farmer, he was once given his voice by Hal Smith (in 1983's Mickey's Christmas Carol), but was originally voiced by Pinto Colvig (who also voiced Popeye's nemesis, Bluto). 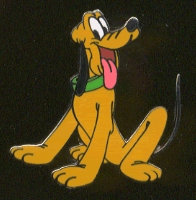 Pluto is the faithful canine companion to Mickey Mouse. He has joined the mouse on hunting trips, birthday parties, safaris, and often appears in Mickey's current TV show. Pluto, while never speaking, has a range of emotions and has a lot to say. He's had his share of love, and rivalry in the house (from the occasional cat, or the odd baby seal), but he's essentially the perfect best friend for Mickey, adding a contrast in the house.

Pluto's canine sounds were provided by Pinto Colvig at first (who provided Goofy's voice as well), but more recently he has been voiced by Bill Farmer, also a voice actor for Goofy. 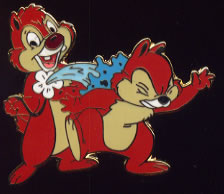 Chip & Dale are a couple of chipmunks who have more than once caused general chaos regarding Mickey, Pluto and Donald's adventures. They are different in their own ways, but work as a team. While Chip is the leader, a little more intelligent, Dale is the comedic, sometimes clownish counterpart. Clever, resourceful, and generally unphased by their surroundings, they are usually able to make their situation work to their advantage. They are featured in many shorts, and were the stars of Chip & Dale's Rescue Rangers (1989-1992), part of the Disney Afternoon.

These guys have surely been voiced by a few different people, but for the most part Dessie Flynn provided the voice for Dale, and James MacDonald provided the voice for Chip. In the television series, Chip was voiced by Tress MacNeille, who has an impressive resume, not only voicing Chip, but also Gadget and Zipper, not to mention scores of other characters from animated series and films. Dale (and Zipper, on occasion) was voiced in the series by Corey Burton, whose voice you might remember as Sandy Claws from The Nightmare Before Christmas and as Moliere in Atlantis: The Lost Empire, as well as in many Disney films and attractions.

Pictures of the Mouse and his crew 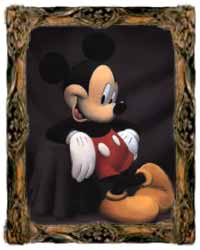 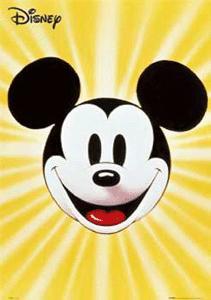 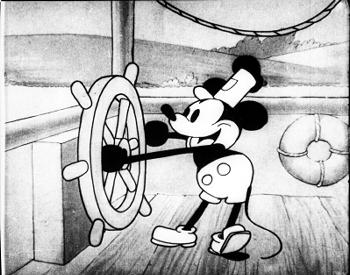 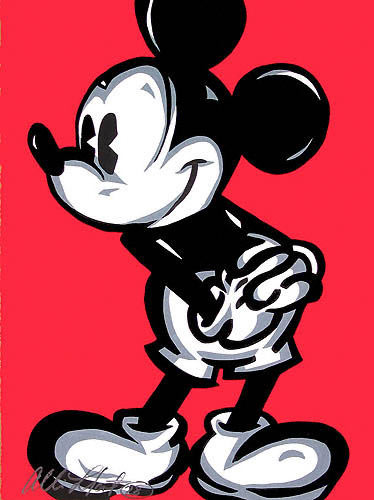 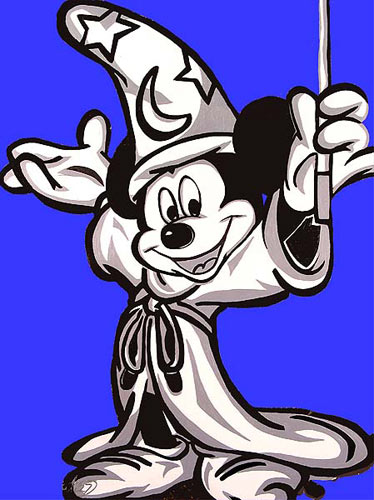 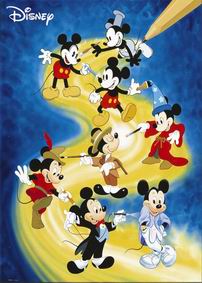 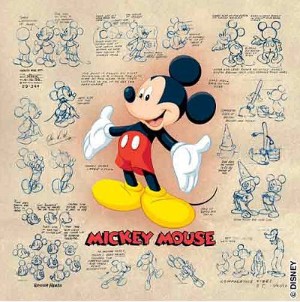 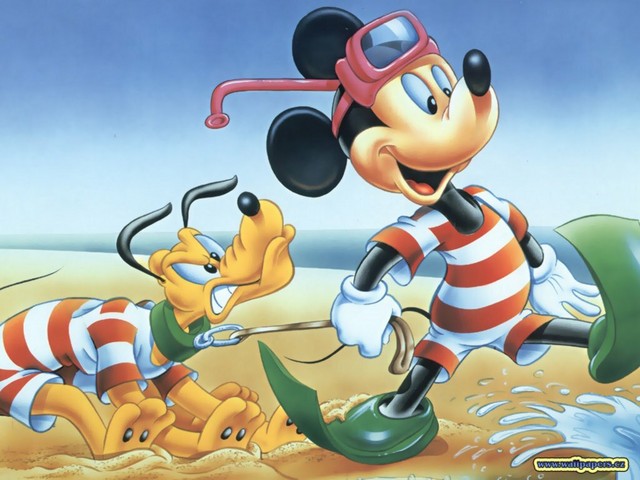 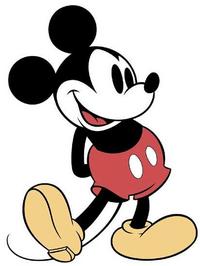 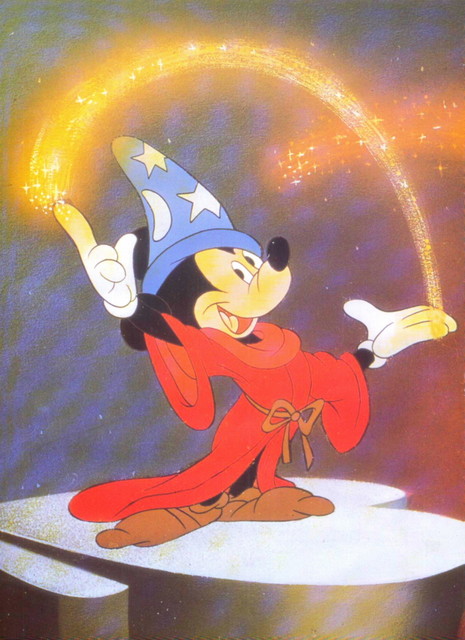 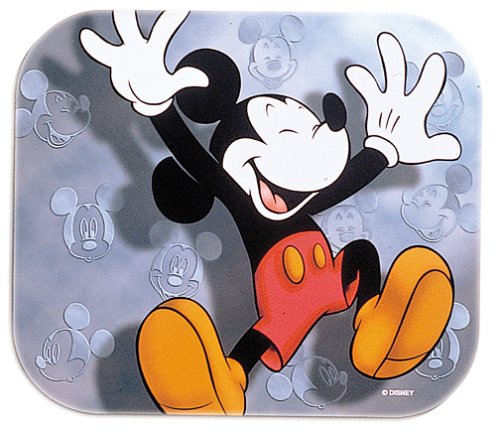 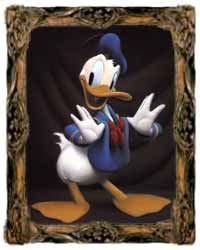 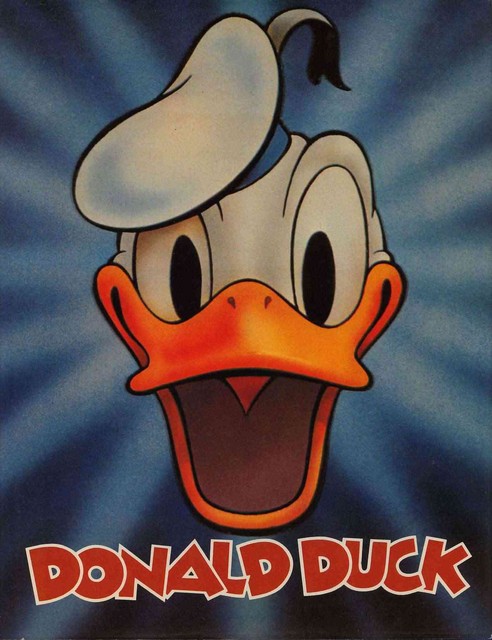 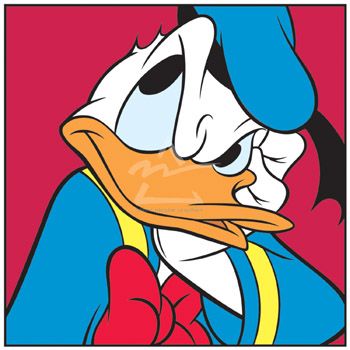 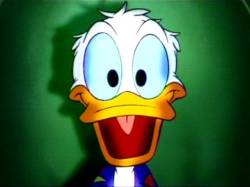 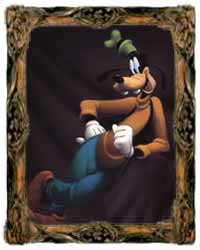 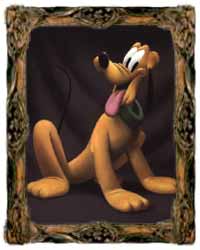 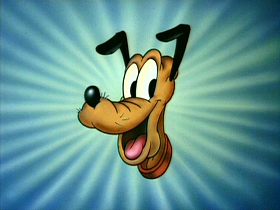 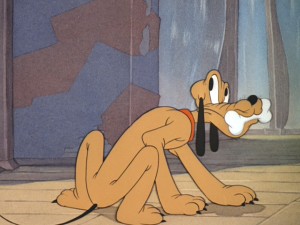 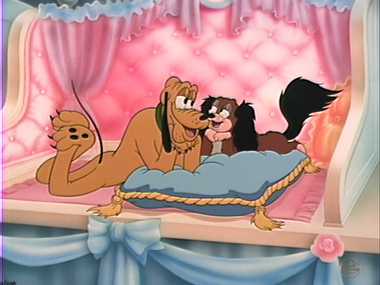 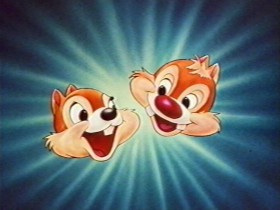 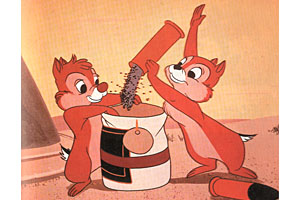 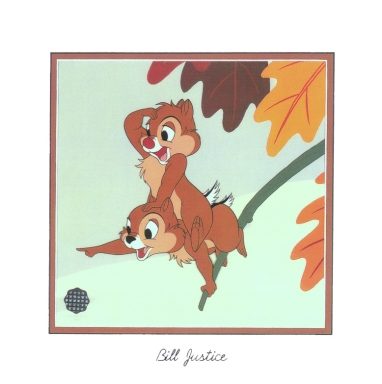 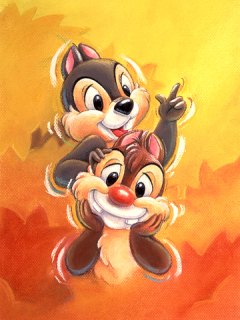 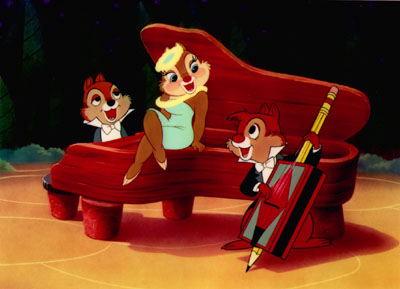 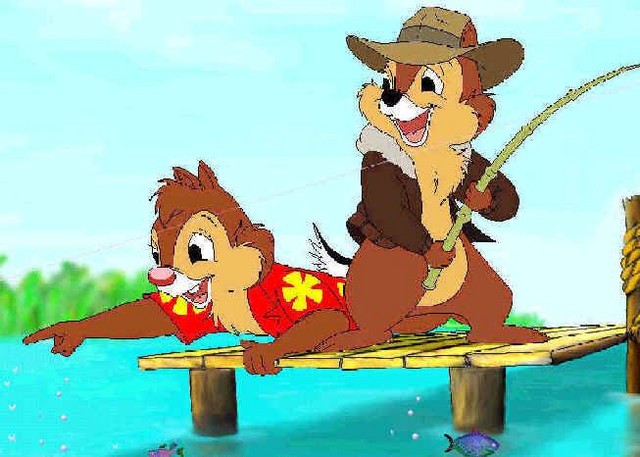 Quotes from Mickey and the gang

Vote for the classic Disney fellas as your favorite heroes here!