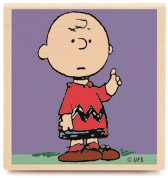 Charlie Brown is the true underdog, a total champion for those who were picked on and belittled growing up. He's not particularly brilliant or clever, not terribly athletic (although he does his darnedest managing that baseball game), not at all popular (which he's often painfully reminded of by his peer nemesis, Lucy Van Pelt), is pushed around by everyone he knows, including his beagle Snoopy, and has a hopeless crush on a seldom-seen Little Red-Haired Girl. He gets depressed, he gets discouraged, and he's often told the truth painfully and bluntly by his little sister, Sally, his best friend, Linus and his sister, Lucy, and even the girl who harbors a crush on him, Peppermint Patty. There's a little bit of Charlie Brown in all of us, and that's part of his charm. He's always be the round-headed kid who just can't seem to win a baseball team, who finds comfort in writing and receiving letters from penpals, and is matter-of-fact about life and the way things are. But he's always just optomistic enough in the end, to survive and keep going. He really is one of the greatest underdog heroes in the history of fiction, resilient and always able to find something to be happy about. He's a good man, that's for sure.

While Charlie Brown has been voiced by many kids, the main voice actors for the series were Brad Kesten and Brett Johnson.

Charlie Brown has an unrequited one-sided romance with the elusive Little Red-Haired Girl. While Charlie Brown faces his share of bullies, his greatest nemesis is himself and his own low feelings of self-worth and discouragement. 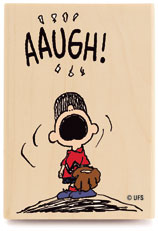 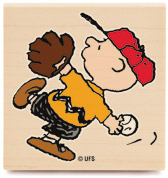 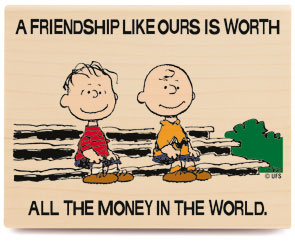 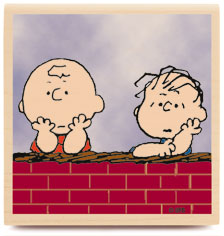 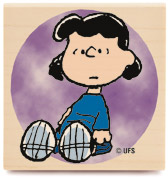 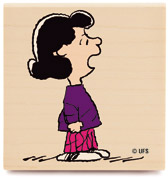 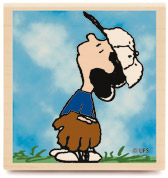 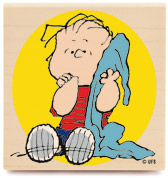 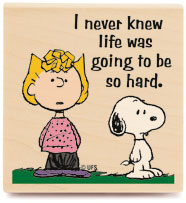 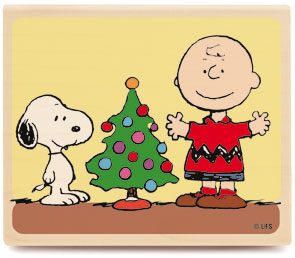 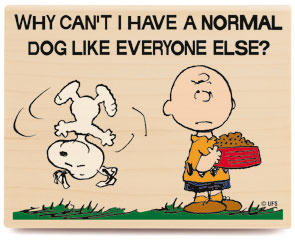 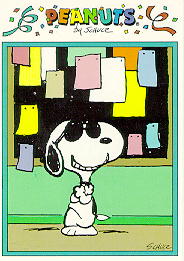 Linus: You know, Charlie Brown, they say we learn more from losing than from winning.
Charlie Brown: Then that must make me the smartest person in the world.

Linus: Life is difficult, isn't it, Charlie Brown?
Charlie Brown: Yes, it is. But I've developed a new philosophy. I only dread one day at a time.

Charlie Brown: I'm depressed, Linus. I need an encouraging word to cheer me up.
Linus: Happiness lies in our destiny like a cloudless sky before the storms of tomorrow destroy the dreams of yesterday and last week.
Charlie Brown: I think that blanket is doing something to you.

Charlie Brown: You know what I need? I need more 'hellos'.

Charlie Brown: Rats. Nobody sent me a Christmas card today. I almost wish there weren't a holiday season. I know nobody likes me. Why do we have to have a holiday season to emphasize it?

(Charlie Brown hangs an ornament on the tree; it bends over)
Charlie Brown: I killed it. Everything I touch gets ruined.

Vote for Charlie Brown as your favorite hero here!