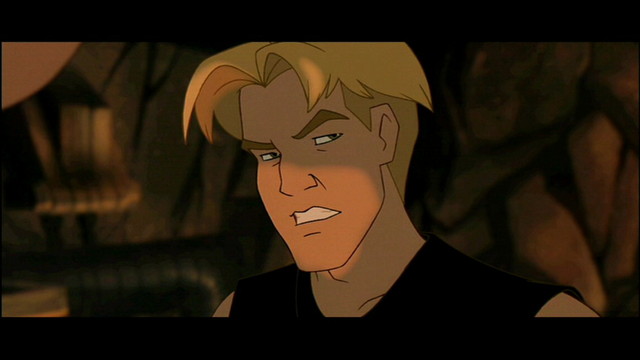 Just before Earth exploded in 3028, young Cale Tucker was sent to a drifter colony, and his father gave him a ring, saying that as long as he had it, there was always hope, and left help in the galactic battle. As the ship flew away, Cale watched the planet explode, with his father on it. More than a decade later, the Earth a distant memory, Cale still harbors negative feelings for his father, feeling he abandoned him. He's resigned to a life of monotony and futility, working in a galactic junkyard, making scrap of old space crafts. When Korso, an old friend and comrade of his father's, appears and indicates that he needs Cale's help, Cale, jaded and damaged as he is, refuses. His mind is changed for him when the Drej, a vicious alien race made of pure energy appears on board, looking for him.

Cale is voiced with appropriate angst by Matt Damon (and looks surprisingly like Damon's 1997 character Will Hunting).

Cale and Akima eventually are able to melt away the ice that initially keeps them apart, and in the end are rather like Adam and Eve figures on New Earth. While the Drej are the real enemy, Cale's biggest conflict is in himself, and forgiving his father for abandoning him. Also, Korso's betrayal makes him and his crew a pretty serious threat. What do I think?

This is a very overlooked film. I think I remember even I didn't see it in the theater. But it has some very redeeming qualities. Sure, Treasure Planet has some shadows of this film in it, but they're both individual and unique films with different messages. Cale is sort of the anti-hero, not at all the dashing, conventional hero of most animated films, sporting a tattoo and a permanent smirk, and spouting sardonic, cynical statements at every turn. His match is met in the capable and exotic Akima, and their relationship is one of the most interesting parts of the film. Technically, it's pretty dazzling, loaded with ultra-cool computer graphics and special effects, and a load of interesting (sometimes jarring) alien characters. It's worth a watch just for the journey, and the fun idea of a New Earth. 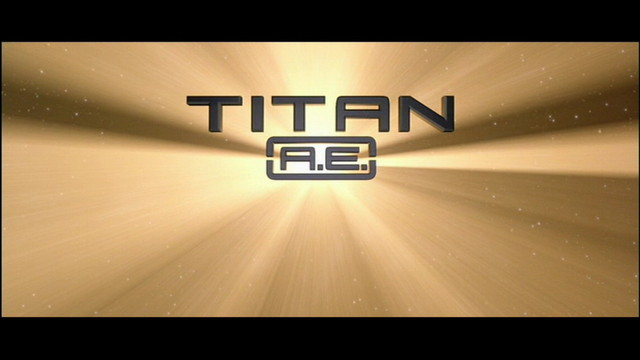 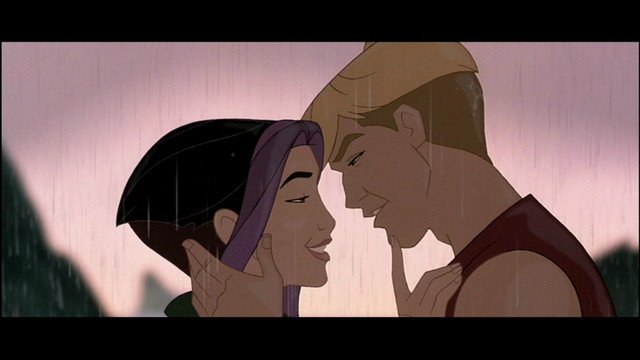 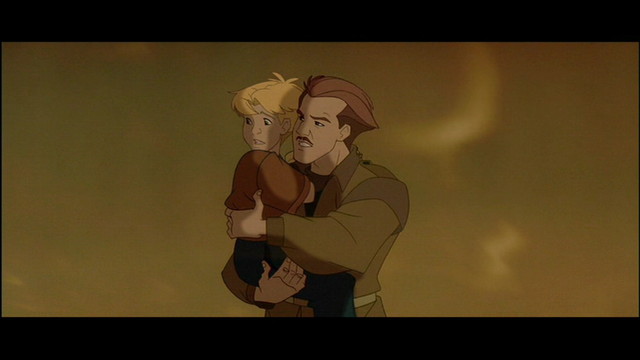 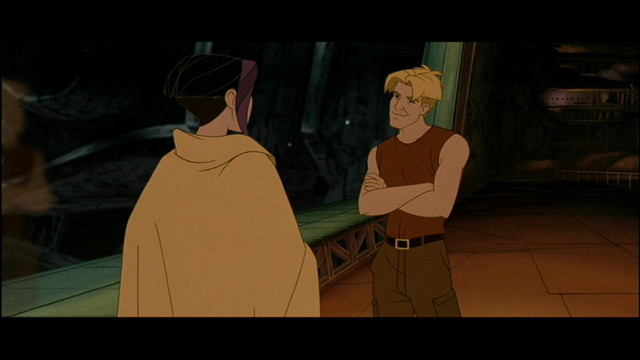 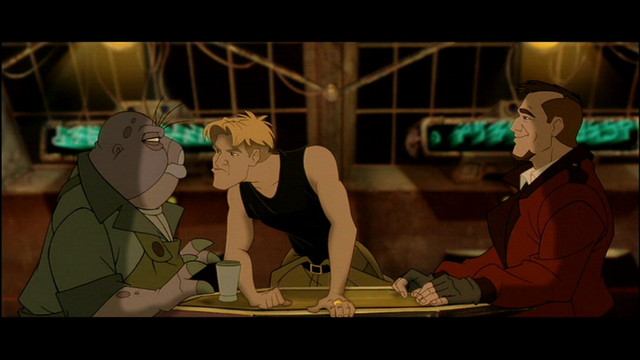 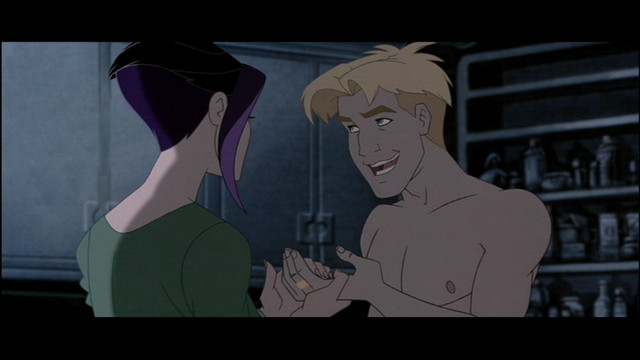 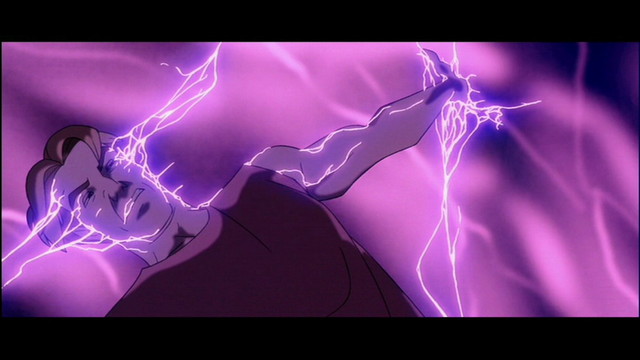 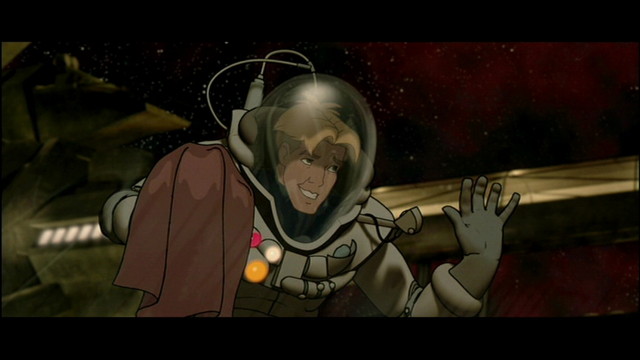 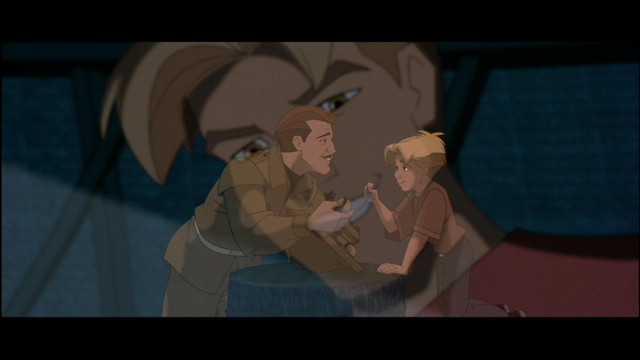 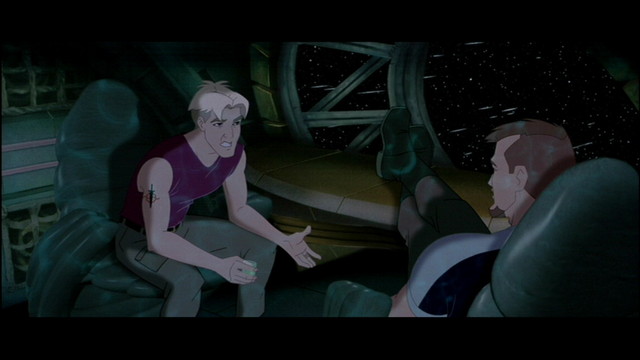 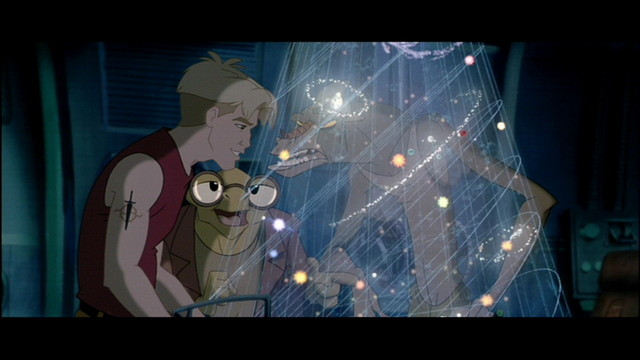 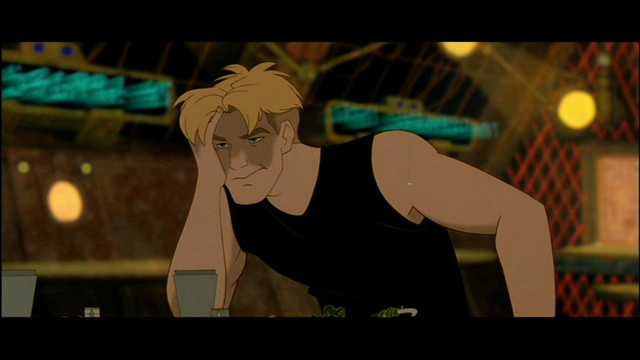 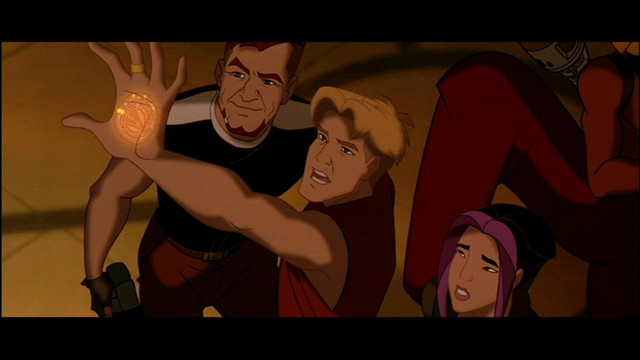 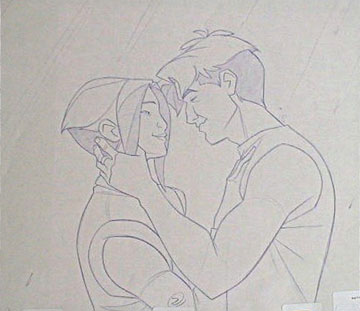 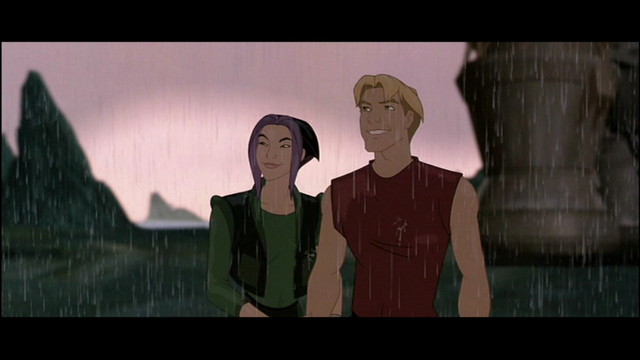 Akima: You can't call a planet "Bob."
Cale: So now you're the boss. You're the King of Bob.
Akima: Can't we just call it "Earth"?
Cale: No one said you have to live on Bob.
Akima: I'm never calling it that.

Cale: The least they could do is kill my food before I eat it.

Cale: I happen to be humanity's last great hope.
Preed: I weep for the species.

Cale: Everyday I wake up and it's still the same boring present. I don't think this future thing exists.

Cale: Maybe I've been wrong all these years, and it’s taken your inspiring speech to make me see it. You've really changed me. It's beautiful. I think we've gotta hug.

Akima: [Cale is in the med-lab in nothing but a towel; Akima is tending to his wounds] Preed, hand me the probe.
Cale: The probe? Where does the probe go?

Vote for Cale as your favorite hero here!

Check out the links page for more about Cale, or head back to the Heroes homepage.