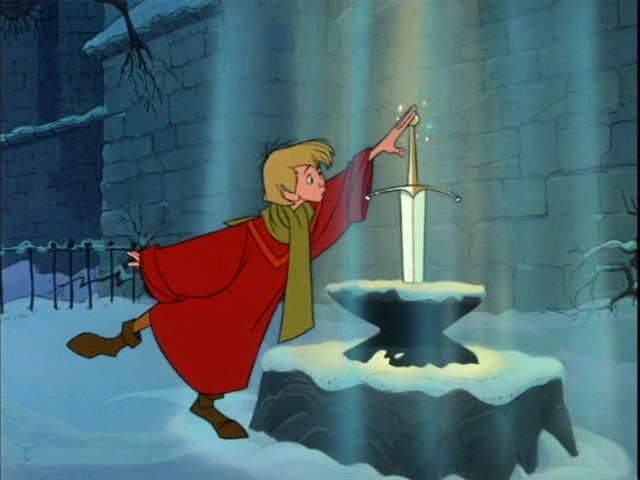 For every to there is a fro
For every high there is a low
And that's what makes the world go round!

That's What Makes the World Go Round
Sherman/Sherman

Arthur is the wide-eyed hero from The Sword in the Stone (1963).

Arthur (unceremoniously called "Wart" at home) is the unknowing future king of England, chosen by a higher power, and completely unaware of his own potential and destiny. The all-knowing Merlin, having seen the future, is perfectly aware of Arthur's fate, and makes sure to point the boy in the right direction. When Wart drops in on Merlin in his cottage in the woods, Merlin invites himself (and his delightful curmudgeon of an owl companion, Archimedes) to stay in the castle, owned by Wart's master, Sir Ector, and his doofus would-be knight son Kay. Wart's nickname seems appropriate, considering how Ector and Kay treat the boy, like something unpleasant they wouldn't mind getting removed. Still, Merlin directs the boy in the right direction, teaching him what he needs to know. Merlin's methods are particularly noteworthy, as he transforms himself and Arthur into animals to make his points. By turning Arthur into a fish, he learns about opposition, the need for opposites-- water and land, to and fro, stop and go (that's what makes the world go round). When Arthur is transformed into a squirrel, he learns the importance of companionship and compassion, when he has to disappoint an smitten lady squirrel that he's actually a real boy. Finally, when Arthur is turned into a sparrow, not only is he able to live out every human's burning desire to fly, he learns the importance of the difference between good and evil, particularly during Merlin and Madam Mim's brilliant Wizards' Duel.

When Arthur is squired to assist Kay at a tournament in London, Merlin is disappointed that Arthur seems to be ignoring his potential, and blasts himself to Bermuda, a place which hadn't even yet been discovered. Arthur goes to the tournament, and having forgotten Kay's sword, grabs the only one he can find, which happens to be in a courtyard in the middle of a square, and stuck in an anvil. As heavenly lights descend and an ethereal choir calls out, Arthur fulfills his destiny by pulling out Excalibur, the Sword in the Stone.

While the credits indicate a few actors, Arthur is principally voiced by Ricky Sorensen.

Wart's nemesis is largely his position, as his lowly status is definitely keeping him from his destiny as King of England. Throughout, how, he has run-ins with a wolf, a barracuda, a particularly amorous lady squirrel, a hawk, and the Magnificent, Marvelous, Mad Madam Mim. How do I feel about Disney's take on the Arthurian legend?

I think it's one of Disney's great character studies, the interaction between Merlin and Arthur is quite brilliant. There's some of the best character animation in history in the squirrel sequence (that stuff it revolutionary, and from characters who don't even speak), and the themes about identity and worth and realizing your potential is quite potent, even and especially today. 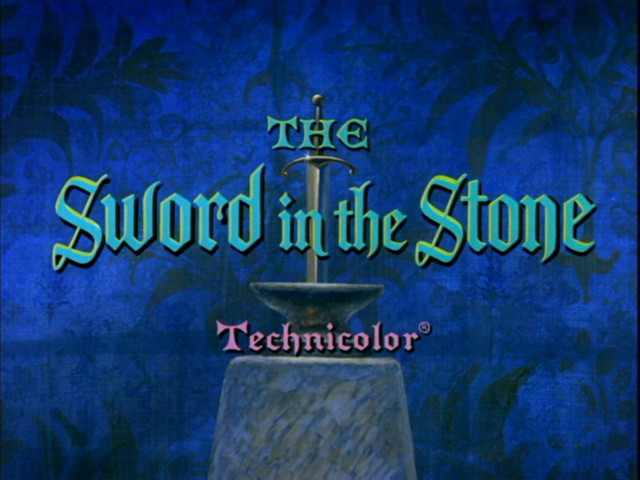 Images of the boy who would be king: 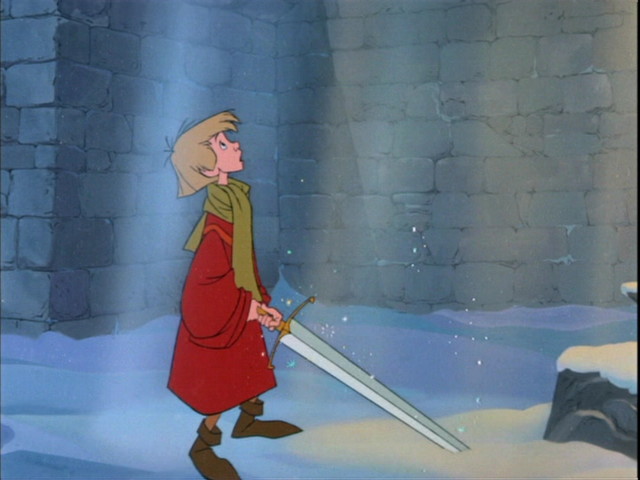 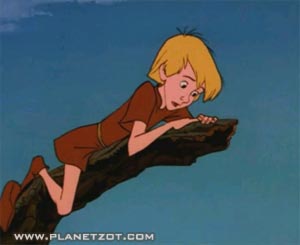 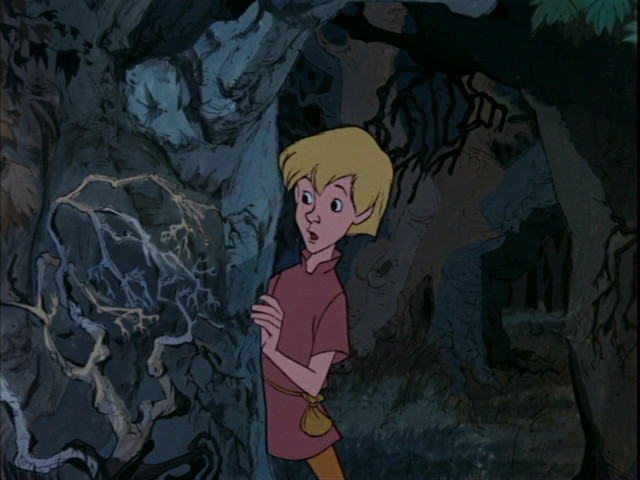 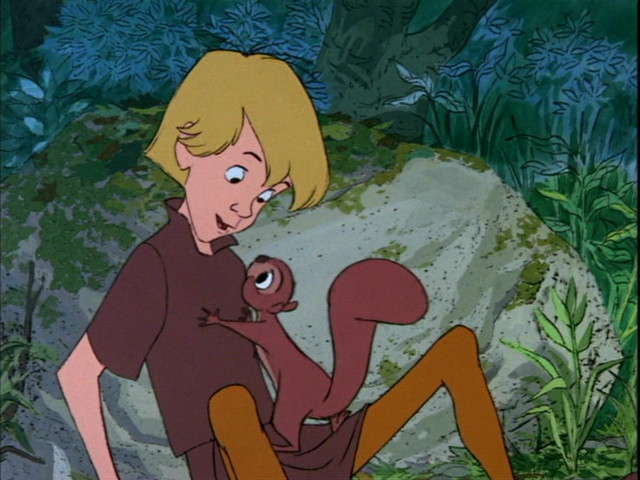 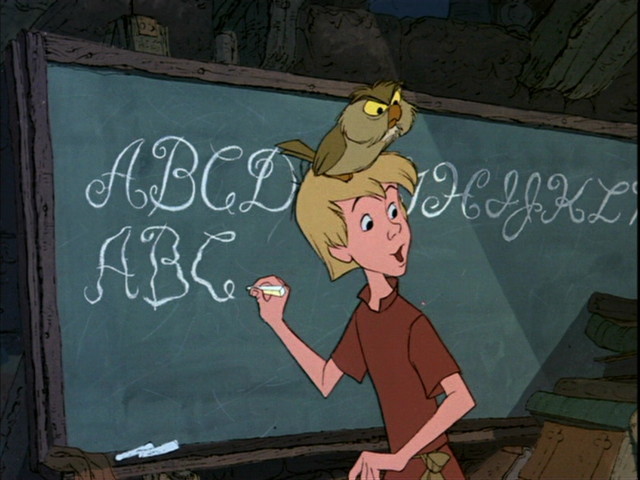 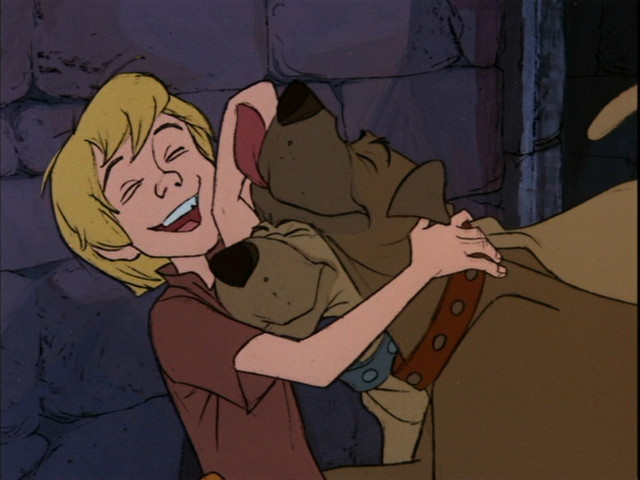 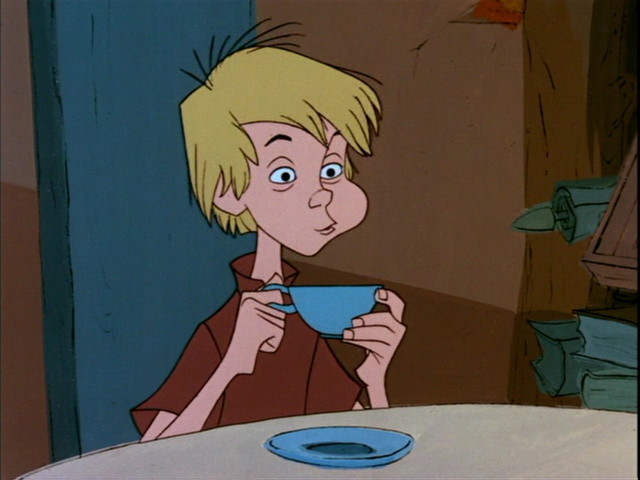 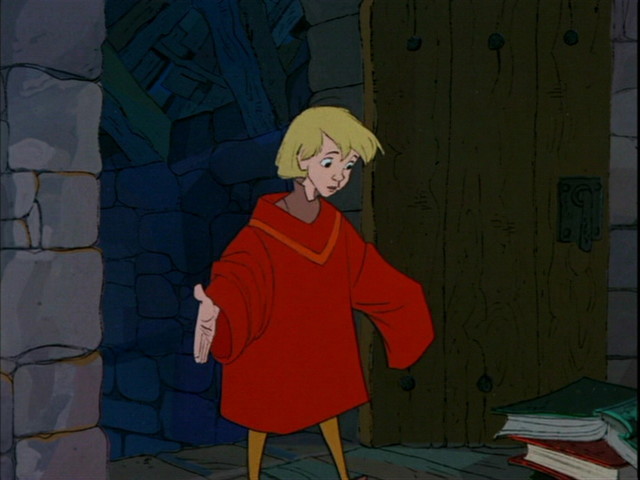 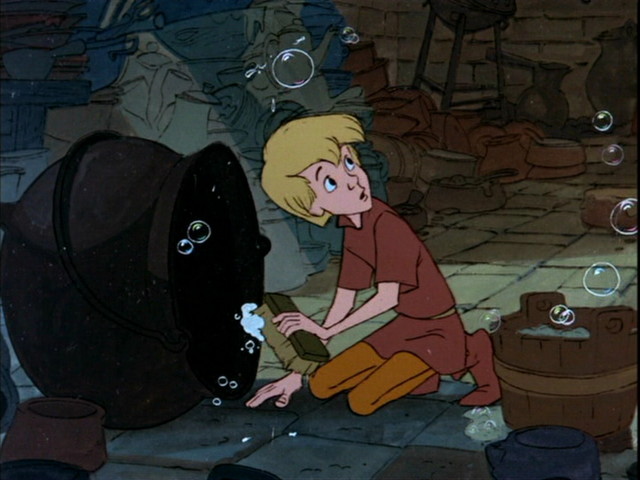 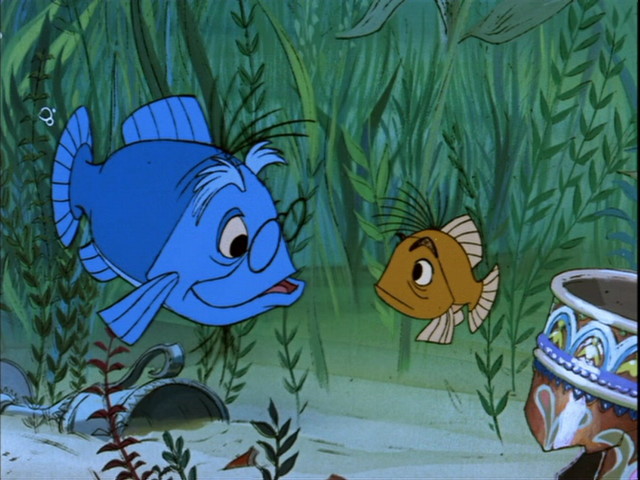 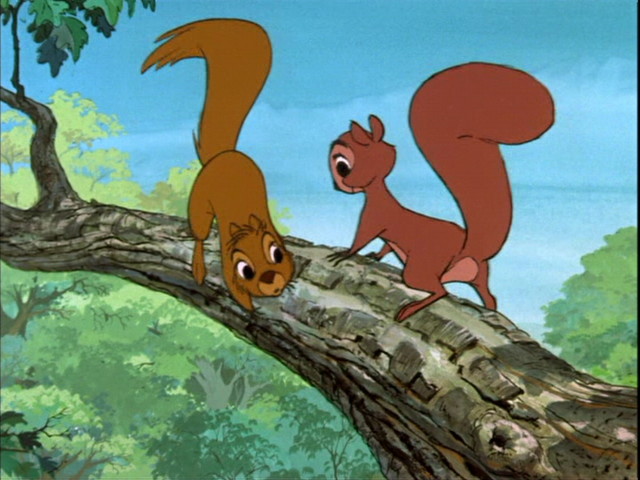 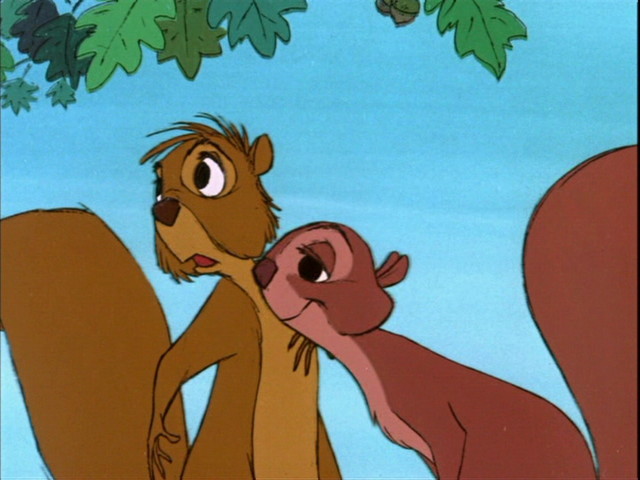 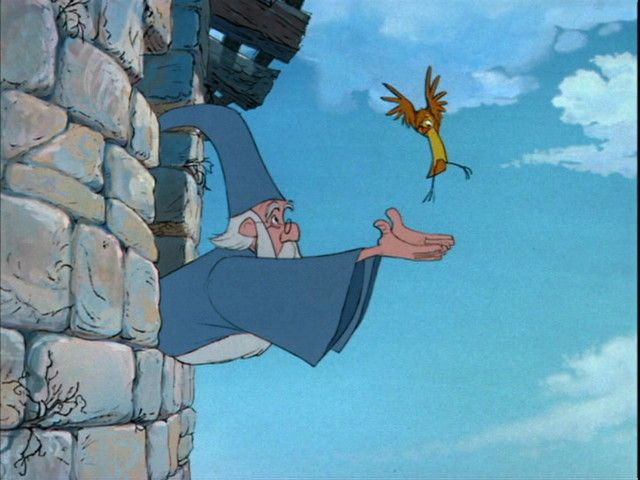 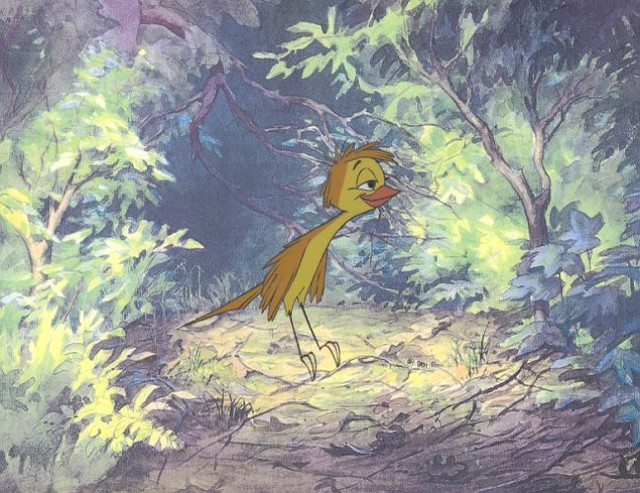 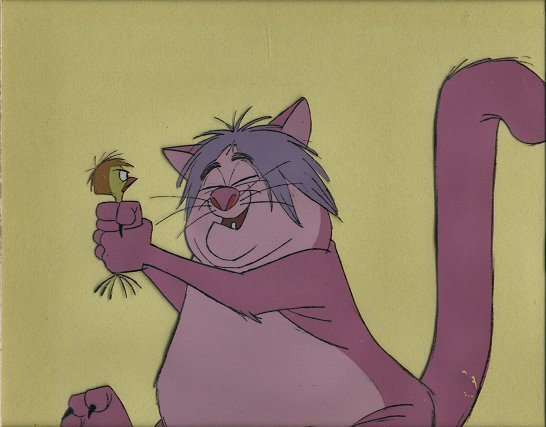 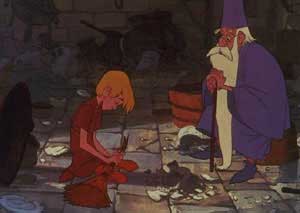 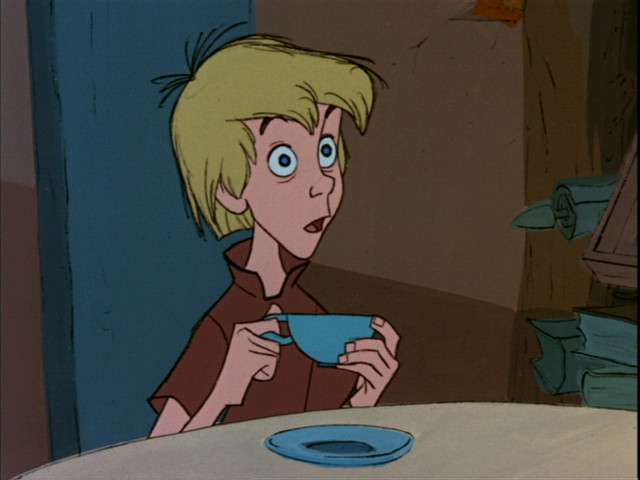 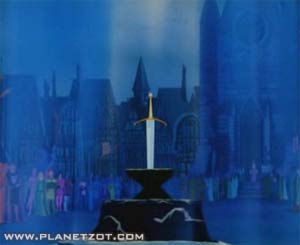 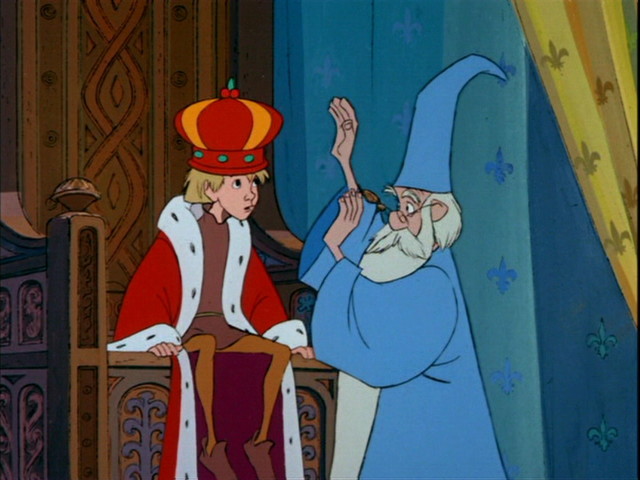 Quotes from the Wart:

Merlin (about Archimedes): When he stays out all night, he's always grumpy the next morning.
Arthur: He must stay out every night.

Arthur: Meriln! Merlin, I swallowed a bug!
Merlin: Oh, well, what's wrong with that? After all, you are a fish. Instinct, you know.
Arthur: But you said I have no instinct.
Merlin: Oh, I did. Well that's neither here nor there.

Madame Mim: Say, lad, did you know that I can make myself uglier yet?
Arthur: That would be some trick - I mean...

Archimedes the Owl: If the boy goes about saying the world is round, they'll take him for a lunatic.
Arthur: The world is round?
Merlin: Yes. Yes, that's right, and it also goes a-round.
Arthur: You mean it'll be round someday.
Merlin: No, no, no, it's round now. Man will discover this in centuries to come. And he will also find that the world is merely a tiny speck in the universe.
Arthur: Universe?
Archimedes the Owl: You're only confusing the boy. Before you're through, he'll be so mixed up, he'll... he'll be wearing his shoes on his head!

Arthur: I'm in an awful pickle. I'm king!
Archimedes the Owl: He pulled the sword from the stone.
Merlin: Ha ha! Of course, of course. King Arthur and his Knights of the Round Table.
Arthur: Round table?
Merlin: Oh, would you rather have a square one?
Arthur: Oh, no. Round will be fine.

Vote for Arthur as your favorite hero here!

See more in the Links or head back to the Heroes homepage.